Nearly every day on television, advertisements appear with solutions guaranteeing that people can develop the prototypical “six-pack” of abs by following simple and short programs. The term “six-pack” refers to the easily identifiable six separate muscle bellies, which can be seen between the beltline and rib cage when a person is athletic and lean.

This contrasts sharply with the belly most often associated with the other kind of six-pack: the familiar cluster of six cans of beer, lined up in formation within a plastic set of rings, condensing moisture with their frosty coldness. Stand outside any convenience store and you rarely see one “six-pack” associated with the other. Seemingly, a desire for one type of six-pack is exclusive of the other, as most regular drinkers appear to be severely overweight or obese.

This has led most nutrition gurus to the conclusion that ideally, alcohol should be absent from the diet plan of any person serious about losing weight or maintaining a healthy bodyweight. However, considering the national obsession with recreational drinking, realistic nutritionists have attempted to compromise, allowing one drink per day. The justification is it doesn’t lead to excess calorie consumption, so it’s ok. 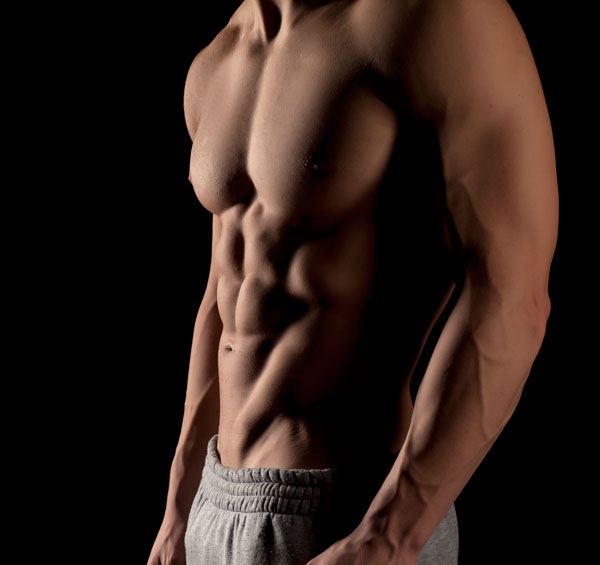 Alcohol, more specifically ethanol, the alcohol contained in beer, wine and distilled spirits, isn’t a calorie-free treat. Alcohol contains approximately seven calories per gram, with most drinks— based upon serving sizes of 12 ounces for beer, four ounces for wine and one ounce for spirits— containing between 10 and 15 grams of alcohol. In addition to the alcohol content, most drinks also have a fair degree of sugar. The sugar may be natural, such as in wine, or may be part of a mixer such as is used in margaritas and daiquiris.

It’s fairly evident that regular, excess consumption of alcoholic drinks can lead to weight gain. One study in England showed that people who regularly drank more than two drinks (30 grams alcohol) per day gained more weight over a five-year period than their moderate-drinking peers. Consuming up to two drinks per day doesn’t appear to cause weight gain and in persons not afflicted by problems with addiction, doesn’t appear to be related to any harm. In fact, moderate alcohol consumption, up to two drinks per day, may be beneficial, as it relates to the lower risk of death in people aged 35-69 years and reduces the risk of coronary heart disease. The protection against heart disease appears to be related to a number of factors including: increased HDL (good cholesterol), improved insulin sensitivity and glucose tolerance, reduced clotting risks, lower blood fats (triglycerides) and possibly a lowering of blood pressure.

One issue frequently arising is the role of moderate drinking in weight control. Due to the many examples of excess, alcohol is frequently associated with the “beer belly.” However, scientific evidence suggests that responsible, regular, moderate drinking may actually improve weight control and may assist with weight loss. Though the evidence is conflicting, it appears that alcohol improves the body’s ability to regulate its weight through a variety of mechanisms. 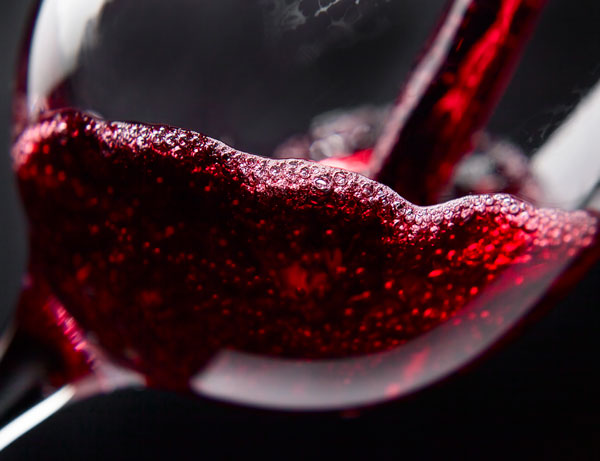 A recent poster presentation at the American Dietetic Association’s Food and Nutrition Conference and Expo focused on the relationship between alcohol consumption and body mass index (BMI) in 1,335 healthy young adults (20–38 years of age). The authors found non-drinkers have a higher BMI than drinkers, consuming more fat and carbohydrate calories. No difference in physical activity was noted between the groups. This interesting conclusion begs for an explanation, but the authors didn’t include this in the scope of their presentation. This is consistent with other studies, which have found greater weight loss in diets including moderate consumption of alcohol.

Reviewing the published literature, a number of possible explanations for this effect have been proposed. Of note, most of the weight management effect of alcohol appears to be related to the use of fermented beverages, such as wine and beer. Though distilled alcohol does offer some heart protective effects, these beverages haven’t been studied as thoroughly for their effect on bodyweight.

The most prominent effect of alcohol may be its influence on insulin sensitivity. Insulin is a hormone produced by the pancreas, which drives sugar into the cells. Another function of insulin is to inhibit fat breakdown and release from fat cells and promote the storage of fat. As people age or suffer from obesity, they become less sensitive to the effects of insulin, requiring greater levels of the hormone to be released. High levels of insulin are associated with many diseases, including the metabolic syndrome. High insulin levels, caused by reduced insulin sensitivity, lead to progressive fat accumulation. By reversing the trend and improving the body’s ability to respond to insulin, moderate drinking appears to offer benefit in reducing the risk of excess fat gain and possibly promote fat loss.

Another hormone known to be affected by alcohol consumption is DHEA. This steroid acts as a precursor, being converted to other hormones in the body, but it also directly affects a number of body functions, including functions related to weight gain. When DHEA levels drop, such as is seen in overtraining or aging, a related increase in bodyweight and body fat is seen. Moderate alcohol consumption is related to an increase in DHEA (sulfate) of 16.5 percent, which may account for some of its weight management effects.

The most elementary equation relating to weight gain is defined by the statement that weight gain occurs when calories in exceed calories burned. Calories are burned by three main avenues: basal metabolic rate, thermogenesis and physical activity. Alcohol may increase thermogenesis in moderate drinkers. Regular drinkers may also see a reduction in the available calories from alcohol consumption, as they up-regulate the microsomal ethanol-oxidizing system, a set of enzymes that dispose of alcohol without burning it for energy. One study revealed that moderate drinkers are also more active, among older adults. This increase in activity is based on daily motion and the difference is seen even on days alcohol isn’t consumed.

Yet another element of weight loss affected by alcohol requires a bit of explanation. It’s been determined through the investigative efforts of Dr. Michael Zemel and others, that dietary calcium may aid in preventing weight gain. This has been the basis for an ad campaign by dairy producers in order to encourage milk consumption. Dietary calcium prevents fat accumulation by turning down fat storage enzymes in fat cells and turning up fat-releasing enzymes. When dietary calcium is low, the body “stresses” and releases a hormone called PTH. High levels of PTH are associated with enzyme changes in fat cells that have the opposite effect of high dietary calcium levels. When PTH is elevated, fat storage is promoted and fat release is blocked, resulting in greater fat accumulation. Surprisingly, it has been found that moderate alcohol consumption is related to lower PTH levels compared to non-drinkers, which may explain some of the weight-reducing trend noted.

Professional weightlifters are aware of the effect of aromatase on body composition. Aromatase is an enzyme group that converts testosterone and other androgens into female-like estrogenic hormones. Though the effect is not potent, it’s been discovered that compounds in grape juice and red wine have anti-aromatase effects. By reducing aromatase activity, estrogen levels reduce. Estrogenic compounds can cause fluid retention and fat accumulation when present in excess. This is likely a minor effect, but it’s noteworthy as it involves an area of great interest to some active men.

Another area affecting fat mass involving alcohol consumption is angiogenesis. Angiogenesis is a term describing the growth of new blood vessels, necessary for growing or active tissue. Antiangiogenic compounds are being developed by pharmaceutical companies to combat obesity. Originally designed as an additional treatment option for cancer patients undergoing chemotherapy, it was noted that blocking new blood vessel growth prevents fat deposits from growing. Several antiangiogenic factors are present in red wine, including resveratrol, which may explain some of the heart disease protection and lower cancer rates present in wine consumers. Considering the shift in U.S. alcohol consumption, favoring wine over beer and spirits, this may be a significant point. Again, the antiangiogenic effect of wine is likely to be a minimal component of the weight management effect of alcohol consumption.

A recent paper has described the final mechanism to be discussed in this article. An extract of hops, an ingredient used in the brewing of beer, has demonstrated weight loss effects in rats. Isohumulones are present in hop extract and have many properties that may lead to fat loss. Hop extract appears to inhibit the digestion of dietary fat, resulting in fewer fat calories being absorbed, by blocking the effect of digestive enzymes. Isohumulones reduce fat cell size in rats, improve insulin sensitivity and lower blood fats (triglycerides). In addition, isohumulones also increase lipid oxidation (fat-calorie burning), decrease fat storage and have an antiangiogenic effect. Further, isohumulones also appear to activate the PPAR-a and PPAR-g receptors. PPAR receptors are the targets for novel pharmaceutical research, as they reduce blood fats (triglycerides), improve insulin sensitivity and reduce appetite. It remains to be seen if similar effects are noted in humans, but the initial data are promising.

It’s interesting that generations of bias and common sense against including alcohol as part of a weight management plan may be proven to be false. Alcohol is not a harmless drug, as addiction or binge drinking is the direct cause of many deaths, accidents and misfortunes. However, for the responsible drinker who is able to control his/her consumption, alcohol appears to offer many benefits. Moderate drinking, defined generally as one to two drinks per day, appears to lower the risk of coronary heart disease, some cancers, diabetes and possibly obesity.

The mechanisms behind the weight loss/weight management effect of moderate drinking are multi-factorial, meaning more than one process is involved. Moderate drinking has been related to many processes known to benefit fat loss, including: improved insulin sensitivity, improved hormonal status (DHEA), increased physical activity, lower PTH levels (relating to calcium), reduced aromatase activity, PPAR receptor activation and antiangiogenic factors. Though the individual effects are likely of minimal potency, the combined effects may produce a significant weight management benefit over the course of many years.

Fitness buffs have long avoided any alcohol during gym training. However, it appears one to two drinks per day may be added to the daily diet without causing any undue weight gain. Adult men can raise their glass to the weight management effects of wine and beer, just do it in moderation.