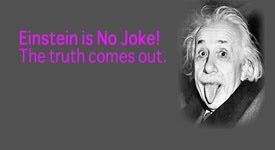 When does an idea become proof? If enough people believe that the earth is flat, does that make it true? From ancient Babylon and Egypt to Greece and China, many powerful civilizations believed the earth was flat prior to 4th Century BC. Even today, some of our most respected experts have accepted certain myths as dogma. Let’s look at some of these myths to see how they went from fiction to fact.

We’ll start with one that many children have been scolded for by their parents. The myth goes something like “you will catch a cold by going outside in cold weather.” Is this true? Viruses such as the rhinovirus cause the common cold. These viruses are spread through coughing, sneezing, wiping your nose, and then shaking hands. Certainly, if you go outdoors and get exposed to people with the cold, you are more likely to get it. However, in cold weather, most people tend to stay indoors. This creates a nice environment for spreading the virus as people are in close proximity to each other. So go ahead and step out into the cold, just don’t forget to bring your jacket.

Another common myth is that we only use ten percent of our brain. Interestingly enough, this myth’s origin is supposedly from one of the most brilliant minds of the 20th century, Albert Einstein. However, there is no record of Einstein ever saying such a statement. In fact, neuroscientists have clearly demonstrated using PET scans and MRIs that the brain has no dormant area. Every part of your brain plays an intricate role in creating the wonderful you.
Many industries perpetuate myths to beef up their sales. A great example is the hair-removal industry. Their late night infomercials tap into our fears that shaving causes hair to grow back even faster and darker than before. Fortunately, Vreemen and Carroll busted this myth in their famous article in the British Medical Journal (BMJ, 2007). They cited a clinical trial in 1928 that showed shaving had no effect on hair growth. In fact, recent trials have shown similar results.

So what really happens when you shave? Shaving removes the dead part of the hair. The living hair follicle continues to grow at the same rate. As hair follicles grow out, they naturally taper, giving them the finer appearance. Shaving, however, creates a blunt end that gives the optical illusion of thickened hair. Finally, hair color is not darker as it regrows. Over time, sun exposure causes a natural bleaching of hair. This creates the illusion that new hair seems darker when in fact it’s the old hair that is lighter. It’s incredible to think that even after 81 years, many people still embrace this myth.

Perhaps the most popular myth for kids growing up was seen in Popeye the Sailor. Our favorite hero, Popeye, would eat his spinach and became incredibly strong. Children everywhere, including myself, eagerly followed in Popeye’s footsteps, hoping to become big and strong. Sadly, this too turned out to be a myth. While spinach is full of nutrients, the secret to Popeye’s strength was meant to come from its supposedly high iron content. Unfortunately, it turns out that a simple typo of 34mg of iron per can instead of the actual 3.4mg was responsible for the newfound fame of spinach. Despite the iron myth, spinach remains an extremely good source of many important vitamins and minerals like vitamin A (beta carotene), vitamin B6, folic acid, potassium, zinc and magnesium.

As fast as people rushed toward spinach to get strong and energized, they also ran away from turkey in fear of getting drowsy. Turkey was thought to contain high levels of the amino acid tryptophan. Tryptophan has been shown to cause drowsiness in high doses. However, it turns out that turkey contains about the same amount of tryptophan as chicken and ground beef. Interestingly, chicken and beef have never been blamed for causing somnolence. So why does turkey get all the blame? The most likely explanation has to do with the festive dinners of thanksgiving. People tend to overindulge and consume large quantities of food. Thus, it’s the total amount of food that makes them drowsy and not turkey in itself.

One of the best myths around is that you have to drink eight glasses of water a day. The origin of this myth dates back to 1945, when the Food and Nutrition Board of the National Research council wrote: “An ordinary standard for diverse persons is 1 milliliter for each calorie of food.” However, the second sentence read “most of this quantity is contained in prepared foods.” Somehow this second sentence got lost throughout the years and so started this myth. Dr. Heinz Valtin, a kidney specialist at Dartmouth Medical School, debunked this myth in his review article in 2002. After an exhaustive search, Dr. Valtin concluded that there was no scientific evidence to support the eight glasses of water a day recommendation. It turns out that most people get adequate amounts of daily water intake through their present diets. They do not need to force themselves to drink eight glasses of water. There are always exceptions to the rule and athletes, people living in hot climates, day laborers and those who lose excess body fluid will certainly need a higher intake of water.

So there you have it, six common myths that have fooled some of the brightest minds of our generation. Sometimes things are true mostly because we want them to be true. The earth was flat because we wanted it to be flat. This article is meant to be a reminder to always do your own due diligence. Never take an opinion to be fact. Your greatest strength lies in your ability to critically review and analyze the evidence. Only then can you make your own informed choice.

Sean Hashmi, MD, MS is an Internal Medicine/Nephrology physician practicing in Los Angeles, California. Dr. Hashmi completed his medical education at University of California, San Diego followed by a residency in Internal Medicine at UCLA-Olive View Medical Center. He then went on to complete a fellowship in Nephrology at UCLA Medical Center. Dr. Hashmi’s research interests are in diabetes, nutrition, alternative medicine and obesity. He runs an active blog at drseanhashmi.com and is a frequent speaker at health and fitness seminars across the nation.