Winter seemed to have never been ending and depending upon where you live, the last thing you may want to hear is how thankful you should be for freezing weather. Yet, the culture of comfort has contributed to the burgeoning obesity epidemic plaguing younger generations. Living in a thermal-neutral environment (air-conditioned in the summer and heated in the winter) is associated with increased fat gain.1 The current (and repeat)  Mr. Olympia, Phil Heath, may knowingly or unknowingly benefit from his Colorado residence due to the relatively frigid air, especially in comparison to the coastal areas of Southern California or the desert of Las Vegas.

Americans in general need to burn fat as a matter of health and not just for presentation sake. Even those who keep their weight well managed suffer from the obesity epidemic due to the increased health care costs that in 2008 alone were reported to be $147 billion dollars— or more than twice the wealth of Microsoft founder Bill Gates, the wealthiest individual in America. Many efforts have been enacted with limited success (at best). Despite the celebrity support, federal grants, corporate sponsorship, community volunteers, pharmaceutical advances, and personal spending, America is losing the Battle of the Bulge. Yet, there may be a simple trick that can help a person burn fat without any effort, and in many cases save money: turn down the thermostat.

Humans maintain a steady body temperature when healthy. This is done through a variety of actions: the function of many organs generate heat; skeletal muscle can markedly increase calorie burning through exercise or shivering, resulting in greater heat production; digestion and food absorption is a heat generating activity, called the thermic effect of food; the insulation of subcutaneous fat and hair, as well as clothing; and specialized tissue depots called brown fat, as well as hybrids existing in normal fat sites called beige fat. Attempts to increase exercise in society have failed, despite the clear benefits to individuals; it is counterproductive to eat more to burn more calories; and though there may be aesthetic motivation to do so, most people will not shave the body hairless, undergo liposuction, and prance about naked to increase heat loss. These factors make the potential of increasing the amount and activity of brown and beige fat to increase calorie burning very appealing to researchers. It would seemingly require no additional effort— only an increased tolerance to cooler temperatures— and happen without interfering with other activities, even while a person is sleeping. 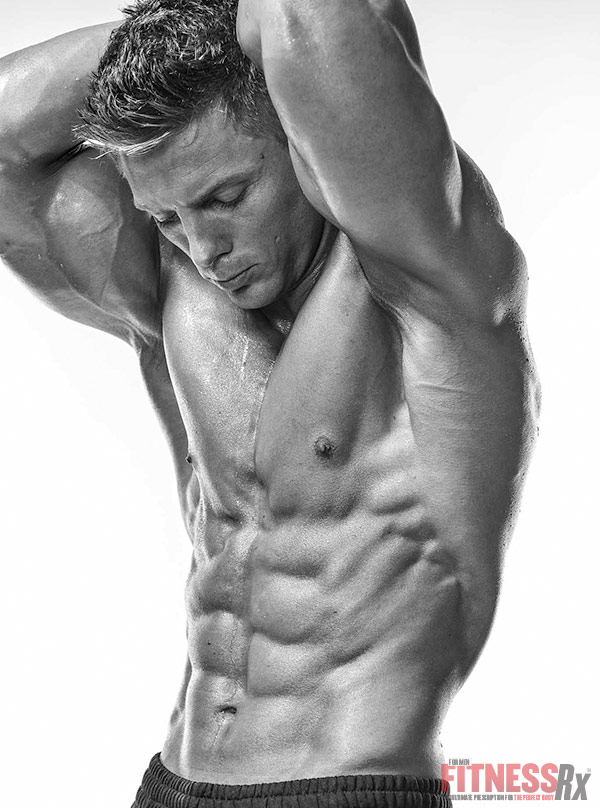 It was long believed that humans only had small amounts of brown fat during infancy, and that the tissue atrophied into non-existence in adults. Brown fat is best known as the mechanism by which hibernating animals keep from freezing to death during their winter-long slumber.2 Brown fat is more closely related to muscle than fat, but is called brown adipose tissue (BAT) due to its considerable intracellular stores of fat, much like white adipose tissue (WAT)— the fat that causes love handles and obscures muscular definition. Unlike WAT, which serves primarily as a storage site for fat to be released during times of low energy availability, BAT uses its fat stores as fuel for heat production in its mitochondria. The mitochondria are the furnaces of the cells, burning fatty acids, sugar and ketones to produce energy as ATP. However, under the influence of various hormones or signals, BAT generates uncoupling proteins (UCP) that divert the calorie burning function from energy production. Instead of burning calories to make ATP, heat is generated when the UCP content is elevated. This is the primary function of BAT, via the UCP1 protein; in skeletal muscle, a similar function occurs when UCP3 increases.

During surgery or autopsy, BAT is not readily identifiable; it is not a discrete organ like the liver or heart. Instead, it is identified microscopically due to its very dense mitochondria packing the cells, giving it a “brown” appearance as opposed to a whitish-yellow seen in WAT. Its existence in adults was highly contested until it was realized that it required a cold environment to visualize to the tissue using specialized medical imaging.3

It may be possible to increase BAT content in a person, through greater or more frequent activation.4,5 Cold exposure, diet (thermic effect of food is a product of BAT thermogenesis), and longer exposure to daylight greatly increases calorie burning, up to 500 calories per day is theoretically possible.6 If a person could activate the cells to such a degree, without suffering from hyperthermia (dangerously high body temperature), up to fifty pounds of fat could be lost in a year. One group of researchers estimated that BAT in humans could realistically contribute to a loss of about nine pounds of fat in a year.7

DNP is a chemical, sometimes abused by bodybuilders or those seeking weight loss, that uncouples the mitochondria much like the UCP proteins. Cases of DNP (dinitrophenol) poisoning exist, in which healthy people have been seriously harmed, even killed, by an unregulated amount of heat production.8 DNP can be dosed in excess of the body’s tolerance, leading to the significant adverse effects; uncoupling is not specific to BAT, and DNP’s effects on skeletal muscle mitochondria likely are responsible for a majority of the heat produced.

BAT is stimulated by a number of physiologic signals that can be manipulated to increase fat burning. A summary of BAT is provided in an excellent review published in 2011 in the journal Clinical Endocrinology.4 BAT activity (fat burning) is increased under the influence of: cold environment; catecholamines (adrenalin-like chemicals); beta-agonists (stimulant drugs); PPARgamma drugs; PGC-1alpha (a cellular messenger chemical); FoxC2 (a regulatory chemical); and other regulatory pathways. Despite the numerous pathways involved in BAT activation, no pharmaceutical trigger has been developed due to adverse effects or a lack of effect.4 This is a shame, as the people most at need of BAT stimulation are the ones least capable of activating BAT physiologically. Young adults who are lean and eat a healthy diet with polyunsaturated fats, as well as participate in outdoor activities that expose them to sunlight and various temperature extremes, are the most capable of activating BAT.4,9 Women actually have an advantage in this regard, perhaps to protect the fetus from hypothermia during pregnancy.4 Older, obese, sedentary people who reside indoors and consume greater amounts of saturated fats are least capable, but most at need. Some may say that is unfair, whereas others may say it is nature’s “survival of the fittest” in action.

The activation of BAT is most significant in two conditions: after a meal, and in cold temperatures.3,5,10 These mechanisms are separate, with the meal related heat production (the thermic effect of food) involving signals from the hypothalamus. Obese people see a blunting of thermogenesis due to cold or eating.3,11

Beige fat has only recently been recognized as a unique type of fat.12-14 As opposed to BAT, which is not closely related to WAT, beige fat is directly created from WAT. It is a hybrid of sorts, created when various signals and conditions stimulate regular WAT to convert into beige fat. More clearly, it is likely not existing WAT that becomes beige fat— rather, stem cells present in WAT are stimulated to become calorie burning cells instead of calorie (fat) storing cells.

One exciting factor involved in the creation of beige fat is a recently discovered hormone called irisin that is derived from skeletal muscle.15,16 Irisin is a hormone released by muscle, and its concentration is increased in exercising individuals.15-17 This provides an unexpected benefit to exercise, in that the muscle commands WAT to convert to beige fat, and provide for fat burning and heat production during times of rest. Again, those most at need appear to be least capable of generating irisin, as it is lowest in sedentary, older people with insulin resistance and high cholesterol.17 However, it has been shown to increase dramatically following exercise, and baseline concentration is best associated with biceps circumference, which is a measure of muscle mass. One more reason to do “curls for the girls.”17

An interesting finding in the development of beige fat is the role of cyclooxygenase, the enzyme blocked by aspirin and other non-steroidal anti-inflammatory drugs.18 It appears that prostaglandin E2 (PGE2) is a chemical messenger responsible for activating UCP (the uncoupling protein) in brown fat and promoting the change of white fat to brown fat. PGE2 formation in fat cells is stimulated by beta-3 adrenergic drugs, or exposure to cold.13,19 It is possible that niacin may also aid in this, as it is the systemic increase in PGE2 that aids in promoting brown and beige fat to be active.19,20 Niacin’s flush effect is a consequence of PGE2, as well as PGD2, production. The associated vasodilation would enhance heat loss as circulating blood would be exposed to the skin where heat transfer occurs. Though there is no evidence presented as yet to support the hypothesis, it is possible that avoiding aspirin and other NSAIDs, and taking niacin regularly, may support brown and beige fat activity.

One last factor involved in the brown and beige fat arena is a heart-derived hormone called natriuretic peptide (NP). This protein hormone is produced in numerous sites, but is most commonly associated with heart failure. Its action is to increase sodium loss, to reduce the volume of blood; this relieves failing hearts from some of their workload. However, NP has other functions, including the “browning” of fat cells. Mice given low concentrations of NP developed brown and beige fat, and had an increase in calorie burning.21 NP concentrations can be raised by exposure to cold, but are decreased by testosterone.22 Again, nature shows no mercy, as NP concentrations are lowest in those with insulin resistance and obesity.23

Body fat obscures muscular definition and threatens the health of individuals and society. However, one tool to incinerating fat may be fat itself. Brown fat is a survival tissue designed to help maintain a normal body temperature in cold environments. It requires an ambient (room) temperature of around 61°F (16°C) for two hours to fully activate the tissue; 66°F is not cool enough.3 Immersion in cool water will be a swifter way of shocking the BAT into action. Beige fat is BAT-like fat that is created from the greater mass of WAT, or regular fat. Exercise or cold exposure have separate mechanisms of inducing beige fat conversion and activity, supporting the positive lifestyle changes of exercising and avoiding thermal neutral environments. Aspirin, or related drugs, can interfere, resulting in less beige fat.

Cool Down to Burn Fat

It would require more tolerance to cool rooms than most would be willing to tolerate, but if people would set the thermostat way down, keep their weight down and insulin sensitivity up, as well as follow a muscle-building workout routine, BAT and beige fat may offer an effort-free means of dropping a few extra pounds of fat.