Are you getting a little chunky in the midsection? Well, have we got some goodies for you. Besides working out like a maniac and eating a clean diet, there are a bevy of dietary supplements that have have been proven to further assist in fat loss. Here’s a primer on the key weight-loss supplements that have science to back them up. 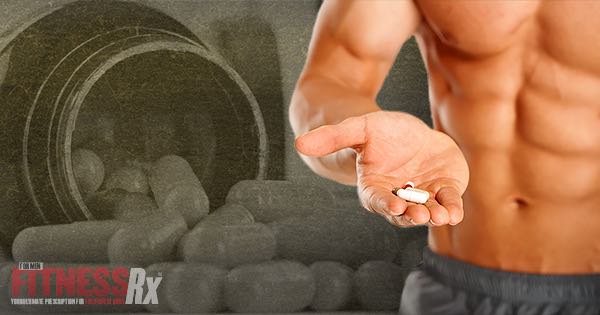 Bitter Orange, aka citrus aurantium, contains m-synephrine (phenylephrine) and octopamine and has been added to various weight-loss supplements because of its appetite-suppressing effect, as well as its thermogenic properties. Now, bitter orange as a supplement by itself hasn’t been shown to promote fat loss. However, when you combine bitter orange, green tea and guarana, you can increase calorie burning tremendously. Bitter orange plus caffeine is a potent combination that has been proven to enhance exercise endurance by 29 percent. In fact, bitter orange added to caffeine (in coffee) has been shown to significantly enhance body fat loss.

Caffeine can ratchet up your body’s metabolic rate such that you burn more calories. Caffeine works very well as a thermogenic aid. People experience a 5 percent to 8 percent increase in metabolic rate as a result of coffee-induced stimulation of energy expenditure. And you’ll find that in addition to bitter orange, caffeine is also added to mixtures containing green tea. This study involved a low-calorie diet for four weeks that was followed by three months of weight maintenance (WM); during the WM period, the subjects received a green tea-caffeine mixture (270mg epigallocatechin gallate + 150mg caffeine per day) or placebo. High caffeine consumers reduced weight, fat mass and waist circumference more than low caffeine consumers! Thus, high caffeine intake produced greater weight loss through thermogenesis and fat oxidation.

Calcium is clearly great for the bones. And there’s evidence that it can help reduce body fat, too. Scientists performed a randomized, placebo-controlled trial in 32 obese adults. Patients were maintained for 24 weeks on balanced deficit diets (500 kcal/d deficit) and randomized to a standard diet (400mg to 500mg of dietary calcium/D supplemented with placebo), a high-calcium diet (standard diet supplemented with 800mg of calcium/D), or high-dairy diet (1,200mg to 1,300mg of dietary calcium/D supplemented with placebo). Researchers discovered that increasing dietary calcium significantly increased weight and fat loss and increased the percentage of fat lost from the trunk region. In addition, vitamin D intake affects body fat loss, too. The major function of vitamin D is to help maintain normal blood levels of calcium. One study showed that people with a better vitamin D status respond more positively to hypocaloric diets and lose more body fat. Thus, this dynamic duo is indeed important for achieving a lean body.

One of the best studies on CLA involved a trial lasting one year. One hundred and eighty overweight male and female volunteers were randomly assigned to three groups: CLA-free fatty acid (FFA), CLA-triacylglycerol, or placebo (olive oil). Researchers found that the average body fat mass in the CLA-triacylglycerol and CLA-FFA groups was 9 percent and 7 percent lower than that in the placebo group. Also, subjects receiving CLA-FFA had 2 percent greater LBM than did subjects receiving placebo. Perhaps what was so intriguing about this study was that these changes were not associated with diet or exercise. Meaning, CLA did this by itself. And to top it off, no adverse events occurred in the CLA-consuming groups. The fact that they supplemented for one year does indeed prove that if you stick to the supplement regimen, you will see significant results.

We’ve known from other studies that the substitution of fish oil for others fats in a control diet (52 percent carbohydrates, 16 percent protein, 32 percent fat) influences body fat mass and substrate oxidation (i.e., what fuel you burn) in healthy adults. In one study, six volunteers were fed a control diet (C) during a period of three weeks and 10-12 weeks later, the same diet where 6g/d of visible fat was replaced by 6g/d of fish oil for another three weeks. Even though caloric intake didn’t change, researchers discovered that body fat as measured by the highly accurate DEXA (dual-energy X-ray absorptiometry) decreased with fish oil. Thus, dietary fish oil reduces body fat mass and stimulates fat burning in healthy adults. But that’s not all – authors of another fish oil study concluded, “FO supplements and regular exercise both reduce body fat and improve cardiovascular and metabolic health.”

Not the most exciting supplement in the world, but fiber does indeed play a role in healthy body composition. Epidemiological studies show that dietary fiber intake prevents obesity. So the more fiber you eat, the less likely it is that you get fat. The addition of functional fiber to weight-loss diets should be considered as a tool to improve success. Glucomannan (GM) is a soluble, fermentable and highly viscous dietary fiber derived from the root of the elephant yam or konjac plant. Preliminary evidence shows that GM at doses of 2-4 grams per day is well-tolerated and results in significant weight loss in overweight and obese individuals. There is some evidence that GM exerts its beneficial effects by promoting satiety (i.e., feeling of fullness) and fecal energy loss. Also, GM improves blood lipids (cholesterol) and glucose metabolism.

Forskolin is from the Indian Coleus plant (Coleus forskohlii). And indeed, this supplement does improve body composition in overweight and obese men. In this study, 30 subjects were studied in a randomized, double-blind, placebo-controlled study for 12 weeks. They found that forskolin significantly decreased body fat percentage and fat mass as determined by DXA compared with the placebo group. Additionally, forskolin administration increased bone mass compared with the placebo group with a trend toward a significant increase for lean body mass. The authors of the study suggest that forskolin may serve as a “therapeutic agent for the management and treatment of obesity.”

Green tea extract, with its high content of caffeine and catechin polyphenols, can definitely jack up your daily energy expenditure and fat burning. One study looked at the following: on three separate occasions, subjects were randomly assigned among three treatments: green tea extract (50mg caffeine and 90mg epigallocatechin gallate), caffeine (50mg), and placebo, which they ingested at breakfast, lunch and dinner. Consuming green tea extract resulted in a significant increase in 24-hour EE (4 percent) and a significant decrease in 24-hour RQ, indicating a preference toward fat burning. Thus, green tea has thermogenic properties and promotes fat oxidation beyond that explained by its caffeine content per se. The green tea extract may play a role in the control of body composition via sympathetic activation of thermogenesis, fat oxidation, or both. Green tea extract can give you that mild “burn” to boost your metabolism.

Hoodia gordonii has been traditionally used in South Africa as an appetite suppressant. Studies conducted at the Council for Scientific and Industrial Research (CSIR, South Africa) have identified two extracts from Hoodia species, in particular Hoodia pilifera and Hoodia gordonii, as possessing appetite-suppressing properties. They can both produce a decrease of food consumption and body mass when compared to the control sample. Unfortunately at this time, there are not any human clinical trials that have systematically studied Hoodia. However, the fact that it has been traditionally used for centuries in Africa does lend credence to its potential weight-loss properties.

Medium-chain triglycerides (MCTs) belongs in the club of “special fats” similar to CLA and fish fats. That is, they can help you lose body fat. In a recent investigation, 24 overweight volunteers consumed diets rich in MCT or LCT (long chain fats) for 28 days each in a crossover, randomized controlled trial. Researchers found that consuming a diet rich in MCTs results in greater loss of body fat compared with LCTs. This was due to increased energy expenditure and fat oxidation or burning. In another study, researchers discovered that long-term consumption of MCT enhances metabolic rate and fat oxidation in obese subjects, when compared to LCT consumption.

Yerba mate (Ilex paraguariensis) has been used as a beverage since the time of the ancient Indians of South America. An animal study reported that yerba mate extract can have a protective effect against high-fat, diet-induced obesity in rats. Another study looked at the effects of a herbal preparation “YGD” containing yerbe mate, guarana and damiana on gastric emptying to determine the effect of the same preparation on weight loss over 10 days and 45 days and weight maintenance over 12 months. Forty-seven healthy, overweight patients entered a double-blind placebo-controlled parallel trial of three capsules of YGD capsules before each main meal for 45 days, compared with three placebo capsules on bodyweight. Bodyweight was monitored in 22 patients who continued active (YGD capsules) treatment for 12 months. The herb preparation YGD was followed by a prolonged gastric emptying time of 58 minutes compared to 38 minutes after placebo, so subjects felt fuller for a longer period of time. Bodyweight reductions were greater after YGD capsules compared to placebo capsules. And to add icing to the cake, active treatment with YGD capsules resulted in weight maintenance of the group.

The dynamic triplet of branched-chain amino acids include valine, isoleucine and leucine. Of the three, leucine is clearly head-and-shoulders above the rest. Leucine, as an essential amino acid and activator of mTOR (an important regulator of cell growth), promotes protein synthesis and suppresses protein catabolism. In addition, there’s some new information showing that leucine affects overall glucose and energy metabolism. Recently, scientists doubled dietary leucine intake via leucine-containing drinking water in mice with free excess to either a typical “mouse” chow or a high-fat diet (HFD). Increasing leucine intake resulted in up to 32 percent reduction of weight gain and a 25 percent decrease in adiposity or fat in HFD-fed mice. The reduction of adiposity resulted in part from an increased metabolic rate; also, increasing leucine intake also prevented HFD-induced hyperglycemia, which was associated with improved insulin sensitivity.

Soy is probably the only non-animal source of protein that is of high quality. One study examined 27 untrained healthy subjects aged 18 through 35 who were randomly assigned (double blind) to supplement with whey protein, soy protein or a sugar placebo. Results showed that protein supplementation during resistance training, independent of source, increased lean tissue mass and strength over isocaloric placebo and resistance training. So, contrary to popular misperception, soy is indeed a high-quality protein that can promote improvements in percent body fat.

Whey is a unique protein in that it confers both a performance-enhancing effect as well as improves health under select clinical conditions. On the exercise side of things, researchers from McGill University in Canada gave 20 young adults (10 men, 10 women) a whey protein supplement (10g, twice daily) or a casein placebo for three months. Subjects were monitored for activity. The time spent in moderate and intense exercise was calculated for each time period. Also, the percentage of awake time spent being active was determined. Researchers also performed before and after measures of lymphocyte glutathione levels, 30-second work capacity on a bicycle and percentage fat. After three months of consuming their respective supplements, they found that the whey protein group was superior to the casein group in lessening percentage body fat and improving exercise performance! It should be noted, though, that another study found that the acute ingestion of both whey protein or casein protein after exercise resulted in similar increases in muscle protein net balance (i.e., a measure of potential muscle mass gain), resulting in net muscle protein synthesis despite different patterns of blood amino acid responses.