There used to be a saying that “fat is fat.” Dietitians and cardiologists conspired to convince Americans that the growing problem of weight gain was due to “energy-dense” foods. Of the three macronutrients (fat, carbohydrates and protein), fat has the greatest energy density with 9 calories per gram, as opposed to 4 calories per gram for carbohydrates or protein. While it is true, at the most basic level, that someone consuming 500 grams a day of food will gain much more if it is all fat (4,500 calories) as opposed to sugar (2,000 calories), most people do not base their eating on the total mass (grams) consumed.

In typical, extreme fashion, the American public fled low-fat diets to flock toward the Atkins diet, which is the macronutrient opposite of the low-fat diets. During the induction phase of the Atkins diet, clients are directed to eat a minimal amount of carbohydrates (around 20 grams per day) for a period of approximately two weeks. The diet during this time is predominantly fat (by calorie), yet results in dramatic and rapid weight loss for most who follow the restrictions closely; much of the initial weight lost is water that normally is associated with stored glycogen (sugar) or retained due to the metabolic effects of insulin. Long-term weight loss is as good as or better on low-carbohydrate diets as the low-fat diets provide.1 A number of additional metabolic changes that promote weight loss occur in “low-carb” diets, but that is outside the scope of this article. 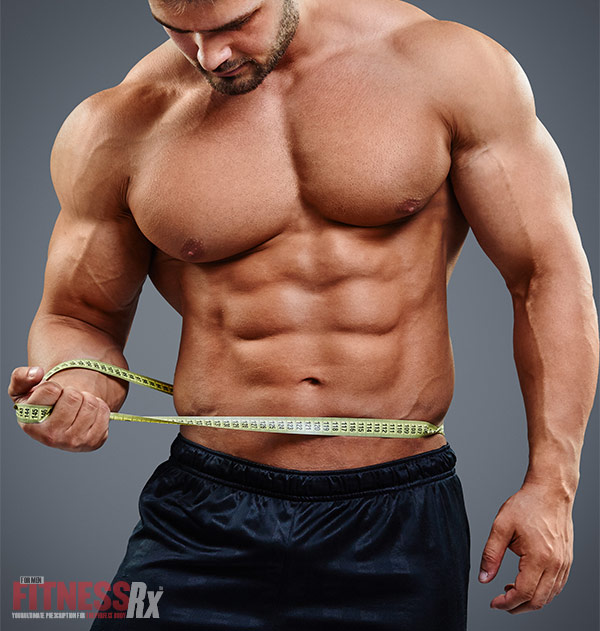 Fat is a very non-specific term, referring in the most basic sense to a large group of chemicals that are composed of a string of carbon molecules ending in an acid terminal (fatty acids). The acid-end is like chemical Velcro that attaches to an alcohol group on the molecule glycerol (along with two other fatty acids) in the storage form, called a triglyceride. To burn fat as a calorie source, the fatty acid is cleaved (separated) from the glycerol molecule by enzymes and broken down in a complex series of reactions in the mitochondria. Fat is a very efficient source of energy, which is why there are so many calories in fat as compared to carbohydrates and protein. 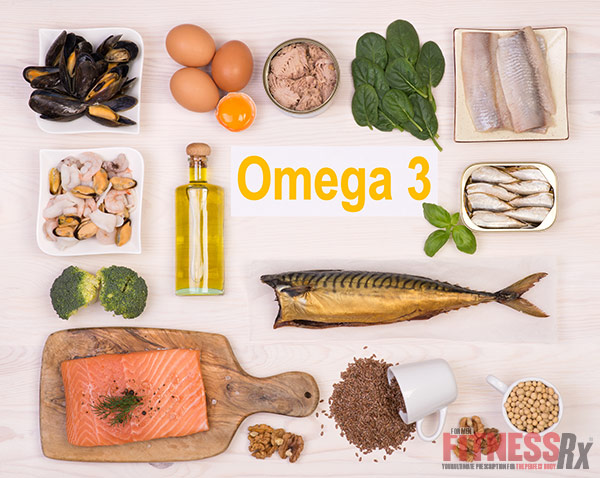 Taking A Look At EFAs

Briefly, let’s look at the EFAs, including the conditional EFA oleic acid. These fatty acids fall in the categories of omega-3, omega-6, and omega-9 (omega 3, 6 and 9 respectively). The omega designation refers to the first double bond (a type of chemical bond between two carbon atoms in the fatty acid chain) found, counting from the end opposite from the acid.
Linolenic acid (ALA) is the essential dietary omega-3 fatty acid, found in seed oils and nuts. Flaxseed and hemp are excellent sources of ALA; the acronym ALA refers to the designation alpha-linolenic acid, as opposed to gamma-linolenic acid (GLA), which is an omega-6 fatty acid most commonly found in evening primrose oil. Again, ALA cannot be synthesized by the body and must be consumed in the diet. ALA can be incorporated into the membrane of cells, converted into other fatty acids or used for hormone (eicosanoid) production. ALA converts, in part, to EPA and DHA, the omega-3 fatty acids found in fish oil.2

Linoleic acid (LA) is the essential dietary omega-6 fatty acid, found in seed oils but also prevalent in many other food sources.3 People rarely experience a deficiency in omega-6; rather, they tend to have a relative excess of omega-6 to omega-3. Like ALA, LA can be incorporated into cell membranes, converted to other fatty acids (such as the previously mentioned GLA) or used to produce hormone-like molecules. The omega-6 and omega-3 fatty acids compete for some of the same enzyme pathways, so when the balance between omega-6 and omega-3 in the diet is way off, certain conditions are promoted. A diet excessively high in omega-6, particularly arachidonic acid, is suggested to promote inflammation and increase the risk for related conditions.5

Oleic acid (OA) is an omega-9 fatty acid. In the diet, olive oil is the most common source for OA, though many seeds and grapeseed oil are other OA-rich foods. OA consumption relates to many health benefits, particularly in the realm of cardiovascular health; OA is believed to be one of the most potent health-promoting factors in the Mediterranean diet.6 However, one must be also aware that olive oil, the dietary source of most OA in the diet, contains other components that might also be involved in the beneficial role of olive oil, specifically extra-virgin olive oil, which has a greenish hue in its purest form.7

Previous studies have looked closely at the various fatty acids to see if any are more prone to being burned for calories or stored as body fat.8-10 When comparing animal to human studies, there is a fair amount of conflicting data, making it difficult to interpret the findings.10,11 Fortunately, there is a growing body of data in human studies that allows for a more focused interpretation. A recent study used an elegant approach in determining the relative propensity of the EFAs (including OA) to result in fat storage or calorie burning, as well as any effect on the overall metabolism (rate of calorie burning).12 This study, performed by Dr. Peter Jones and his colleagues at McGill University in Canada, compared the metabolic effect (calorie burning) and endpoint of the three EFAs.

Subjects in this study were healthy, young men who were not elite athletes. They were normal weight and had no abnormalities in screening lab work. The subjects arrived for three different test sessions. Prior to each, subjects fasted for 16 hours and arrived to the metabolic lab in a rested condition. Baseline (prior to receiving the test breakfast) measures were recorded to allow the scientists to measure the change in body temperature, metabolic rate and degree of fat versus carbohydrate oxidation (how much fats were burned as calories in comparison to carbohydrates) following the administration of a test breakfast. The subjects underwent three tests, separated by one week each. On each occasion, a standardized breakfast consisted of a vegetable omelet, fried potatoes, a glass of milk and the test oil poured over an English muffin; the macronutrient ratio was verified as being 60 percent fat, 30 percent carbohydrate and 10 percent protein, providing one-third of the subjects’ assessed daily maintenance calorie needs. The test oils were olive (71.3 percent OA), sunflower (69.7 percent LA) and flaxseed (58.8 percent ALA), given in random order. These oils were chosen because they are concentrated sources of OA, LA and ALA respectively. 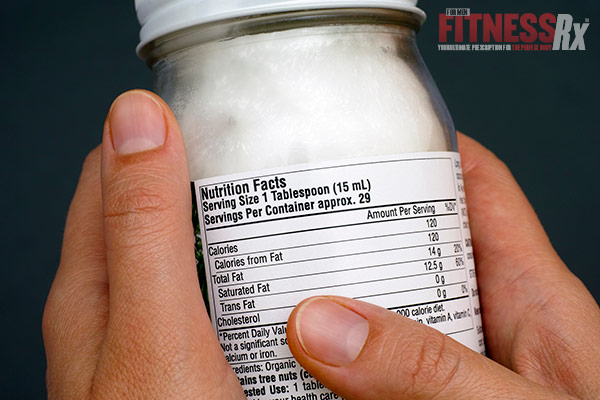 After collecting the data, it was noted that none of the EFAs significantly affected the relative fat-burning for calories, as the same ratio of fat to carbohydrate was used to produce calories in all subjects at baseline as after receiving the test meal. However, there was a significant difference in the rate of total calorie burning in subjects after consuming the OA (olive oil) test breakfast. The olive oil-containing breakfast increased energy expenditure, resulting in a greater total calorie burning, and thus an increase in total fat burning. The subjects remained in a contained observation area, at rest. The increase in energy expenditure was not related to an increase in activity but appears to be related to the thermic effect of the olive oil (thermic effect describes the increase in body temperature after eating). Though it has not been measured in humans, rat studies have shown that olive oil consumption increases uncoupling protein content (uncoupling proteins cause calorie-burning reactions to spin-off the energy as heat instead of supplying cellular energy or ATP).13 It is possible that a diet rich in olive oil may increase the activity of uncoupling proteins in humans as well.

Other studies have shown that OA is preferentially burned, as opposed to being stored as body fat, and the results of this experiment would support those findings.14,15 However, an interesting finding is that the increased fat-burning does not appear to be limited just to OA, but rather may reflect an increase in total fat and calorie burning by increasing the metabolic rate. To state it more clearly, other fats stored in body fat may be burned more rapidly as well as OA. Though the results did not reach statistical significance, the test subjects experienced an increase in fat-burning and slight decrease in carbohydrate-burning after the OA meal.12 Endurance athletes in particular may wish to investigate the use of olive oil as a dietary fat source to promote fat-burning during marathon-like events.

It is important to note that this experiment was short, following the subjects for just a few hours; also, the calorie-burning effect, though statistically significant, was fairly small. It was interesting to note that sunflower oil (LA, omega-6) was very close to showing significant metabolism-boosting in comparison to flaxseed oil (ALA, omega-3).12 This contrasts somewhat with other studies that have shown that fish oils (omega-3 fatty acids, DHA & EPA) increase weight loss, as ALA is the precursor to DHA and EPA in humans.16 It may be that the long-term effect of specific fatty acids, such as DHA and EPA, are too slow to show a near-immediate effect. Given that there is evidence of several different types of unsaturated fatty acids affecting the metabolism and fat storage, it is suggestive that the best health effects are seen when a person consumes a variety of different fat sources in a macronutrient-balanced diet; even sacrificing simple sugars and other carbohydrates for EFAs when weight loss is the priority.

Dr. Jones and his group provided interesting and valuable data that supports the inclusion of olive oil in the diet for fat-burning as well as health benefits. As always, there remains a number of questions such as: whether it behooves a person long-term to consume 50+ grams of olive oil with his breakfast; if there may be an optimal timing of consuming oleic acid (e.g., at night to promote calorie and fat-burning during sleep); if the effects are more potent when the olive oil is consumed with a meal or without, for those who can stand chugging a couple healthy swallows; if the power of the effect changes when the macronutrient ratio changes (since few people follow a 60 percent fat diet); if the effect persists or the body adapts to the high oleic acid content and downregulates the relevant metabolic pathways; if the lean and the obese respond similarly; if purified oleic acid provides the same effect as olive oil; etc.

As part of the Mediterranean diet, olive oil has proven its health benefits; the results of this study certainly support its inclusion in anyone’s diet. Whether or not olive oil may aid in noticeable weight loss and fat-burning absent any calorie restriction remains to be seen.