Chronic overeating often leads to obesity, which plagues the United States and affects approximately one-third of the nation, with a similar number being overweight. Studies have linked obesity with cardiovascular disease, diabetes, increased cancer risk, etc.1 Individuals have suffered humiliation, discrimination and disability by being too fat. Yet, the rate of weight gain continues to escalate and the trend has spread to children and adolescents. For some reason, Americans have lost the ability to control their calorie intake, something that was not a prominent problem in past generations.

For very few people is the cause of weight gain is completely genetic, but this includes less than 10 percent of all obese people. For the vast majority, the reason for an unhealthy and lasting weight gain is simply eating too much. Certainly, the decreasing popularity of exercise and reduced occupational activity contribute to the problem, but relative to putting on the pounds, it is all about how much is eaten. 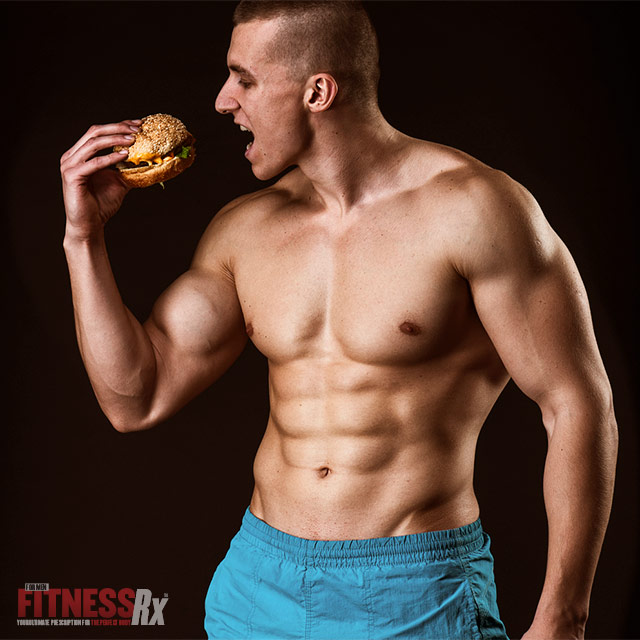 Appetite is controlled by a very complex system. Modern science has not yet identified all the hormones, receptors and co-factors involved in the physiologic feedback system, let alone the innumerable confounders present when considering the psychologic variables. Some factors in appetite are very familiar, as they are sensed.2 Walk into a bakery…the smell of freshly baked bread or the sight of an apple turnover almost certainly starts one salivating; menus include full-color photos of the heartiest meals and desserts to increase diner interest— taste has a similar effect, which inspired the Lay’s potato chip slogan, “You can’t eat just one.”

Even in the absence of sensory stimuli, a number of “gauges” measure the levels of nutrients and hormones, gradually increasing the pressure to forage the next meal. This system evolved over millennia as our earliest ancestors struggled to survive periods of drought, famine and war. The environment of plenty and safety that defines current American culture is very recent and transitory when considered over the time scale of human development. Even as recently as 1946, Americans faced food rationing due to shortages related to World War II. Thus, for the survival of the individual and the species, we have been designed to eat whenever food is available and store any excess as fat for leaner times.

Fortunately, the system does exert some control, as it realizes that grossly excessive energy stores (fat) are unhealthy and do not provide a survival advantage. It does this by balancing two opposing sensations— hunger and satiety. Managing hunger is obvious, as it is the stimulus that prompts us to reach for a sandwich. However, an effective satiety mechanism is just as important, as it prompts us to decide we’ve eaten enough and stop eating.

Scientists long thought many organs in the body had a single function. They believed the stomach was exclusively a grinding, acid-secreting, bag of muscle that made slurry out of meat and potatoes. Fat (adipose) was believed to be no more than a warehouse that shuttled fat in and out of storage. This view has proven to be shortsighted, as the organs of the body talk to each other through chemical messengers (hormones), constantly adjusting metabolism and behavior to respond to the environment and meet the needs of the individual. The classic understanding of the endocrine system is due for a major revision, as it has been discovered that nearly every tissue releases messenger hormones that affect metabolism or behavior. 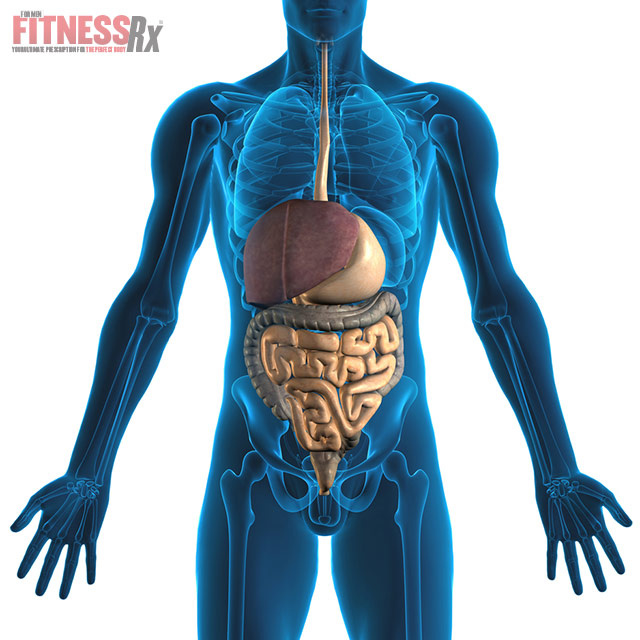 Eating is one such behavior affected by the endocrine signals from many different and unexpected sources. Though many of the hormones share common targets in the brain, which ultimately directs behavior, the number of originating sites involved in modifying the appetite makes it clear that no one drug could possibly correct unhealthy eating patterns.3

The stomach is more than a grinding bag full of acid…it also secretes hormones that directly affect hunger levels, including ghrelin. Ghrelin is a protein hormone that is released in greater concentrations as the time from the last meal passes; it can be considered the hunger hormone.4 It travels through the bloodstream to the brain where it interacts with receptors that cause a person to feel hungry and begin eating.5 In normal-weight people, ghrelin levels increase during periods of fasting, being highest at night. Interestingly, scientists have observed that ghrelin release patterns are regular in people who get adequate sleep, but in people who do not get enough sleep, ghrelin releases is disrupted.6 It has also been shown that poor sleep habits are associated with increased body fat.7

Several celebrities have undergone a risky, but highly effective weight-reduction surgery called gastric bypass. In this surgery, the esophagus— the tube that passes food from the mouth to the stomach— is detached from the beginning of the stomach and reattached near the end and the unused portion of the stomach is shut off from the flow of food. Not only does this decrease the size of the stomach, which makes the patient feel full quickly and prevents overeating, but a dramatic reduction in ghrelin production is often noted.8 The drop in ghrelin is believed to be responsible for much of the incredible weight loss experienced by these people. The “stretch” effect does help in that it decreases the size of meals. Normal individuals will also slow their eating as the stomach reaches it capacity, one of the rationales behind the high-fiber and high-water content diets.

As food is consumed, ghrelin concentrations drop, reducing the hunger drive. However, it is necessary to stop eating once the nutritional and energy needs are met; this is the function of satiety. Fortunately, as food enters the gut (intestines) from the stomach, it triggers the release of additional hormones produced by cells in the small intestine. The first is called CCK. CCK was identified in 1928, but many of its functions have only recently been realized. It appears to play a vital role by directly activating the satiety pathways in the brain and suppressing the hunger signal produced by ghrelin and other hunger hormones.9 Unfortunately, the CCK effect is very short-lived and few researchers believe that CCK-based drug therapy holds an answer for long-term appetite control.

Further along the small intestine, two other hormones are produced that reinforce CCK’s message to stop eating, called PYY and GLP-1. Like CCK, PYY is stimulated by the fat content of a meal and sends appetite-suppressing signals to the brain.10 However, unlike CCK, the satiety signal of PYY lasts for several hours and reduces the appetite for clinically relevant periods. A study published in the New England Journal of Medicine reported that PYY infusion decreased food intake by 30 percent in obese and lean subjects.11 Even more interesting was the revelation that obese subjects had a lower baseline level of PYY. GLP-1-based drug therapy is an exciting area of research currently, as the related diabetes drug Byetta has been shown to cause remarkable weight loss in addition to reducing blood sugar concentrations after a meal.12 GLP-1 affects appetite, possibly by sending nerve signals to the brain, but also acts as part of what is called the ileal brake system.13 GLP-1 slows the passage of food from the stomach to the intestines, which prolongs the full feeling created by the stretched stomach. The anorexic (hunger suppressing) effect of PYY and GLP-1 not only create satiety after a meal, but one study showed they are involved in suppressing appetite during exercise.14

Many other hormones are present in the gut that effect appetite, such as oxyntomodulin and pancreatic polypeptide.15,16 Another compound recently discovered to have an appetite-suppressing effect is OEA, a fatty acid compound that stimulates PPAR-receptors.17 PPAR-receptors are an expanding area of research and development in treating diabetes and obesity.

Aside from the gut, another tissue has been recognized to play a vital role in managing appetite. Leptin is a hormone released from fat cells, which are actually quite active as opposed to the traditional view that they just existed. Leptin concentrations signal the quantity of stored energy (fat) available; the greater the fat stores, the more leptin produced. Leptin travels to the brain where it stimulates pathways that reduce appetite and increase the metabolism.18

Logically, if the body thinks there is plenty of energy, it is more relaxed about burning calories. Leptin was thought to have great promise in treating obesity, but it was found that most obese people have plenty of leptin, they just don’t respond to it.19 However, one of the secondary signals that leptin stimulates shows greater promise. Melanocortins are produced in the skin as part of the tanning process, but they are also produced in the brain in response to leptin. Australian researchers have found that providing modified forms of melanocortin as a drug produce pronounced weight loss.20 The drug also causes a tanning effect, causing the media to dub it “the Barbie Doll drug.” It is likely that Melanotan II would be much closer to market for weight loss had it not been found to also treat erectile dysfunction. This wonder drug is now likely being studied for multiple uses and will be delayed in regulatory approval processes for several years.

It may seem like this article covered a bunch of hormones quickly; it did. However, there remain several other pathways that have not even been mentioned, such as the endocannabinoid system that is utilized by the European weight-loss drug, rimonabant or the α-2 adrenergic system blocked by yohimbine.21,22 What is clear is that with all the duplicity present in controlling appetite, when the system goes awry, it will likely require a potent combination therapy to restore balance.

For adults, eating is not a reflexive action as it is for infants. If it were, perhaps the weight problem would be markedly less, as people would stop eating when their needs had been satisfied, rather than their desires. Instead, many adults have conditioned themselves to overeat to satisfy cravings or to achieve a feeling of physical fullness rather than reaching a physiologic satiety. It is almost too holistic-sounding to say it comfortably, but if people would restore the natural balance in their lives and eating habits, the national epidemic of overweight and obesity could be resolved to a significant degree. Take back control from the French fry aroma being pumped out by the fryer hood, reject the dessert menu with its glossy photographs of cheesecakes and sundaes— let your body tell when to eat and when to stop. After all, a baby knows when to push the nipple away, so it can’t be that complicated…even if it sounds that way.