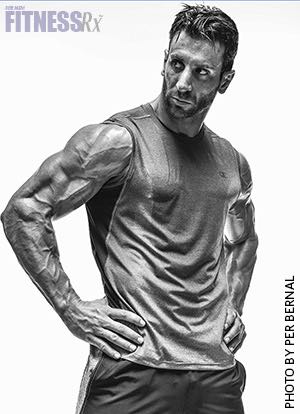 Think getting that full, pumped up look is all about crushing dumbbells and “gettin’ swole?” Well, you’re not completely wrong, but you are missing a few important steps.

See, movement specificity is important with regards to the development of certain muscles, but isolated “muscle-pumping” movements like the biceps curl or triceps pushdown simply don’t push the boundaries of your body’s overall power output. Bigger compound lifts, however, such as the deadlift, squat, or press, recruit multiple large muscle groups through multiples planes to move weight and require a significantly bigger output to do so. Your body’s nervous system, responsible for activating, building, and maintaining muscle, recognizes this massive difference in power output, and regulates any changes or improvements that would be needed to complete either of these tasks in the future. For example, if the isolated biceps can move “x” amount of weight, the nervous system might call for little or no improvements, and if the body performs a heavy deadlift at ten times that weight, the nervous system will recognize the effort required and look to make improvements in the involved muscles’ lifting capacity, or strength.

This particular idea is now simple – movements that recruit multiple muscle groups in the body require a greater nervous response, and thus a greater stimulus toward building while muscle-isolating movements can be performed with lesser nervous response, prompting very little building. This more-bang-for-your-buck concept is important but isn’t the only part of the growth equation; a chemically-oriented physiological process allows you to use that same muscle building response and share it with the rest of the body to make isolation exercises worthwhile. 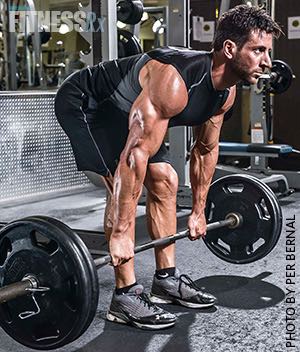 The intersection of these two ideas is that you can use both the anabolic hormonal response and mass muscle recruitment of big lifts to ramp up the effects of those triceps pushdowns and hammer curls to build you the biggest set of pythons in your particular region of the iron jungle.

“How can I take advantage of this mind-blowing principal?” you may ask. It’s relatively easy. Begin your training with heavy compound movements to get the muscles screaming and the testosterone flowing, then add in sets of your accessory and aesthetic work afterward to help every muscle involved ride that development train all the way to Swoletown. This also means that you won’t have to schedule “arm day,” or take up valuable time and energy during push or pull workouts. When you’re working on big presses or heavy rows, save the isolation movements for later – even little lifts require some energy, and you don’t want to miss your last bench because your triceps were tapped out from kickbacks.

Try a few of these variations to harness the full potential of your body’s anabolic response:

Move from one exercise in each superset to the next fairly quickly, without rushing, and try to rest 90 to 120 seconds between sets.

Stick to getting your big lifts done first, and then move on to the dumbbell buffet for dessert. Lift big and you’ll be big. Start with the dumbbells and you’ll be… well, you get the picture.

Jeff Butterworth is the owner of Boston-based Rx Strength Training and a CPT/USAW Olympic Coach whose philosophy is simple – eat right and do work. No fads, no trends, just basic movements, barbells, and kettlebells.