Skip to content
FitnessRX for Men > Health > Is Being An Alpha Male Dangerous To Your Health?
Share This!

A September column in The Wall Street Journal opened with a description of dysfunctional CEOs battling to dominate a group therapy session. The attacks are so vicious, the psychiatrist in charge says, that some group members are traumatized to the degree that they can’t even have sex for days afterward. Instead of recognizing these supposed “Masters of the Universe” as the pathological nut bags they are, the columnist uses the scenario to lead into a general discussion of how being an “alpha male” isn’t all it’s cracked up to be, according to a recent study by researchers from Princeton and Duke. “Alpha males may get the girls,” she writes, “but beta males have fewer stress-related health problems… It isn’t easy being an alpha male. Getting to the top and staying there takes a physical toll.” Her points were adopted by other news reporters who jumped on the cautionary bandwagon. But does a new study really prove it’s better to be beta? 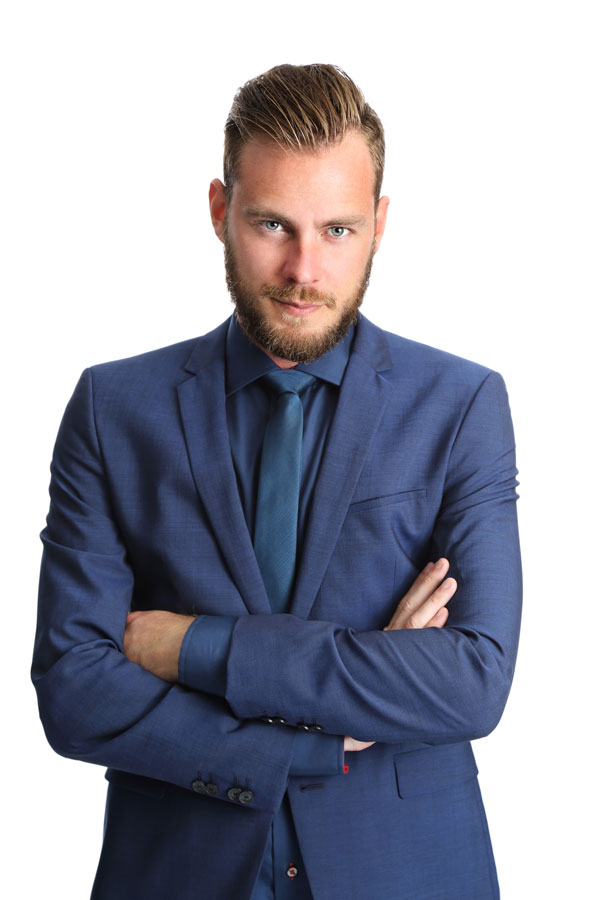 Let’s look at the study she’s referencing.1 Over a nine-year period in Abroseli, Kenya, scientists studied 125 male savannah baboons (Papio cynocephalus) among five social groups to see how social status power ranking from top to bottom within the group corresponded to their hormone levels. They focused on concentrations of testosterone as a biological marker for dominance and cortisol as an indicator of stress in the collected feces of the animals. That’s right: this was a study of baboon doo doo.

Mostly, the results were not surprising. Testosterone and status ranking were directly correlated: the poop of the highest-ranked baboons showed the highest testosterone concentrations, and the poop of the lowest-ranked baboons showed the lowest testosterone concentrations. Cortisol, the stress hormone, had the opposite relationship with ranking: the high-ranking baboons had low cortisol concentrations and the low-ranking baboons were stressed out with high cortisol concentrations in their feces. There was one exception, which became the primary media focus and the basis for The Wall Street Journal column: the baboon in the number one rank had not only high testosterone, as would be expected, but also high cortisol, indicating high stress. That single Baboon King who was the Capo di Tutti Capi of each group, the boss of all bosses, the Donald Trump of the corporate baboon world, had more stressed out poop than the second bananas immediately below him. His cortisol levels were on par with the baboons at lower tiers of ranking.

What does the study mean for baboons? Most obviously, that success in the baboon world is based on rank. The researchers note that the top dogs “experience reproductive and health benefits.” Which means that they have all the fun— more of what being a successful baboon is all about, such as better food and more monkey love with sexier female baboons. They have high testosterone and, with only one solitary exception, low stress. As for the rest of the bunch, they’re screwed. The low-ranking baboons have low testosterone, high stress, crappier food options, and lousy sex with the least desirable female baboons, if they can get any action at all. So, if we divide the hairy members of the troupe into two halves based on power ranking, it’s better to be in the top half than the bottom. If we divide it into quarters, it’s better to be in the top quartile. 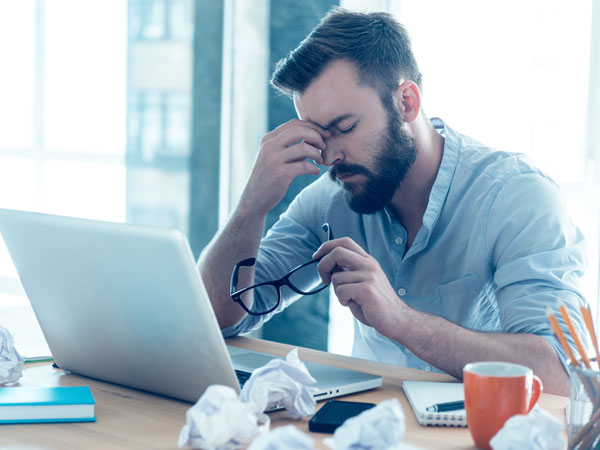 Now, being the Top Banana, the Baboon King, as it were, is a mixed bag, according to these researchers. Sure, his testosterone levels are equal to or higher than anyone else in the group, and he enjoys the greatest selection of delicacies and an even better assortment of sexy baboon mistresses than his high-ranking subordinates, those you might call the baboon dukes and lords. But the King’s cortisol levels are equivalent to the stressed and lonely peasants lower in the hierarchy. Why? Because ranking in the baboon world tends to be unstable; the second and third bananas may switch roles or various dukes or lords may make efforts to knock the King off his throne. Even during periods when the rankings remain fixed for a while, with not a single would-be usurper attempting a coup, the Baboon King needs to spend a good deal of physical energy confronting ambitious subordinates and guarding his baboon goomahs from his horny peers. And it’s these physical efforts that bump up cortisol levels. As the researchers suggest, the stress to these jungle animals is “energetic rather than psychological in origin.” Of course, if the higher cortisol levels of the Top Banana are due to the physical exertion of guarding his harem of honeys, then it’s no wonder the other baboons are eyeing the position!

It’s important to note that the researchers have limited the definition of “alpha male” to mean only the Baboon King, not the dukes and lords who also dominate many subordinates. The study posits that there’s only one alpha in a baboon group, and the rest are betas. The researchers call the baboons in ranks number one through 14 of each group “betas,” even though the groups were larger and therefore even number 14 was dominant over several if not many subordinates. From a social behavioral perspective, the baboons in ranks two through five, for example, were pretty dang dominant, ranking high above many subordinates. And yet they have low stress levels! Why are these dominant males who aren’t in that number one spot— even those with equivalent testosterone levels— so stress-free? It’s because being dominant or “alpha” in behavior isn’t causing the stress; rather, the stress is caused by the physical demands of being Numero Uno among baboons. Being at the very top of the highly structured baboon pecking order requires physical energy expenditures that are substantially higher than for second and third bananas.

Now, what does all this mean for us humans? The mainstream media coverage of the study implies that being an alpha male or ambitiously striving to increase your general standing in life may be bad for your health or even not worth it. Ugh. Chalk it up to the media’s ongoing effort to “sissify” America. “Manliness” and “testosterone” have become dirty words. Metrosexuals spent much of the past decade getting pedicures and frosting their tips. Research on American men spanning three decades found that when the testosterone levels of same-aged men were compared, the men of the ’80s had higher average testosterone levels than the men of the ’90s, and the men of the new century have on average the least testosterone of all. Sadly, but not surprisingly, the catchphrase “Men are the New Women” became part of our lexicon.

The baboon study offers an opportunity to explore what being an “alpha male” is all about, at least in human society. We are not baboons. The fact that baboons can be ranked in numerical order of dominance shows the profound limits of this study. “Our social interactions, and our society itself, are tremendously more complex,” notes Jack Darkes, PhD, an associate scientist in the Department of Psychology at the University of South Florida. “Our status varies from context to context. We may be dominant at home but subordinate at work, for example. We all move through different social circles and multiple hierarchies.” Most of us can’t simply be ranked number one to 14. Outside highly structured systems like corporations or the military, identifying precise rank is virtually impossible. In most gyms, for example, there are numerous alpha males who are looked up to as leaders. And although each may have his own “posse” or group of gym followers, these alphas may regularly interact with each other in civil and respectful ways. In a business partnership, such as a law firm, there may be several partners with equal ranks, or junior partners and associates with ambiguous or undefined rankings. Within our species, being an alpha is about a mindset, not a numerical ranking.

Among humans, in systems where there is a clear Chief Honcho male, the skills and attributes that got him there go beyond brute strength and aggression. Keeping subordinates in fear of physical attack may work in the jungle, but not in 21st century society. Success requires a matrix of skills and attributes; hard work is usually part of it, but it doesn’t always require heavy lifting in the literal sense. While there may be myriad psychological worries and stresses attached to being the head of a multinational conglomerate, the physical burdens that boost cortisol in the Baboon King simply don’t apply.

So, while being the man at the very top may have some drawbacks, it seems quite obvious that it is well worth increasing your rank. The top players are almost always better off than the rabble below them. Sure, it may be tough to be the king, but it’s also good to be the king. Trump probably doesn’t say, “Hey, I wish I was the corporate suit immediately below me.” I’d doubt any CEO would swap his life for that of the mid-level managers beneath him.

The dysfunctional CEOs referenced in The Wall Street Journal column are the kinds of stereotypical “faux alphas” that should be drop kicked into the dark ages of our evolutionary past. But the fiery passion to stand up for our principles and to fight for success in the ultra-competitive world we inhabit is more important than ever. To be “True Alpha” is to meet the ideal of contemporary masculine excellence. It’s the manly and rugged standard to which we should all aspire. The blueprint for building that kind of man is the core of Alpha Male Challenge, the Rodale men’s fitness book I co-authored. The TRUE Alpha Male embodies all that’s best in the males of our species— physical qualities like muscularity, strength, power but also mental assets like confidence, courage, commitment and a conscience. It’s about having the combination of physical toughness, mental sharpness, and concern for others that makes truly great leaders and protectors. It’s what heroes are made of. 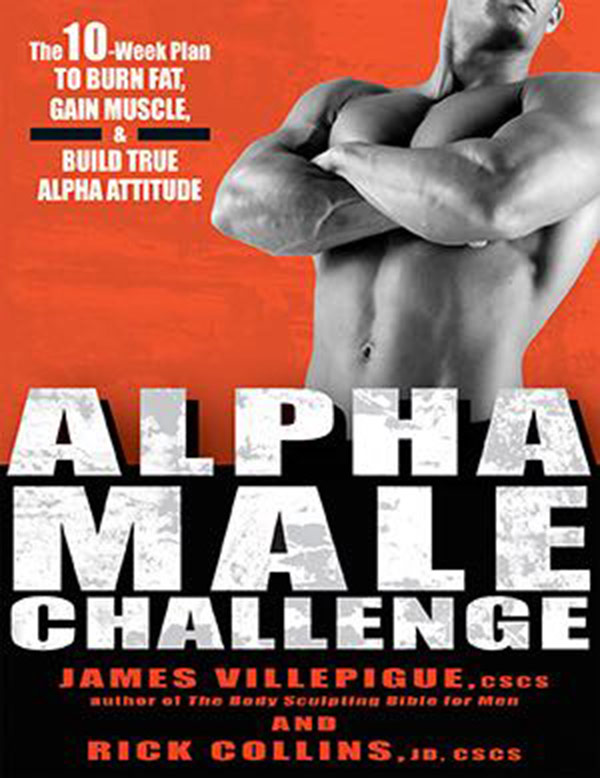 If you want to know if you’ve got what it takes to be a TRUE Alpha Male among humans, forget about baboon poop and check out the MaleScale™— a unique 20-minute assessment tool you can use to measure your inner and outer “True Alpha” characteristics. How do you measure up? You can find out right now at www.AlphaMaleChallenge.com!

Rick Collins, JD, CSCS is the coauthor of ALPHA MALE CHALLENGE (Rodale, 2009), a 10-week physical and mental transformation program based on decades of experience in the strength and health trenches, with unique contributions from many of the top minds in exercise physiology, sports nutrition and psychology. It’s a practical instruction manual to build the kind of “True Alpha” male these hard times demand.