VR or Virtual Reality is the newest gadget in tech! Just think of it! You can immerse yourself in a world far beyond your dreams, and you won’t just be sitting down to do it.

With such devices such as the Oculus Rift Headset, does VR have another purpose aside from gaming? The consensus is –  yes!  For years, gamers have either been glued to their couches, or well-crafted gaming chairs while their eyes were fixated either upon a TV screen or computer monitor, but now – thanks to the magic of VR – the game is no longer isolated to the chair. 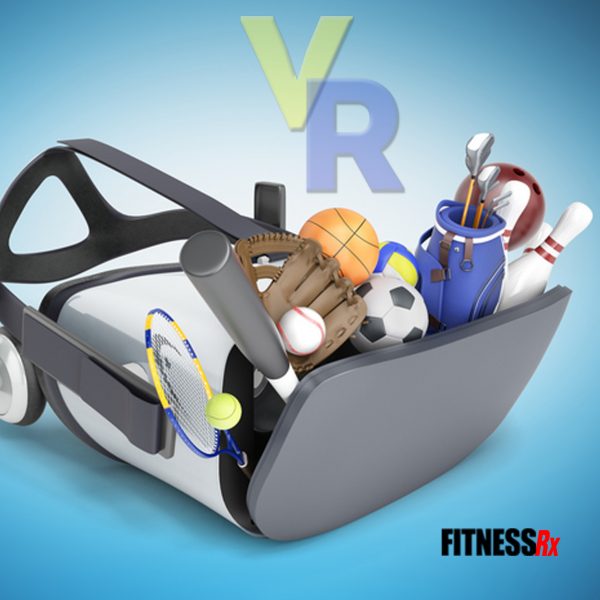 From having been an IT consultant myself, and watched the various trends in the industry, particularly on gaming, this tends to be the one that will push the medium higher.  Many are saying that VR will go far beyond gaming, as in the case of Microsoft’s HoloLens which will try to immerse you in the world of your computer (when it is released.) But being that this is a fitness magazine – VR will be able to do far more then allow you to get your game fix.

VR will allow you to use your entire body to play your game. Without the participant knowing – the gamer is now exercising. More so it becomes a total body workout. Just think that of all of that running in place, crouching, punching, and stretching that will keep you in shape and allow you to get your game fix too!  Xbox’s Kinect managed to get gamers in front of the TV to move, as did the Nintendo Wii – but VR goes far beyond what the Wii and Kinect could dream up.

In fact, it is thought that over the next year, with such titles as John Wick, Super Mario Kart VR, Ace Combat and so many others, that VR may just play a huge role in getting gamers to stay fit.

After all, Pokemon Go did what we never thought we could get a teenager (or twenty-something) to do, and that was to go outside and enjoy the fresh air.

Already technology has enhanced workouts with the FitBit tracker, the Pacer App, or the Apple Watch’s Fitness settings to check your heartbeat, monitor your steps and help you plan a workout.  Could it be that VR is about to become the next great fitness trend?

What makes J.A. Giresi a health expert? Not much. For three years at Stony Brook University Hospital’s Emergency Room she worked as an E/R Registrar, and saw emergency room life up close.

Last year when her husband almost died from a pulmonary embolism and aortic aneurysm, she began to research almost everything she could on hematology, blood disorders, genetic testing, nutrition, supplements and cardiology.

Though she does not hold a medical degree or a nutrition degree, she has collaborated with the wonderful medical and editorial Staff at MD to bring you this article.

Aside from being a freelance writer, she is also the author of the novels The Turn of the Dime, Billy’s Cascade and Potholes: A Tale of Road-Rage, Murder & Romance.  In addition, she is a partner in the firm of Double J IT Consulting Services based in Long Island, NY.