Testosterone is the primary sex hormone present in men and is involved in many functions of the body, not the least of which is the maintenance or growth of skeletal muscle. Strength trainers and athletes know this, as they’ve been using anabolic steroids for nearly 50 years. Sports organizations, the media and government have reacted to the public exposure of key celebrity-athletes’ doping with mock appall, initiating a recent frenzy of drug testing and finger-pointing. The alarming revelation that adolescents have gained access to anabolic steroids has served to further heighten the hysteria surrounding the issue. Lost in the chaos is the fact that anabolic steroids provide significant benefits to healthy adult men.1,2 Unfortunately, research into this valuable area has been stunted by little funding and a restrictive bias from institutions and editorial review boards. 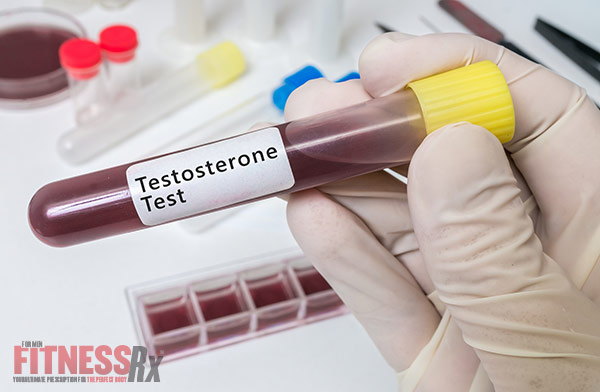 Limiting research relating to any of the hormones governed by the hypothalamic-pituitary axis is folly, as these hormones (growth hormone, cortisol, thyroid hormone, testosterone, estrogen, etc.) are central to the overall health and metabolism of the human body. A great deal of bluster is raised at the suggestion of exposing healthy people to higher than naturally present concentrations of testosterone, even though generations of women have been subjected to suppressive levels of estrogens and progesterones (female sex hormones) in the form of birth control pills.

Not only is testosterone supplementation challenged, but so too is the practice of testosterone replacement.3,4 The normal or physiologic concentration of testosterone covers a wide range (from 400 to 1,080 ng/dl for adult males 20-39). As men get older, the range is adjusted downward to account for the age-related decline in testosterone. Yet, despite the generous window of “normal” and clear symptomatology reported by men suffering from low or low-normal testosterone, the approved guidelines for testosterone replacement therapy doesn’t support testosterone treatment until repeated values are recorded well below normal (less than 300 ng/dl.4

A Sanctioned State of Frailty

Policy-makers within the government and professional societies seem determined to avoid giving any indication of approval regarding the use of testosterone in anabolic or even high-normal doses, despite the documented benefits seen with such therapy. In part, this appears to be a knee-jerk reaction against sports doping and the problems seen with black market drug trafficking. The issue of sports doping is an ethical concern and should be dealt with by the governing organizations of the sports (IOC, NFL, MLB, etc.). The Anabolic Steroid Control Acts of 1990, 2004 and 2014, along with legislative intervention prohibiting physicians from prescribing testosterone or other anabolic steroids for the purposes of cosmetic or performance enhancement, have established the same problems generated by the 18th Amendment, which prohibited alcohol, only to be repealed later by the 21st Amendment.

Given the restrictions placed on licensed physicians, the recommendation to NOT screen men for low testosterone levels (despite a documented prevalence of 20 percent in 50-year-old men), America is destined to continue its physical-social decline (as evidenced by the obesity epidemic, rising health care utilization and decline in physical activity) into a sanctioned state of frailty.4,7

No longer are athletes held up as role models. Instead, the media and politicians have demonized this generation of sportsmen as drug-doping cheaters. Sadly, children, adolescents and young adults no longer exercise and train to be like Michael Jordan, Hank Aaron or the Steel Curtain; they’re now found seated in front of tv and computer screens playing games or watching reality shows. In most gyms and at fitness competitions, the most impressive individuals are 30-somethings and 40-somethings, while teens and young adults are absent or complacently socializing, strapped up to MP3 players and cell phones. 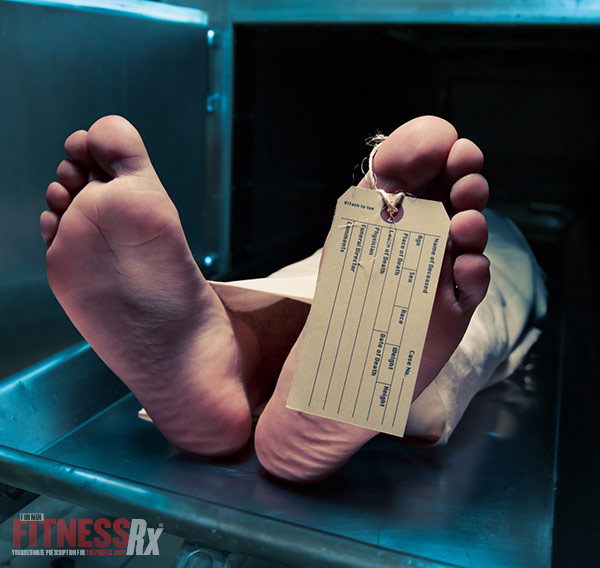 This attitude of complacency and decline in prioritizing physical development may be promoting a silent epidemic among men that could be responsible for early death or increased morbidity— an epidemic that may be entirely preventable. Though it’s been noted in studies examining populations suffering from certain diseases or conditions for years, only recently has the association between low testosterone and poor health/early death received any media attention. Physicians at the University of Washington and VA Puget Sound Health Care System reported the findings of a large retrospective study involving 858 male veterans in a paper published in the journal Archives of Internal Medicine.8 In the study, lab data (free and total testosterone) was correlated with health and death rates. It was discovered that men with low testosterone (defined as having total testosterone less than 250 ng/dl or free testosterone less than 0.75 ng/dl) had a much greater mortality (death rate) than men with normal testosterone. The mortality risk for men with low testosterone was 88 percent greater than their normal testosterone peers. Men with borderline testosterone also had an elevated mortality risk (38 percent greater), but the number didn’t reach statistical significance. Additionally, the low testosterone group had a higher BMI (body mass index) and a greater prevalence of diabetes.

The average total testosterone concentration for the low testosterone group was 190 ng/dl, just below the treatment cutoff of 200 ng/dl many panelists of the Endocrine Society Task Force endorsed.4 This means that nearly half of the low testosterone group would not be treated by the more conservative endocrinologists. Further, it’s worth considering that veterans aren’t as healthy as the general public, leading one to wonder whether the increased mortality would be evidenced to a greater degree in a population that wasn’t suffering from chronic illness.

The subjects in this study had testosterone levels assayed for non-specified complaints, not as part of a randomized screening process. Typically, this includes sexual problems, osteoporosis, previous abnormal lab values, geriatric rehabilitation or urinary complaints. None of the subjects had a history of prostate or testicular cancer.

Evidence of a strong association between low testosterone and increased morbidity and mortality among our veterans prompts a review of other hypogonadal (low testosterone) states to determine the level of support present for the argument to respond to this preventable condition and further investigate the possible benefit of allowing for more aggressive testosterone replacement in healthy, middle-aged and older adults. Remember, the current guidelines recommend AGAINST screening for testosterone deficiency in the general population.4 Consider also that the subjects in the VA study had testosterone values on record, which are generally not ordered unless some condition or symptom is present that might be related to low testosterone.

It would be interesting to see what results would be generated by maintaining a standard cut-off and using either an average of testosterone values or the most recent value. Considering that men with an equivocal testosterone status had an average testosterone concentration of 400 ng/dl, but still had a 38 percent increase in mortality (non-significant, but just barely outside the significant range), it’s possible that the physiologic range for testosterone— the range not associated with an increase in mortality— may need to be redefined. Perhaps men would be healthier if they were allowed to pursue treatments that would maintain a high-normal testosterone (such as through the use of testosterone esters, human chorionic gonadotropin or aromatase inhibitors).9,10

The Importance of Testosterone

First, the importance of testosterone in maintaining the health and longevity of men has been understudied and neglected. These studies suggest that failing to screen for low testosterone may be subjecting the male population to early demise, which could be avoided and cheaply treated. Second, the adage of “do no harm” must apply to acts of omission as well as commission. In other words, allowing someone to come to harm because one fails to provide a lab test or treatment is as wrong, morally and professionally, as giving them harmful medication or injurious treatment. Third, by attaching the problems of sports doping and adolescent drug use directly to anabolic steroids, policy-makers have inhibited legitimate medical research and are failing to address the true problems (ethics violations in sports and high-risk behaviors in adolescents). Fourth, men have been robbed of the potential for improved vitality and longevity by impeding the development of new drugs and protocols to treat androgen deficiency. A recent study criticizes the public health care system because various regions in the United States have different average lifespans. How then should we view the plight of men dying early because they were not provided with the option of receiving an expensive therapy?

Newspapers have been sold and politicians elected because of the slanderous attacks directed against anabolic steroids, rather than the individuals who choose to use them against the rules of sports. The prohibitionary attitude hasn’t lessened the demand and has only served to encourage criminal activity while impeding the intervention of qualified health professionals. The stigma of steroids has influenced authoritative agencies to a culture of extreme conservatism to the detriment of American society and the health of potentially millions of men. It’s time to lift the veil and see what harm has come from withholding anabolic steroids and testosterone treatment from the regimen of physicians and what benefits could be derived from judiciously supervised and monitored treatment.