Many people derive pleasure from smoking a joint, but it’s not something that serious athletes should do along with watching their macros, getting enough rest and drinking a gallon of water a day. New research indicates that marijuana decreases performance, and it greatly increases you chances of death from hypertension. 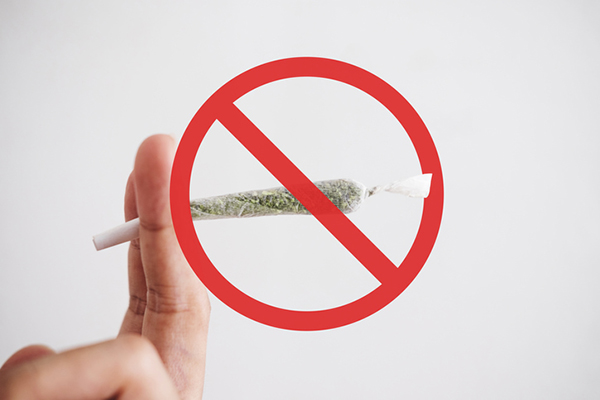 A review of 15 studies published in the Journal of Science and Medicine in Sport by Michael Kennedy from St. Vincent’s Hospital Medical School in Sydney, Australia concluded that marijuana decreases performance in endurance and anaerobic sports. It triggered chest pain during exercise in heart patients, which might make it dangerous for older athletes. It also reduced muscle strength. It’s only positive effect on exercise was that it reduced the risk of exercise-induced asthma.

Zapping your exercise performance isn’t the only shortcoming of marijuana. Pot is also associated with a three-fold risk of death from hypertension, and the risk increased with each additional year of use. In addition, the cardiovascular risk may be greater than the danger from cigarette smoking, according to new research published in the European Journal of Preventive Cardiology. Compared to non-users, marijuana users had a 3.42 times higher risk of death from hypertension and a 1.04 greater risk for each year of use. There was no association between marijuana use and death from heart disease or cerebrovascular disease (blood flow to the brain).

“Our results suggest a possible risk of hypertension mortality from marijuana use. This is not surprising, since marijuana is known to have a number of effects on the cardiovascular system. Marijuana stimulates the sympathetic nervous system, leading to increases in heart rate, blood pressure and oxygen demand. Emergency rooms have reported cases of angina and heart attacks after marijuana use,” said the study’s lead author, Barbara A. Yankey, a Ph.D. student at the School of Public Health at Georgia State University in Atlanta.

“Needless to say, the detrimental effects of marijuana on brain function far exceed that of cigarette smoking,” she added.

Cannabis or marijuana is a Schedule I drug in the United States, which means that the federal government has determined that it has a high potential for abuse, it has no accepted medical use and it’s dangerous. Most states and U.S. territories, however, allow recreational or medical use of the drug. The drug is banned by the World Anti-Doping Agency for use in Olympic sports.