Plant-based meat products are the big rage right now. According to a January 2, 2020 article in The Wall Street Journal, “market research firm Euromonitor International estimates the 2019 meat-substitute market in the United States at $1B, up 78.5% from $586M in 2014.” It’s becoming more and more popular. The Beyond Meat company stock has been growing in leaps and bounds since the initial public offering. Many people have the impression that plant-based meat is a healthier alternative to ordinary meat. The media is raising health concerns about plant-based meat substitutes like Impossible Burger and Beyond Burger. The meat industry full-page ad that appeared in the December 10, 2019 New York Times says, “Think plant-based meats are healthier than natural meats?” “Fake meats don’t grow on vines. They’re ultra-processed imitations that are assembled in industrial factories.”

Plant-based meat products also are high in sodium, and an uncooked 4 oz beef patty has about 75mg of sodium compared with 370mg of sodium in the Impossible Burger, and 390mg of sodium in the Beyond Burger. Research has shown that “Plant-based proteins have less of an anabolic effect than animal proteins due to their lower digestibility, lower amino acid content (especially leucine) and efficiency of other amino acids such as sulfur, lysine.” (Nutrients; August 7, 2019.) The main source of fat in many of these plant-based meat products is coconut oil, which is a highly saturated fat. It was recently reported on January 22, 2020 by Bloomberg News that Burger King cut their Impossible Whopper price on slowing sales as U.S. restaurants are looking to add more plant-based options. 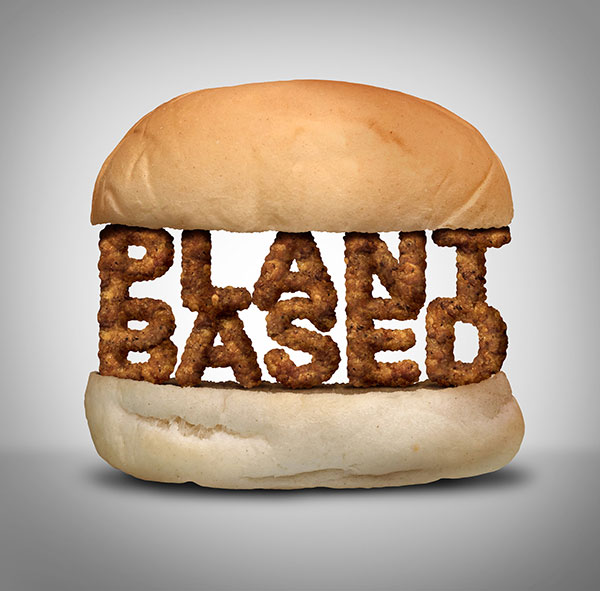 A most recent study and the most definitive study year to date is a major systematic review and meta-analysis of clinical trials that was published on January 13, 2020 in the prestigious journal Circulation, which is sponsored by the American Heart Association. A total of 16 articles were included in the meta-analysis, which noted, “coconut oil consumption significantly increased LDL cholesterol compared to non-tropical oils.” The conclusion of the study is that “Coconut oil consumption results in significantly higher LDL-cholesterol than nontropical vegetable oils. This should inform choices about coconut oil consumption.”

MCTs are a form of saturated fat that has shorter chains of fatty acids. MCTs naturally increase the production of ketones in the liver and stimulate ketogenesis. Research has shown that MCT supplements, unlike ketone supplements, do not cause feedback inhibition or reduce ketone production! MCTs also help reduce appetite and food intake, enhance fatty acid oxidation, fat burning, energy expenditure and thermogenesis, and reduce body fat accumulation in humans.

Bottom line: If you want to eat more plants and stay healthy, then eat more fruits and vegetables, and skip the imitation plant-based meat alternatives.