The saying that sexual turn-ons are 90 percent above the neck is right, but only if that bottom half is working optimally.

“It’s your plate, not your mate.” That’s what authors Robert Fried, Ph.D. and Lynn Edlen-Nezin, Ph.D., said in their book Great Food, Great Sex, The Three Food Factors for Sexual Fitness. But before we get ahead of ourselves, let me preface this post by saying that there are countless factors that play a role in having great sex. The saying that sexual turn-ons are 90 percent above the neck is right, but only if that bottom half is working optimally.

Before we get into eating for an awesome sex life, let’s first begin with a chemical compound known as nitric oxide (or NO for short). NO is a gas referred to by science geeks as a “signaling molecule”; nitric oxide (NO) shouldn’t be confused with nitrous oxide (N2O), a general anesthetic, or with nitrogen dioxide (NO2) which is another poisonous air pollutant.

In the body, nitric oxide is made from arginine and oxygen by various nitric oxide synthase (NOS) enzymes and by sequential reduction (i.e., in chemistry lingo, reduction means “gaining electrons”) of inorganic nitrate. So here’s the kicker. The endothelium (inner lining) of blood vessels uses nitric oxide to signal the surrounding smooth muscle to relax, thus dilating the artery and increasing blood flow; aha! A light bulb goes off in your thick skull and you’ve just put two and two together. So that’s how my woody goes from limp-dick to a full-fledged billy club! So we have various drugs that take advantage of the production of NO such as Viagra, Cialis and Levitra. Thus, scientists know for certain that NO is a common mediator of several neurotransmitters involved in the control of the male erectile response.1

Your dad or mom probably told you that if you exercised, ate healthy and didn’t stay out all night chasin’ skirt, you’d probably be all the better for it. Well certainly, clean eating and living is essential for optimal penile functioning. Yessirree, Bob. Obesity, hypertension, smoking and diabetes are significantly associated with erectile dysfunction (ED) risk.

Hyperlipidemia – an elevation of lipids in the bloodstream such as cholesterol and triglycerides – is common in ED patients. These patients have a high risk of later developing heart disease. Erectile dysfunction might therefore serve as a seminal event for coronary heart disease.2 Meaning, that if you realize your pecker ain’t working optimally, then your ticker may expire before its time.

Moreover, men with the metabolic syndrome have shown an increased prevalence of ED. As a review, metabolic syndrome is a cluster of conditions that occur together, increasing your risk for heart disease, stroke and diabetes. Having each of these conditions such as increased blood pressure, elevated insulin levels, excess body fat around the waist or abnormal cholesterol levels contributes to your risk of serious disease. But if all are present, then you’re in big trouble, my friend.

In one study, scientists tested the effects of a Mediterranean-style diet on ED in men with the metabolic syndrome. After two years, men on the Mediterranean diet consumed more fruits, vegetables, nuts, whole grains and olive oil as compared to men on the control diet. Endothelial function scores and inflammatory markers (C-reactive protein) improved in the intervention group, but remained stable in the control group. Thus, for the guys on the Mediterranean-style diet, which is rich in whole grain, fruits, vegetables, legumes, walnuts and olive oil, scientists found that it may be effective per se in reducing the prevalence of ED.3 Another study has confirmed similar results.4 That is, stick to the unprocessed carbohydrates, such as fruits and vegetables, healthy fats (olive oil) and lean protein or healthy protein sources like fish. 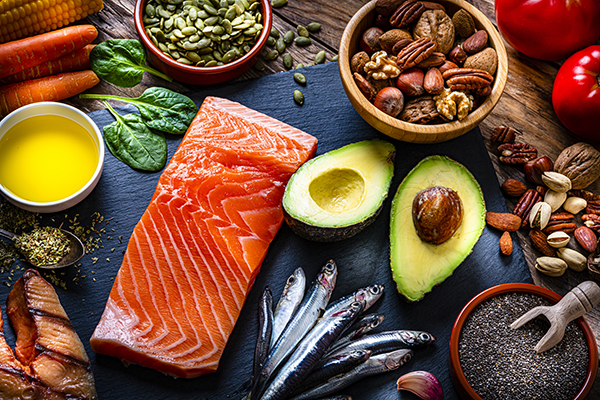 Another study looked at the effects of the dietary supplement ArginMax on male sexual function. Twenty-five men diagnosed with mild to moderate erectile dysfunction were evaluated over a four-week period while on ArginMax. Of the 21 subjects that completed the study, 88.9 percent improved in their ability to maintain erection during sexual intercourse and 75 percent improved in satisfaction with their overall sex life. No significant side effects were noted.6

The herb Eurycoma longifolia Jack is found in many sexual enhancement supplements. It’s also known as Tongkat Ali. This stuff grows wild in the rain forests of Southeast Asia. Traditionally, it’s been used to improve energy, reduce fatigue and enhance overall physical and sensual performance. Oddly enough, nearly all the studies on this stuff is on rats. And guess what? It works pretty darn well in those four-legged critters. So if you want to get rats humpin’ like jack rabbits, give ‘em this stuff!7,8

So, let’s recap the primary strategies you need to follow to keep your pecker working like a finely tuned race car rather than a beat-up jalopy. First of all, exercise regularly with a combination of cardio (three times per week) and resistance training (three times per week) to keep the heart pumping and the muscles strong and functional. That’s half the battle. The other half is making healthy food and supplement choices.

According to the book Great Food, Great Sex, there are three main food categories that are sources of NO (remember nitric oxide?). They are:

To simplify, this means you need to consume unprocessed carbohydrates such as fruits and vegetables, lean protein sources (fish is excellent) and brightly colored foods rich in antioxidants (and yes, this includes an occasional glass of wine and some dark chocolate). Perhaps a supplement that contains arginine and Eurycoma longifolia would be a nice addition.

Meal 1: 1 hard-boiled egg, 1/2 cup of blueberries and 1 slice of whole grain toast with a teaspoon of all-natural almond butter

(Post-workout meal: Consume a protein shake and throw in a touch of flax oil with some extra arginine)

Meal 7: Your wife, your girlfriend, or significant other.

Two of the greatest pleasures in life are sex and food. Nothing else comes close. So why not use food to enhance sex? And take friggin’ care of your pipes ’cause if that ain’t workin’, then you can call it a night, punch your timecard and say sayonara.

Jose Antonio, Ph.D., FNSCA, FISSN, CSCS is the CEO and co-founder of the International Society for Sports Nutrition (ISSN) and an associate professor of health and human performance and director of the Exercise and Sports Science program at Nova Southeastern University in Florida.