Excess abdominal fat isn’t just unattractive; it also increases your risk for many different diseases. Here are seven tips to help you bust that guy and shed those unwanted pounds. 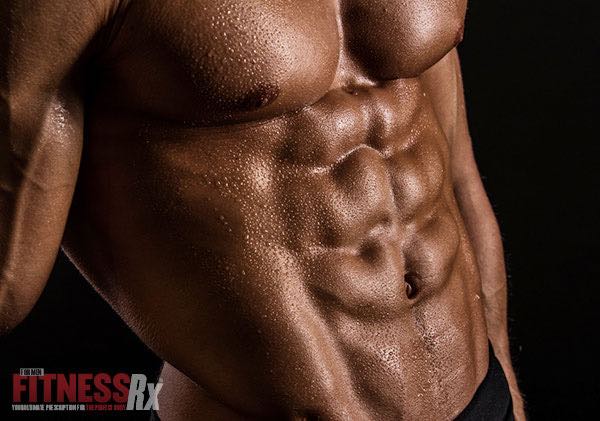 In the body, dietary carbohydrates, sugars, and starch are converted to glucose, which indirectly instructs the pancreas to release insulin into the blood. Insulin not only transports glucose into the cells, it stores glucose as glycogen in the liver and muscles. Insulin is the primary fat-building enzyme, converting glucose to fat. When the liver and muscles are filled with glycogen, insulin turns excess glucose into body fat. Insulin also inhibits lipolysis, and decreases the body’s ability to break down stored fat. Diets that are high in carbohydrates are a contributing factor toward weight gain. Healthy fats like olive oil and nuts keep you feeling fuller longer than diets that restrict fat or forbid fat altogether. Instead of limiting total fat intake, the Mediterranean diet makes health-wise choices about what kinds of fats you should consume. It focuses on monounsaturated fat found in olive oil, nuts, and avocados; polyunsaturated Omega-3 fatty acids, found in fatty types of fish such as salmon, tuna, sardines, and trout; and fats from plant sources, like flaxseed. This diet also limits your intake of processed and packaged foods, keeping your intake of unhealthy trans-fats extremely low.

Fiber helps keep our waistlines slim by producing regular bowel movements and lessening the belly bulge. Fiber also wards off certain diseases. Carcinogens in the intestines bind to it and move through our colons more quickly than they otherwise would, reducing the risk for colon cancer. Fiber’s greatest value, however, is in helping to keep us slim. The recommended daily intake of fiber for adults is 20 to 30 grams per day, with an upper limit of 35 grams. Good sources of fiber include whole grains, vegetables, fruits (preferably with the skin), nuts, seeds and legumes.

CUT BACK ON SUGAR

Most junk foods and processed foods consist of refined carbohydrates and sugars, which when eaten quickly raise blood sugar levels, leading to an increase in appetite and a reduction in the body’s ability to burn fat. Processed foods are highly favored by the food industry and the consumer because they are very inexpensive to produce and are specifically designed to taste good. The enormous abundance and availability of these foods is evidence that they are a staple of the American diet, and this is a major contributor to the prevalence of obesity.

Foods that are high in sugar or refined carbohydrates are digested into large amounts of glucose that quickly enter the bloodstream and cause a rapid rise in blood sugar, resulting in an augmented release of insulin. The additional insulin can impair the body’s ability to maintain consistent blood sugar levels, which can lead to insulin resistance and type 2 diabetes.

When sugar is consumed, it can be converted to glycogen and stored in muscle or the liver for future use. Many people consume an alarmingly high amount of carbohydrates that significantly exceed their storage capacity for glycogen. When this happens, the sugar resulting from carbohydrate digestion is converted to body fat. Many of the people who consistently consume the processed foods that contain sugar and refined carbohydrates are significantly overweight. In addition, these foods have been shown to encourage overeating, which further increases potential for weight gain.

To successfully lose weight, the last meal you eat should be at least two hours before you go to bed. The problem with late night snacking is that there isn’t much physical activity done afterward, and this will cause high blood sugar levels and no energy expenditure, causing the excess sugar to quickly be converted to body fat.

Your body begins to shut down a few hours after dinner preparing for sleep, causing your metabolism to become minimized at night. This natural slowing down of your metabolic rate overrides any metabolic or thermogenic boost you would obtain from eating. During sleep, the minimal amount of calories you will burn are those used for cardiovascular and respiratory function and REM sleep. The last meal you eat for the day should consist mainly of lean protein and low glycemic carbohydrates such as fruits and vegetables. You should avoid all starchy carbohydrates like bread, pasta, rice, potatoes, etc.

Short sleep duration is associated with obesity, increased abdominal fat, and type 2 diabetes. Sleep patterns consisting of less than 5 hours per night are associated with insulin insensitivity, leading to impaired carbohydrate oxidation and increased risk of type 2 diabetes. The growth hormone (GH) is secreted during the first round of deep sleep. Shorter durations of sleep cause lower GH secretion resulting in the fat-gaining process. Stress imposed on the body due to lack of sleep causes enhanced levels of cortisol in the blood. Cortisol interferes with falling asleep or remaining asleep. The cycle of hormone output, insulin release, and hunger continues. Shift work with its interrupted sleep patterns can be directly linked to belly fat deposit.

Cortisol causes fats and sugars to enter the blood circulation to increase energy for handling stressful situations. Shorter sleep patterns cause an increase in appetite the next day and most often fatty foods are eaten. The blood glucose increases and then decreases, resulting in the repeated presence of cortisol, resulting in a vicious cycle and increased abdominal fat.

Although diet plays the most important role in losing abdominal fat, exercise is a key ingredient in the belly fat-burning process. During exercise, the stress hormones norepinephrine and epinephrine are released, which stimulate lipolysis, the breakdown of stored fat molecules. When these hormones are released into the blood, they cause a metabolic reaction, resulting in the activation of the enzyme Hormone Sensitive Lipase (HSL). HSL triggers the breakdown of a stored triglyceride molecule in adipose tissue to release free fatty acids, which can then be further oxidized, producing a loss of body fat.

Combining different types of exercise is the best cocktail to burning fat. The American College of Sports Medicine (ACSM) and the American Heart Association (AHA) recommends moderately intense cardio-respiratory exercise 30 minutes a day, five days a week, or vigorously intense cardio-respiratory exercise 20 minutes a day, three days a week, with the addition of eight to 10 strength-training exercises (8 to 12 reps of each exercise), at least twice a week.

During aerobic exercise, your body goes through several stages before it reaches the point where you are burning fat. You will hear people say that you are only burning sugar (carbohydrates), not fat, during the first 10 minutes of exercise. This is true to a certain extent. Stored carbohydrates in the form of glycogen can be used for fuel during exercise up to 60 minutes, depending on the intensity of the exercise and the type of diet consumed. If you consume a low-carbohydrate diet, glycogen stores will be depleted sooner, causing lipolysis to be activated sooner rather than later. Also the intensity of the exercise will determine if you are utilizing your stored fat.

A study performed by The Cooper Institute in Dallas found that the duration of aerobic exercise was more beneficial than the intensity of exercise for decreased bodyweight and waist circumference. A longer duration produced the greatest loss of bodyweight and body fat.

Romaguera Dora, et al. Adherence to the Mediterranean Diet is Associated with Lower Abdominal Adiposity in European Men and Women. The Journal of Nutrition, 2009; 139: 1-10.