For many individuals who work out several times a week, psychologically a workout starts when the first rep and/or exercise take place. However, according to Drs. John Ivy and Robert Portman, authors of The Performance Zone, if you redefine when your workout begins, you can jump-start the refueling process that can deliver big benefits to improving your performance. According to the late Dr. Stuart Berger, author of How To Be Your Own Nutritionist, to perform at peak levels you must first work on something else. Based on the remarks above by two of the nation’s most prominent sports nutritional experts, a question comes to mind: When does your workout routine actually begin? 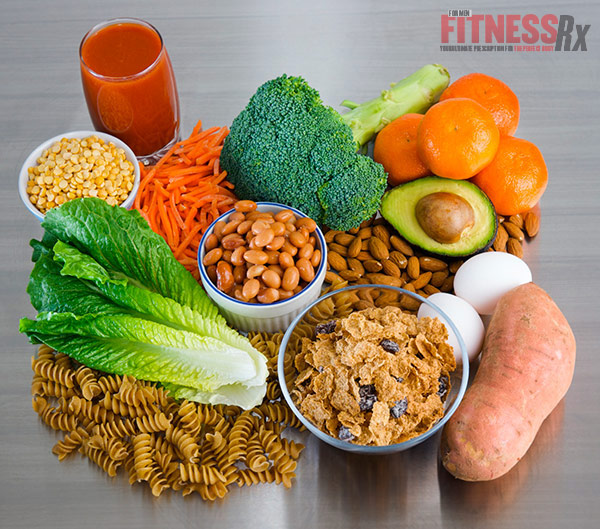 For many aspiring health enthusiasts, the workout routine begins when they do one of the following:

While many of these approaches will give you a quick burst of energy, they will not sustain those energy levels. In fact, you will find that your zest and zeal will plummet rapidly. Exercise physiologists today know that a well-thought-out food or nutritional plan is your best way to jump-start and sustain the energy you need to work out at peak levels. In practical terms, this is when your exercise or workout routine actually begins. In fact, according to Dr. Robert Hass, past President of the American College of Sports Nutrition, your success depends to a large degree on how, what and when you feed your body.

This is the answer to the above question, and information you should master as intensely as your physical workout routine. Based on past and present research, you should understand how important carbohydrates are to the body’s chemical exercise processes.

Although carbohydrates have taken a beating in the news over the last few years, the truth is they are the primary source of fuel the body uses for a myriad of body functions. While fats and protein can be converted to energy, carbohydrates are the body’s preferred source of fuel. In fact, numerous studies have confirmed that ingestion of carbohydrates before, during and after working out, especially in routines that are 30 to 45 minutes long, can substantially improve performance. Studies have also indicated that carbohydrates enhance recovery after exercise and help preserve lean muscle tissue.

When you consume carbohydrates, they are broken down to form glucose. Glucose, also referred to as blood sugar, is the fuel the body uses to produce energy. A portion of the carbs you consume is immediately converted to glucose and some are converted to glycogen and stored in the liver and muscle tissues. This stored glycogen serves as a backup source of fuel the body can use when glucose levels get low. 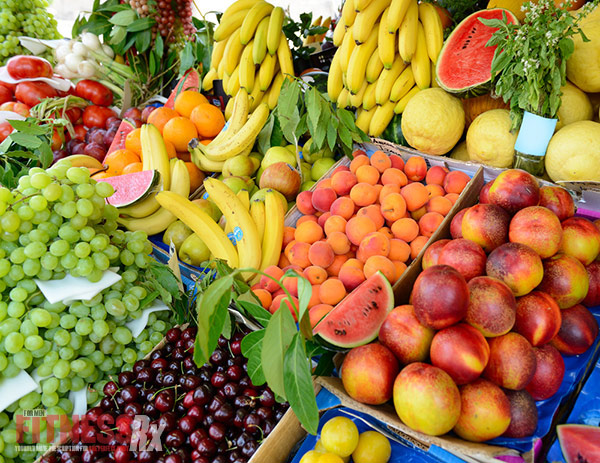 Dr. Ivy and Dr. Portman compare working out to driving a car, and the residual effects of wear and tear that occurs over time. For example, each time you drive, fuel supply decreases, carbon builds up around the pistons, and the wear on the engine parts increase. Each time you work out, your fuel supply decreases, waste builds up, and the wear and tear on body systems and muscle tissue increases. This analogy is critical to understanding why your workout routine starts and centers around your food intake.

You must first chemically exercise your body systems nutritionally to be successful physically. By ingesting the right amount of carbs throughout the day, as well as before and during exercise, you are assured of re-stocking or re-establishing waning glucose and glycogen levels to meet energy demands, as well as to help spare lean muscle tissue breakdown.

As cited by Susan Kleiner, Ph.D, R.D, and Maggie Greenwood Robinson, two of the country’s most notable nutritionists, ideally for most physically active people, 60 percent to 65 percent of their calories should come from carbohydrates. To determine your individual requirements per day based on a 2,000-calorie diet, multiply your total daily calories by 65 percent (.65). For example, 2,000 calories X .65 = 1,300.

Then divide your daily carb calories by 4, the number of grams in each carbohydrate. 1,300/4 = 425 grams of carbohydrates per day.

You can also simply consume 3 to 5 grams of carbohydrates for every pound of bodyweight. This represents what your daily carbohydrate intake should be.

How efficiently your body stores glycogen in your muscles is directly related to the amount of carbs you consume and what kind of shape you are in. This is why nutritional experts suggest that 60 to 65 percent of the calories you take in should be composed of carbohydrates to maximize performance.

To Carb or Not To Carb

Despite the advantages that carbs offer, many hardworking exercise enthusiasts limit their carb intake. This is because carbs that are not used immediately for fuel, or stored as glycogen, are stored as fat. To minimize this negative aspect of carbohydrates, exercise physiologists, and nutritional and sports medicine experts recommend consuming the majority of your carbohydrates from complex carbs. Complex carbs include unrefined whole grain foods (pasta, whole wheat, oatmeal, barley, brown rice, buckwheat) fruits, vegetables, nuts, seeds, beans, lentils and soybeans. An overwhelming amount of past and new research indicates that complex carbs are metabolized at a much slower rate and provide a much more sustained steady flow of energy.

The Glycemic Index of Foods

The glycemic index of foods is defined as the speed at which the body converts a specific food to glucose. Foods like refined carbohydrates, sugar-laced fruit juices, potatoes, sugar, candies, pies, honey, white rice and rice cakes are examples of foods comprised of mostly simple sugars or carbohydrates that will lift your spirits initially, but will quickly have you experiencing an energy deficit.

Carbs are Thermogenic, Too!

Other experts recommend eating five to six smaller meals a day to minimize the storage of body fat from carbs and encourage more conversion of carbs to glycogen. For example, if you consume 450 grams of carbohydrates over the course of three meals, the body has to deal with about 150 grams of carbs versus 75 grams over the course of six meals. This will promote greater glycogen storage for improved performance, increase energy, promote better recovery, and prevent less fat storage— as long as the majority of the carbs you consume are complex.

Based on current research, you should re-think your position on carbs and the role they play in producing energy and improving performance. All carbs are not bad for you. They will also assist in preserving lean muscle tissue, as well as improving mental focus, stamina and recovery. By nature, they are truly your best energy source and should be used everyday judiciously!