People eat too much. Oops, the truth spilled out. There are far too many calories consumed by the general population, and laborious effort has been trimmed to the bare minimum in many people’s lives. Compound that with the decline in active recreation (e.g., exercise, sports), and the cumulative effect over time is… where we are as a society now. There are nearly twice as many overweight and obese people as normal weight.

People are educated about calories, and want to reduce how much they take in. They still want to enjoy the flavor and experience of eating, just in a way that is consequence free. Further, the interest and benefits of reducing carbohydrate intake – especially sugar – has allowed the sugar substitute industry to enjoy a healthy market demand. Sugar substitutes are also called non-caloric artificial sweeteners (NCAS), though certain ones do contain a caloric value. There is a long history of NCAS use, with the first commercial product, saccharin, discovered more than 100 years ago. Currently, there are a handful approved for use in the United States, more familiar by their brand names (e.g., Sweet’N Low, Splenda, Equal). Most NCAS are chemically synthesized, though plant-extract stevia products are also available.

The premise is logical – replace sugar and its simple carbohydrate calories with a substitute that provides the same taste (sweetness) but lacks calories. Genius! Nature OUTSMARTED… not. Recall, the golden years of sugar substitutes occurred DURING the obesity crisis that continues unabated today. Society as a whole did not enjoy weight loss, or even a prevention of further weight gain, with the availability of “non-caloric artificial sweeteners.” IT GOT WORSE. Individually though, did people who used artificially sweetened products lose weight? Certainly, they must have since they were not consuming as much sugar or calories, right? Umm, maybe not… probably not… well, no, not really.

A scientific review considered the use of NCAS and weight management.1 The authors attempted to clarify one area of confusion – that being, do people who use NCAS make up the calories in later meals? Well, there is conflicting evidence, but cutting to the chase, people don’t take in enough calories later on to make up for the calories they avoid from sugar by using NCAS. Not a whopping amount, as it results in maybe a half pound of weight loss per week based upon the calorie deficit. Of course, that assumes that the calories lost by substituting with NCAS actually make the diet hypocaloric. The review noted that NCAS consumers are generally people with a higher BMI, suggesting the calorie content of their diet is above their maintenance needs. So, with NCAS use, they are consuming fewer calories, but still too many. Perhaps gaining weight at a slower pace could be given and “honorable mention” award.

Researchers have rightly noted that NCAS are not just “sugar substitutes,” but chemicals that may have effects on various tissues, such as the intestines and brain.2 One aspect questioned is the “enteral-brain axis” or gut-to-brain communication. When you taste something sweet, but don’t get the increase in blood sugar and calorie availability, insulin release and suppression of fatty acid release that your brain expects from sugar – how does the body respond? It is confused, as sweet on the tongue should result in an influx of simple sugars that stimulate insulin release and begin to satisfy the appetite. Instead, it may lead to a greater demand for eating, as the body is told there is nutrition coming by the tongue, but not seeing it as available calories. Though the data is sometimes conflicting, it also seems that the intense sweetness triggers the “reward” pathways in the brain, and in susceptible individuals this results in bigger meals or more frequent food-seeking behavior (e.g., snacking).2,3

Bear in mind, the “five senses” – sight, smell, sound, touch and taste – are the brain’s direct connection with the environment. If the brain senses food by sight, taste or smell, it generates hunger and turns on behavior “programs” that result in eating. Fast-food restaurants know this, which is why they have brilliantly lit marquee signs and pipe the smell of french fries into the exhaust vents to be inhaled by drivers passing by. The sweet taste of sugary icings is what drives most to eat doughnuts, not the cake. Now, imagine if you smelled french fries, and the aroma was coming from an auto parts store. You don’t forget your hunger; you go looking for a nearby McDonald’s. If your brain tastes sugar, and it gets saccharin or aspartame, it sends you off to find food.4

The NCAS industry hasn’t been bothered by this, though, as people have a strong desire to consider themselves as iron-willed, capable of eating sugary snacks if they can indulge in a sweet, low-calorie treat instead. In fact, many people can utilize NCAS-sweetened beverages in place of a sugar-sweetened soda or other high-calorie beverage.2 [NCAS work best in replacing the sugars in beverages, as they are not suitable for high-heat cooking, and the “empty” calories are present in beverages. “Sugar-free” foods often have similar calories due to the use of non-sugar thickeners to provide the “mouth-feel” expected from sugary foods.] 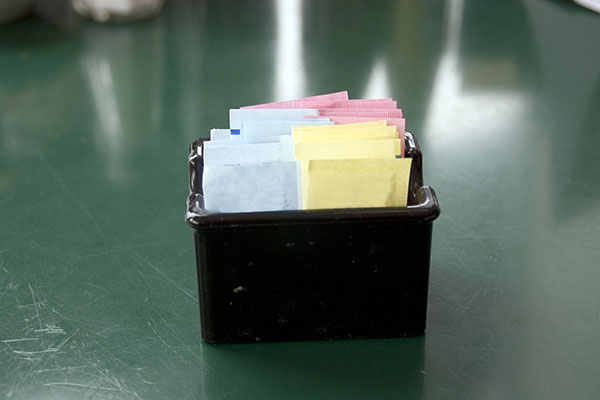 This would mean that NCAS are a valuable tool to losing weight, right? What do you think? Newer research (appearing after most NCAS have gone off-patent) suggests that NCAS might actually be sabotaging your metabolism. Our body is host to many bacterial colonies, so many that the number of bacteria cells actually outnumbers the “human” cells. The gut is a major locale, but as these bacteria come from nature, they work. In healthy, non-obese people, the bacteria help maintain the metabolism and health of the person, including ways that function like another endocrine organ. The gut “microbiome” has been shown to be altered by the diet, and the changes alter the human metabolism.5 But NCAS are not “food,” just sweeteners, so they should not affect the gut microbiome, right? Have you learned yet?

NCAS are not sugar, and their effects as chemicals have been sparingly researched (perhaps intentionally). However, now that research published in the eminent journal Nature has surfaced, it may be time to look at those little packets as more than pretty pink, blue and yellow sachets of sweetness.6

A series of experiments revealed some exciting (for scientists) findings. First, in mice given one of three NCAS for a week, compared to mice given water, there was a distinct and rapid onset of insulin resistance. This means they could not shuttle glucose (blood sugar) into their muscles and other tissues as well. The researchers suspected this was due to a change in the gut microbiome, so they treated the mice with antibiotics to kill all the gut bacteria, and the negative change was gone. Genetic analysis of the gut microbiome showed that the NCAS-fed mice developed an “unhealthy” population. Further, when the scientists transplanted feces (poop) from the NCAS-fed mice to a separate group of mice that were raised without a gut microbiome, the same changes occurred in the mice that received the fecal transplant – without being exposed to NCAS. This supports the idea that NCAS alter the gut microbiome in an unhealthy way, rather than affecting the organ function in the mouse.

Then, the researchers looked for evidence of the same effect in humans. Using data from an ongoing nutritional study revealed that NCAS users had a higher body mass index (BMI), waist-to-hip ratio, increased fasting glucose and HbA1c 9 (a marker of long-term glucose control, so higher is bad), as well as a gut microbiome that differed from those who do not consume NCAS. Of course, it is possible that those who are already obese are more likely to use NCAS as part of a weight-loss effort.

The authors tried to repeat a mini-study on humans, similar to that performed on the mice. Human subjects who did not consume NCAS routinely were given saccharin for a week, and tested before and after for signs of negative changes in how they handled sugar (aka glucose tolerance or insulin resistance), or changes in the gut microbiome. In four of the seven subjects, changes were noted. Finally, the researchers transplanted feces from subjects who showed changes, using stool samples from the day prior to receiving saccharin and after seven days of saccharin use. The pre-saccharin stool did not cause any negative changes in the mice, whereas the mice who received stool from the same human subjects after seven days of saccharin use developed signs of glucose intolerance. The pre- and post-saccharin feces had significant differences in the bacteria present, after just seven days.

While certainly not enough evidence for a conviction, it does suggest that NCAS may not be entirely benign as a food additive. NCAS may even be sabotaging weight-loss efforts in those who depend upon diet foods and beverages to a great degree.