Until I unleashed the explosive power that was within me, I never truly knew my full potential. What do I mean by that? Train for explosive strength. It is the neuromuscular system’s ability to generate high-action velocities. This can be viewed as moving a heavy weight as fast as possible. One thing I see at the gym that people are lacking is their explosive power. Don’t get me wrong; concentrating on the muscle and going slow is a training method that I do weekly, but there is a time and place for each training method and exercise. If an athlete is going to excel at sports, he needs to be able to build strength and then convert strength to explosive power. Other athletes are powerful but lack explosive strength.

Let’s take a brief technical look at the neuromuscular system and how it is used for explosive power.

The rate of force development (RFD) determines explosive neuromuscular performance. RFD is a measure of explosive strength, or simply how fast an athlete can develop force. Electromechanical delay (EMD) is the time lag between onsets of muscle activation. Both will increase as you train for explosive power. Explosive power movements are movements that require a maximum or as close-to-maximum power output from the athlete in a short amount of time. The goal of explosive exercise training is to build enough power to ultimately move heavy weights very quickly. I have to be passionate about what I am doing to have optimal intense explosive power.

Mindset plays a big role in being explosive for me. Getting pumped mentally before a lift is very important. You can psych yourself down as easily as you can psych yourself up for a lift. I repeat “light weight!” in my mind as I am getting ready, thanks to Ronnie Coleman. Most athletic sports require explosive power to perform. I don’t want anyone to throw a ton of weight on a bar and just start jerking it around; that’s how someone will get injured.

Tudor Bompa, in the 1980s, believed that RFD changes over a season were influenced by training modalities and time. While we don’t have an answer of what is ideal, we need to be careful with speed athletes who tend to respond faster to adaptations to the nervous system than their tendons can handle. 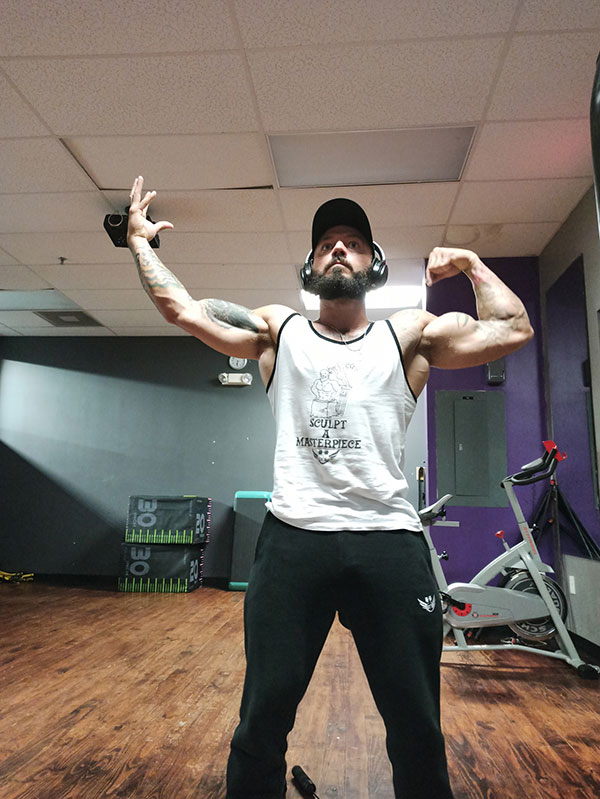 Training for Explosive Strength and Power

The four training methods to increase overall explosive strength and power are:

Plyometric Training. Plyometrics are a very high neural recruitment modality, they recruit fast-twitch fibers and have the capability of enhancing lifts and will improve jumping measures. Plyometrics is a type of exercise training that uses speed and force of different movements to build muscle power.

I utilize plyometrics that combine multiple movements (for example, squat jumps with rotation) that can enhance transfer and specificity in how athletes actually move on the court or field. Plyometrics and the amount of jumps seen in a team sport will have an inverse relationship. Periods of more frequent practice, low quantity, but intense plyometrics are often the best recipe.

Resistance Training. I know heavy strength training offers a benefit from a perspective of motor recruitment; it would only make sense to utilize this work to increase the availability of the motor pool prior to phases of training with a greater power emphasis.

One problem with using heavy weight training is that over time it will “stiffen” the nervous system, which will decrease motor learning and coordination. Some coaches, such as Nelio Moura, have written that this occurs after as soon as seven weeks of sustained maximal strength work.

A strategy I have used for training is three-week blocks followed up by plyometric-emphasized work.

Olympic Weightlifting. Use low reps, but vary in terms of density. In Olympic weightlifting for power and athletic performance, low reps are of the essence. Alternate the usage of low-density sets such as 6×4, with set and rep schemes such as EMOM sets.

EMOM or “every minute on the minute” workouts, challenge you to complete an exercise for a certain number of reps in less than 60 seconds. The remaining time within the minute serves as your recovery. The recovery time is crucial and you shouldn’t skip it.

Ballistic Training. Also called power training, is a form of training that involves throwing weights and jumping with weights, in order to increase explosive power. Ballistic training has the highest specificity and is very sensitive to bar monitoring and power outputs. Adding overload with ballistic work, in terms of bar speed monitoring or timed sets, can be an effective strategy here. The intention in ballistic exercises is to maximize the acceleration phase of an object’s movement and minimize the deceleration phase.

As I increase my ability level and training age, what “works” narrows and decision making on which movements to use becomes more selective. Very high-level athletes can get away with this, while lower and moderate-level athletes must utilize a greater spectrum of strength and special strength methods to force their nervous systems to higher outputs.

As I get older I find the explosive exercises I did 15 years ago might not be what I continue to do today. Weighted squat jumps, for example, are getting too hard on my knees at 37 years old. Where heavy strength training may help an athlete increase their specific power in early training years, it may not have good transfer later on. Training for explosive power, I have seen results in my overall growth in muscle size and my body fat is now in the single digits. Trust me – performing these quick bursts of explosive exercises will burn a ton of calories both during and after your workout.

William Brower William Brower is a Certified Personal Trainer, published fitness writer, and Certified Sports Nutritionist who works toward enhancing the well-being of his clients by using the knowledge, skills and resources he has garnered over the years to assist and inspire them on their journey to a healthier life. The method of training William focuses on is high-intensity interval training (HIIT). He believes that short bursts of high-intensity exercise followed by brief, low-intensity activity will help your body to burn calories for greater periods of time. William firmly believes that engaging your core each day in your fitness routine will help build a strong foundation. His philosophy is to “Develop an active lifestyle while having a balance of physical and mental well-being.” His interests are beach volleyball, boxing, snowboarding, hiking, camping, fitness training and traveling. IG @williamabrower