NORCROSS, Ga., Nov. 7, 2016 /PRNewswire/ – Gaspari Nutrition, an innovative and scientifically driven sports supplement company in the fitness industry is proud to announce the signing of IFBB Classic Mens Physique Pro, Robert Timms. Timms burst upon the stage with rapid wins in the NPC culminating with a decisive class and overall win at the 2015 Jr USA’s, earning him his IFBB Pro card. He culminated his 2016 season at the first IFBB Classic Mens Physique Mr. Olympia with a top 6 finish. 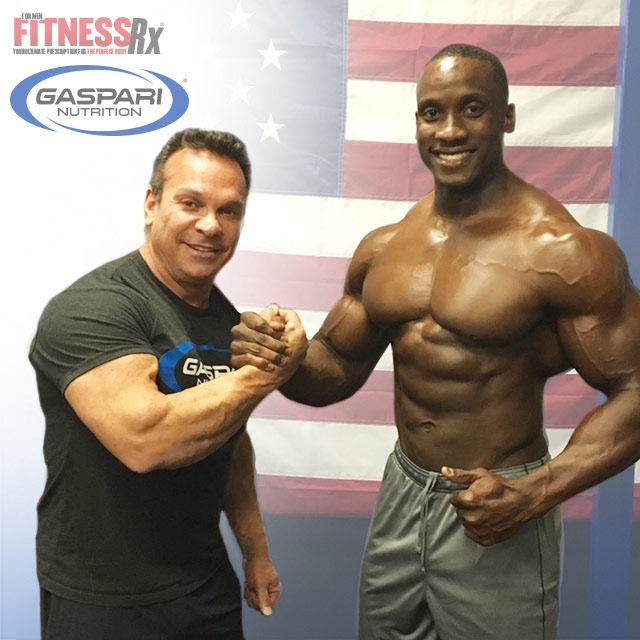 Timms who full time is a Staff Sergeant in the United States Air Force focuses his primary energies helping keep the military fit, to ensure they bring their best to the enemy in time of need. By combining his knowledge of training, nutrition and supplementation with the fortitude and focus of the Air Force, Robert Timms has created a defining champion in his own right. A cancer survivor who underwent chemotherapy for a non-Hodgkin’s Lymphoma, Robert has pushed past every physical boundary set before him.

“Outside of the industry I’m only Robert Timms – laid back and relaxed. The guy who understands that you can’t control everything in life and is ok with that, but believes that when you find something that you can do; do it well. You ride it until the wheels fall off. I’m the kind of guy who believes dedication, respect and honesty will take you along the road of life further than know-how alone”.

CEO Rich Gaspari in a recent interview stated – “Robert’s work ethic, combined with his relentless personal drive to overcome obstacles makes him a perfect fit for the team here at Gaspari. We are proud of bringing a member of the United States Military to our team and will support Robert through all that that encompasses”.

“The opportunity to work with Rich Gaspari has just made a bigger platform for my voice to be heard and for that I am grateful. I appreciate Gaspari Nutrition and the staff for seeing my vision and backing it with new and innovative products. Mr. Gaspari has respect and tremendous love for our sport. He sees further than what’s happening now. His perseverance is in this industry as a competitor, a once struggling business owner and as a champion of and for the sport taught me no matter what, don’t give up”.

Gaspari Nutrition (www.gasparinutrition.com) is a leading global Sports Nutrition and Supplement company. For more than 30 years’ owner and CEO Rich Gaspari, Rich Gaspari, has sought to develop the most innovative and scientifically driven sports supplements in the fitness industry. Gaspari Nutrition controls quality and purity in their own cGMP certified company that operates out of two U.S. production facilities totaling more than 400,000sq feet with its primary manufacturing and shipping taking place in Norcross, Georgia. Gaspari Nutrition rises above others through third party testing ensuring efficacy and quality for the consumer.