Unless you’ve been living under a rock for the last few years, you’re well aware that High-Intensity Interval Training (HIIT) is a hot topic in fitness and sports training. And, unlike most fitness trends that come and go like clothing styles, HIIT isn’t going anywhere because it’s based on a solid foundation of research showing its benefits on body fat reduction and improving fitness and conditioning.

According to the book Fitness and Wellness, 10th ed., “Research indicates that additional health and fitness benefits are reaped as the intensity of exercise increases. HIIT produces the greatest improvements in aerobic capacity (VO2 max) and increases the capability to exercise at a higher percentage of that capacity (anaerobic threshold), thus allowing the participant to burn more calories during the exercise session. The data also show that HIIT also increases the capacity for fat oxidation (fat burning) during exercise.” 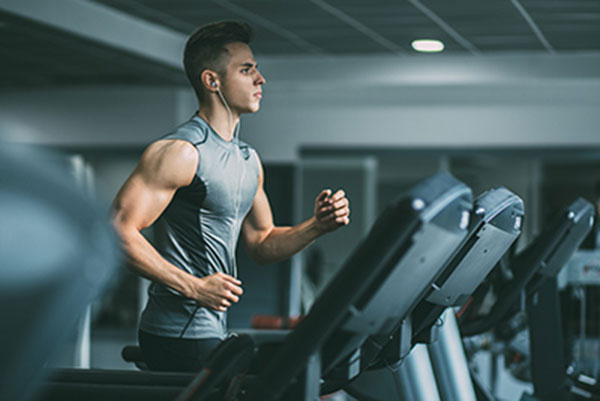 Now, although you may be familiar with HIIT, you may not be familiar with Supramaximal Interval Training (SMIT), which may be a more effective training method for active individuals (HIIT or SMIIT is not designed for beginners) at improving fitness and performance.

A 2013 study published in the European Journal of Sport Science looked at the endurance and sprint benefits of high-intensity and supramaximal interval training. The researchers in this study found that “improvements in 3,000 m time trial performance were greater following SMIT than continuous running, and improvements in 40 m sprint and Repeated Sprint Ability (RSA) performance were greater following SMIT than HIT and continuous running.”

Additionally, the researchers in this study observed a gender effect for the 3,000-meter time trial only, where females changed more following the training intervention than males.

In other words, (in this study) SMIT provided the greatest benefits for physically active individuals for concurrent improvements in endurance, sprint and repeated sprint performance.

The goal of this article is to 1) help you understand the differences between HIIT and SMIT and 2) show you how to safely and effectively incorporate SMIT into your workouts.

With both HIIT and SMIT, the more intense the work interval, the longer the recovery period. That said, since SMIT involves supramaximal (all-out) intensity, the recovery period involves full rest (no activity)— whereas with HIIT, “active rest” can be used by incorporating low-intensity exercise in the recovery phase (depending on one’s fitness level).

In the 2013 study mentioned previously, the participants were split into three groups: The HIIT group did four to six bouts per session of four minutes of work at 100 percent of their VO2 max and four minutes passive recovery (standing or sitting still). Participants in the SMIT group performed seven to 12 bouts per session of 30 seconds of work at 130 percent of their VO2 max with 150 seconds of passive recovery. And, the third (control) group did 30 minutes of continuous running at 75 percent VO2 max. Each group trained three times per week for six weeks.

Now, if you’re not familiar with the concept of VO2 max, you may be curious as to how you can work at 130 percent of your VO2 max, as its counter intuitive that one can go above 100 percent. The answer, to clarify this confusion, comes from a basic understanding of what your VO2 max is: VO2 max is measured in ml/kg/min; milliliters per kilogram a minute.

In the book Physiology of Sport and Exercise: 3rd Edition, VO2 max is defined as:

“The highest rate of oxygen consumption attainable during maximal or exhaustive exercise.”

What we’re really talking about here is aerobic vs. anaerobic training.

To understand this in more practical terms, here’s a simple, real-world example:

Let’s say you and a friend are jogging together. While you are jogging, you are carrying on a normal conversation. If you’re able to speak in normal (full) sentences without any huffing and puffing between words, it means you’re in an “aerobic state” (i.e., with oxygen). However, if you both decide to pick up the pace and speed up to a fast run or sprint, sure you’ll still be to talk to one another, but you’ll be unable to get out full sentences without huffing and puffing, which means you’re now in an “anaerobic state” (i.e., without oxygen). This is your aerobic ceiling or VO2 max.

The example I just gave you (above) is called “The Talk Test.” It’s a very simple, but legitimate method of telling whether you’re in aerobic or anaerobic state.

It’s that simple: If you’re able to speak a full sentence, as you normally would in a conversation, you’re still in an aerobic state. But if you have to take a breath (or a few breaths) during a single sentence, you’re in an anaerobic state.

Now you can see that 1) VO2 max is just the maximum volume of oxygen we can consume and make use of; the level at which we cannot increase our intake of oxygen, not the maximal amount of working intensity we can achieve. And, 2) Supramaximal training is simply working at an intensity that’s above your VO2 max: at an anaerobic intensity.

Also, at some point before we hit our VO2 max we come across the lactic threshold. The lactic threshold is effectively the boundary point that stops us making use of our full VO2 max. This is important to know because, although much is made of the VO2 max by many exercise physiologists, VO2 max is not a good predictor of performance in elite athletes. The winner of a marathon race, for example, cannot be predicted from maximal oxygen uptake.3 While a high VO2 max may be a prerequisite for performance in endurance events at the highest level, other markers such as lactate threshold are more predictive of performance.2

This reality lines up perfectly with the findings of 2013 study published in the European Journal of Sport Science mentioned previously.

If your high school experience was anything like mine, the term “shuttle run” brings back gym class flashbacks. I say keep the memory alive and add some old-school shuttle sprint work to your workouts now that you have new school knowledge of how beneficial this kind of training is to your fitness, figure and performance.

Put simply, shuttle sprints are one of the absolute best ways to incorporate SMIT into your workouts because you don’t need any special equipment or even need to be inside a gym. You just need the will to go through super intense work, which— no secret here— is just plain tough! But, with the right mindset you’ll realize it’s tougher than YOU are!

Training smart means using smart progression to gradually increase the intensity of each of your workouts to ensure that you’re continually improving with much less risk of injury or over-training.

Here’s a six-week shuttle sprint workout progression you can use to safely and effectively benefit from this SMIT modality:

Rest two to four minutes between sprint sets depending on your fitness level (i.e., recovery ability). Don’t start your next sprint set until you can complete a full sentence without huffing and puffing (i.e., pass the Talk Test).

Bad Knees? No Problem— Do This Instead!

If knee issues prevent you from even thinking about running shuttle sprints, or maybe you’re just worried about injuring yourself— no problem! An Airdyne bike is the perfect, knee-friendly, low-impact, but high-intensity alternative.

The Airdyne bike has been around for several decades— It’s that bike where you use your arms while you pedal. For this reason the Airdyne is superior to the usual style bike you see in gyms that only require you to use your legs.

If you can’t find a gym with an Airdyne bike to use, I recommend buying one (used or new) as they’re not very expensive and the value they give you fitness-wise far outweighs their financial cost.

To perform SMIT using the Airdyne bike, I recommend performed seven to 12 bouts per session of 20 to 40 seconds of work (as hard as you can go) with two to three minutes rest of passive recovery between sets.

Even if you don’t have bad knees, the Airdyne bike can absolutely serve as a nice complement to sprinting. In other words, it’s another effective method you can use to add diversity to you supramaximal interval training (SMIT) toolbox.