Arterial stiffness is basically how stiff or inflexible your arteries are— if you are looking to live a long life, arterial stiffness is not something you want. If there was ever a person who hates doing cardio, it’s me! One of my favorite shirts used to be the Universal Nutrition’s black T-Shirt that says, “Cardio Sucks!” I tried having a TV in front of me, reading, listening to music— it just bored the shit out of me to be in one place, like a rat on a spinning wheel. Nothing short of having a stripper do a pole dance in front of me could get me to do cardio! I was like a cardiologist who would sit there and point a finger at his patient and say, “You had better clean up your diet or you are going to wind up six feet under!” Then after his speech, the doctor would go outside and smoke a cigar! 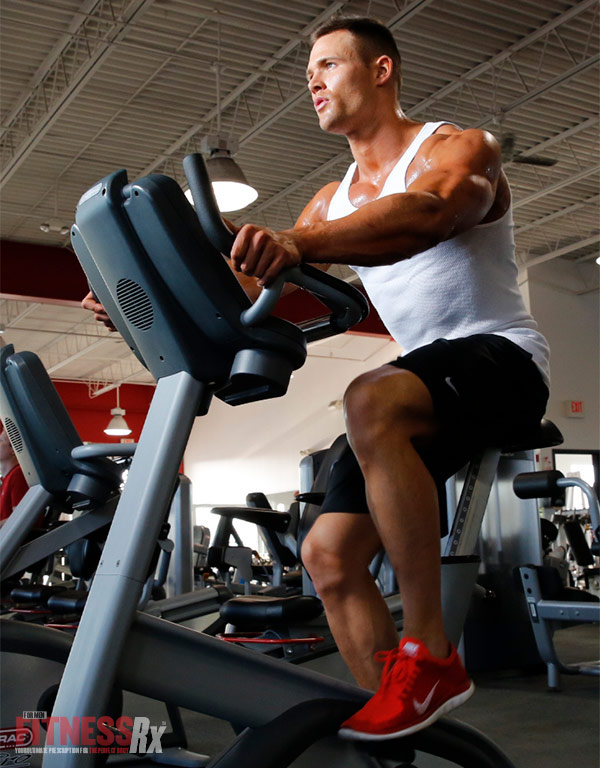 Cardiovascular disease is associated with elevated markers of systemic inflammation, including C-reactive protein and other inflammatory mediators such as cytokines, leukotrienes, tumor necrosis factor, and interleukin-6. Elevated levels of these inflammatory proteins are also associated with elevated heart attack risk factors, conditions such as obesity, diabetes mellitus, and angina pectoris. Numerous studies demonstrate that circulating mediators of inflammation participate in the mechanisms of vascular insult.1 In short, anything that causes inflammation is not good for your blood vessels and arterial health. This is also why it’s important to consume an antioxidant-rich diet to reduce inflammation. It has been shown that a single fattening meal can cause an acute inflammatory response, and reduce arterial blood flow.2 So if anything that causes inflammation is not good for your arteries, what about damaging muscle fibers during resistance exercise?

As you may have recalled from my past articles, the inflammatory response that occurs in muscle is part of the muscle-building process that activates IGF-1 in muscle.3 If you were to look at someone’s muscle tissue under a microscope after an intense bout of resistance exercise, it would look like a nuclear bomb went off! You would find the tissue loaded with macrophages and other cellular repair mechanisms to reduce the inflammation occurring at the site of injury. One of the most important contraction types for increasing muscle mass is the eccentric portion, but intense eccentric contractions also cause a local systemic inflammatory response after they are performed. When you are sore, you’ve got some inflammation going on in those tissues!! Interestingly, when experimentally-induced acute inflammation occurs, there is reduced endothelial function4 and increased arterial stiffness.5 Eccentric exercise has previously been shown to increase circulating inflammatory markers.6, 7 So the question is: does intense resistance exercise cause acute arterial stiffness?

Researchers from the University of Austin wanted to know if performing intense resistance exercise caused an acute inflammatory response, and whether it had any negative effects on blood vessels. A total of 27 healthy subjects participated in eccentric exercise involving either the leg press or biceps training. Subjects performed 6 sets of 10 reps on the Cybex inclined leg press in a bilateral workout, at 110 percent of each subject’s one-rep maximum, with three to four minutes rest between sets. The researchers wanted to know if there was a difference between exercising large versus small muscle groups, and wanted to determine if the inflammation response from intense exercise affected blood vessel health differently. 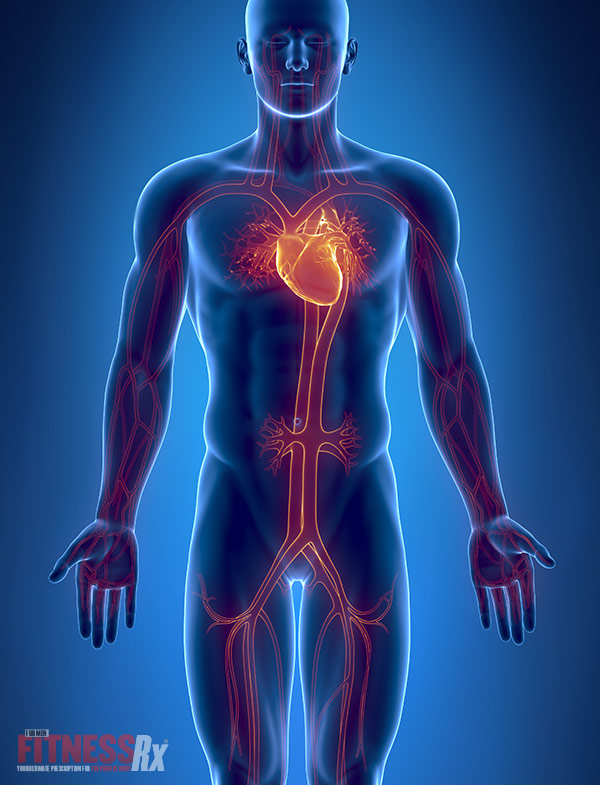 The results of the study show that eccentric exercise, in both large and small muscle mass groups (i.e., biceps and legs), caused increased arterial stiffness.9 In both groups, arterial stiffness increased at 48 hours post-exercise— when muscle soreness peaked and the corresponding inflammatory responses were expected to peak. The scientists hypothesized that the local inflammation produced after muscle damage caused a systemic “spillover” of inflammatory molecules into the systemic circulation.

Interestingly, adults who have gum disease and have inflamed gum tissues have a greater risk for having a heart attack due to a similar process. The inflammation in the gums results in a low-grade inflammatory response that becomes systemic, and causes blood vessel deterioration.

It has been previously been reported that eccentric cycling and downhill running results in a greater increase of interleukin-6 into the serum.8 So the bottom line is that every time you put your body though an intense bout of exercise, acute inflammation can cause increased arterial stiffness— however, it is well established that aerobic exercise can reduce inflammation.

Although weight training does provide heart benefits, you can’t get the maximum heart health from just from weightlifting— you need to do some cardio year-round. Just like Jules from “Pulp Fiction,” I am giving you divine intervention to get your ass to the gym and do some cardio!!