Skip to content
FitnessRX for Men > Training > Chest > Increase Your Bench Press and Build a Bigger Chest
Share This!

I’ve been training with weights for two years and I’m 35, 6-foot-2 and 270 at about 20% body fat. My problem is my chest. It’s lagging. After two years I can still only max out at 250. It kills me to see guys smaller than me hitting 350. Heredity has given me a big chest with a lot of meat but little muscle. It looks big, but it’s just fat. It’s so underdeveloped that it causes my tri’s to engulf my bi’s. Can you help me with a chest routine that will get me into the 300+ club? I definitely want to get bigger too, but if I get stronger wouldn’t everything else get bigger? My routine once a week is: incline barbell press, three sets: I start with 12 reps, then eight reps, then failure from three to five; bench press, three sets (same); decline press, three sets or incline cable flye (same).

You should be concerned. A 250-pound maximum bench press isn’t very good for a 270-pound man who’s been training regularly for two years. I have a feeling your chest routine isn’t the reason you can’t put up more weight than that, though. There’s a huge misconception that the pectoral muscles are what move the weight up in the bench press. Actually, they’re just part of the team. You also must have powerful triceps and front delts to drive the bar up off your chest. In fact, if you ever get a chance to attend a powerlifting meet, you’ll notice something strange. A lot of the men who can bench press outrageous amounts of weight in proportion to their bodyweight – and I’m talking about 220-pound guys who can bench 600 pounds – don’t have the massive chest development you would expect them to. What they always do have, however, are thick triceps and anterior deltoids. And you may expect them to do mostly bench pressing in their training to increase their one-rep maximum (1RM), but you’ll find that they do a lot of so-called “assistance work” for shoulders and triceps. Those exercises are usually close-grip bench presses, weighted dips and military presses. In fact, if I recall correctly, Ted Arcidi, one of the first men to bench press over 700 pounds in official competition back in the 1980s, could do a few reps with 405 pounds in the seated military press and about 315 pounds for skull-crushers. Marvin Eder, who bench-pressed 515 pounds in the early 1950s at a bodyweight of just 195 pounds (in the era before steroids, I might add), could perform dips with 400 pounds around his waist, as well as do behind-the-neck presses with over 300 pounds. So I suggest you start working hard on compound movements for the shoulders and triceps. When you said your chest was lagging, I’m not sure if all you were referring to was strength. Your phrasing was a bit confusing when you said your chest had “a lot of meat but little muscle,” because typically meat is a slang term for muscle mass.

If all you care about is strength and not the actual development of the muscle, that’s your prerogative, but if you want to improve your pecs, you need to stop thinking so much about lifting weight and concentrate more on working the muscle, or to be more specific, feeling the muscle work. Focus intensely on squeezing or contracting the muscle as you press the weight up and then on stretching the muscle as you lower it back down under control. Practice this with half your normal working weight and half your normal rep speed to build a good sense of mind-muscle connection. Strength and size are related, but not nearly as closely as most people think. A bodybuilder with a mastery of the mind-muscle connection can work his muscles very hard and make them grow without using super heavy weights. Finally, I think you need to seriously consider losing some weight. 20% body fat not only looks pretty sloppy, it’s also unhealthy and increases your chances of developing heart disease, diabetes and other maladies you don’t want. 15% would be more reasonable. Add in a few sessions on the treadmill to your workout routine every week after your weight training and tighten up that diet to get rid of junk, fast food and excess carbs.

Charles Glass is the Godfather of Bodybuilding, with over 35 years of experience as a trainer of champions. Charles’ methods produce dramatic and significant gains to anyone that applies them. His clients cross the spectrum from celebrities, fitness athletes, and pro athletes to everyday people, and include some of the most successful people in the fitness industry and numerous Mr. Olympia and Bikini Olympia champions. For more information, visit godfatherofbodybuilding.com 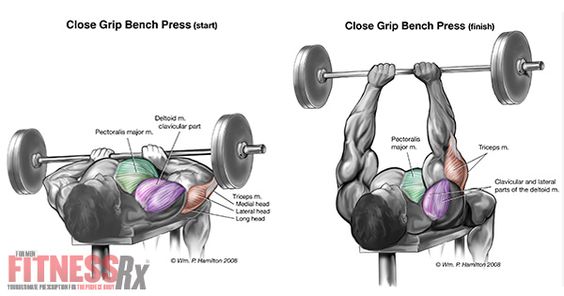