One of the most popular weight-training strategies for accelerating fat loss is to perform aerobic exercise after an overnight fast. The strategy, first popularized by Bill Phillips in his best-seller Body for Life, is based on acute research showing that low glycogen levels cause your body to shift substrate utilization away from carbs, thereby allowing greater mobilization of stored fat for energy.

Indeed, some studies have shown that consumption of carbohydrate prior to engaging in aerobic exercise reduces entry of long-chain fatty acids into the mitochondria, thus inhibiting fat oxidation.1,6,9,5 Here’s the kicker, though: results are specific to low-intensity cardio. While fat breakdown is accelerated during fasted high-intensity cardio, the amount of available fatty acids exceeds the body’s ability to use them for fuel.3,7 Hence, the common practice of performing HIIT while fasted is actually counterproductive from a fat-burning standpoint.

While acute research would seem to suggest a potential benefit to performing fasted cardio – at least at lower intensities – there’s one not-so-little problem when attempting to extrapolate results into practice: namely, the amount of fat burned during exercise does not necessarily reflect actual fat loss. Understand that the human body continually adjusts its use of substrate in accordance with a multitude of factors that can change from moment to moment.14

Take-home point: Fat burning must be evaluated over the course of days – not on an hourly basis – to truly understand its effect on body composition.5

My lab sought to determine whether fasted cardio actually promoted differences in fat loss over time. Twenty recreationally trained college-aged women were randomly assigned to either a fasted training (FASTED) group that performed exercise after an overnight fast or a non-fasted training (FED) group that consumed a meal prior to exercise. On training days, the morning meals were consumed in the form of a shake that provided 40 grams of carbs and 20 grams of protein. These meals were ingested under the supervision of the research team to ensure that subjects adhered to either the FASTED or FED conditions.

The training protocol consisted of one-hour sessions of supervised steady-state treadmill exercise performed at 70 percent of maximal heart rate – an intensity that equated to a fast walk/jog. The low-intensity nature of the protocol ensured that any fat-burning advantages associated with fasted cardio would translate into greater improvements in body composition. Training was carried out three days per week for four weeks.

To help control food intake and thus optimize fat loss, subjects were given customized meal plans designed to create a 500-calorie deficit. The meal plans provided a balance of carbs (~45%), protein (~30%) and fats (25%), and allowed ample ability for the subjects to choose their preferred foods. Subjects recorded their daily food consumption in an online journal for continual monitoring of nutritional intake. Nutritional counseling was provided throughout the study period to enhance dietary adherence.

The results were somewhat surprising: Although both groups lost a significant amount of weight and body fat, no differences were noted between conditions in any body composition measure. Adherence to the program was excellent, with average attendance equating to more than 95 percent of total sessions.

The discrepancies between acute and long-term findings can be explained by the fact that consuming a meal before exercise increases a phenomenon termed the thermic effect of exercise (TEE). The influence of performing cardio in the fed state on TEE was demonstrated in a crossover study by Paoli et al,12 where subjects participated in two separate treatment conditions: on one occasion the subjects performed a bout of moderate-intensity cardio after eating; in the other they performed the same exercise protocol after an overnight fast. Meals were individually prepared by the researchers so the total quantity of food and macronutrient ratio did not differ between conditions. Results showed a greater utilization of fat as a fuel source following exercise in the fed condition, with differences remaining significant 24 hours post-workout. Similar results have been reported by other researchers,2,4,11 although another study contradicts these findings.10 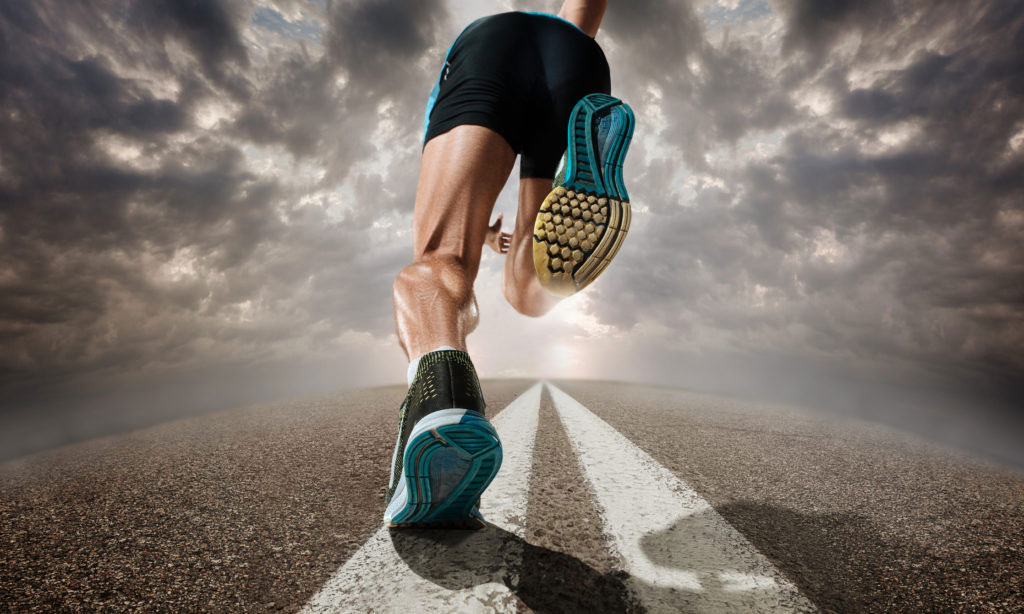 It’s also important to consider the location of fat stores mobilized during training. From an aesthetic standpoint, the only fat loss that really matters is from subcutaneous (i.e., underneath the skin) depots. However, only a little more than half of the fat burned during training is derived subcutaneously; the balance comes from intramuscular triglycerides (IMTG).16 IMTG are stored as lipid droplets in the sarcoplasm of the muscle and their close proximity to the mitochondria facilitates their ability to be used on-demand during exercise.13 As might be expected, the body adapts to performance of regular exercise by increasing utilization of IMTG, thus sparing carbohydrate for potential anaerobic needs. Studies show that the reliance on IMTG for fuel in aerobically trained individuals is almost twice that of those who are untrained,13,17 with the contribution of IMTG stores rising to approximately 80 percent of total body fat utilization during 120 minutes of moderate-intensity endurance training.8 The take-home point here is that acute studies do not distinguish between subcutaneous fat and IMTG, and thus the net effect of increasing fat utilization during training becomes increasingly less relevant with long-term aerobic adherence.

So does this mean that there is no benefit to performing fasted cardio? Not necessarily.

A couple of study limitations need to be taken into account when attempting to draw evidence-based conclusions. For one, the study was of relatively short duration, spanning only four weeks. While this period of time was sufficient to achieve significant fat loss, it remains possible that very slight differences between conditions might take longer to manifest.

Moreover, the findings are specific to young, recreationally trained women and cannot necessarily be generalized to hard-training physique athletes. It has been postulated that the true benefit of fasted cardio is specific to those with low levels of body fat (e.g., pre-contest bodybuilders) who are trying to lose that last pound or two of stubborn fat. Whether this outcome plays out in practice is yet to be determined.

It appears clear that if there are in fact any benefits from fasted cardio, they would be minor at best. Although it remains possible that lean, competitive athletes might see small but potentially meaningful benefits on fat loss from performing exercise prior to a morning meal, the strategy just as easily could have a negative impact on fat burning via a reduced TEE. When considering all the evidence, the best advice here would be to experiment with both strategies and try to objectively determine what works best for you as an individual.