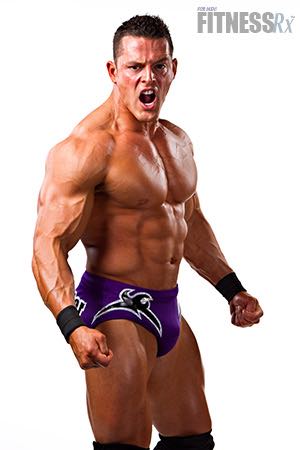 There’s an old saying, "don’t talk the talk unless you can walk the walk." When it comes to Jessie Godderz that goes without saying and his braggadocio ways are merely a part of what makes him so entertaining. You see, being confident is so easy when you look the way he does.

Godderz, 27, has made sayings like, "my 20-inch gunz named "Continuously" and "Awesome," "my PEC-Tacular pecs," "my NECK-Tacular neck," "boulder shoulders" "8-pack rock-hard abs," and "tree trunk thighs" famous for viewers of a litany of television programs, with CBS’ "Big Brother" leading the list.

With that five-year "Big Brother" run, the former Mason City, Iowa train conductor holds the record for appearing on the most consecutive annual editions of a network prime time reality series in television history.

During his reality show tenure, the 5’11", 210 sculpted pound Godderz delved into a few other of his lifelong dreams – bodybuilding and wrestling. He earned his pro card in the World Natural Bodybuilding Federation and began grappling in the WFX, a Canadian organization.

In 2011, Total Nonstop Action wrestling signed him to a developmental contract (making him the youngest two-sport professional athlete), where he plied his trade in Ohio Valley Wrestling, the ‘farm club,’ if you will, of TNA Impact! Wrestling.

"I then honed my craft at the world-famous and internationally respected Team 3D Academy, with the brilliant Bully Ray and Devon (Dudley)," Godderz recalls, also mentioning some names that helped him out in OVW, such as Al Snow, Bruce Prichard, Danny Davis, Frank Miller, Rip Rogers and Nick Dinsmore.

"They taught me all of the ‘ins and outs’ of the business and have given me all of the tools to succeed," says a beaming Godderz. "It was a privilege to learn from the best in the biz…and that’s exactly what they are."

As Godderz was making a name for himself, the ‘powers that be’ in TNA were planning on when the youngster would make his debut in ‘The Show.’ Eric Bischoff and Dave Lagana (who Godderz considers two of his biggest supporters, as well as TNA president Dixie Carter, who he says that he "owes the world to") wanted to pair him up with Lisa Marie Varon, better known as Tara to wrestling fans, as her ‘Hollywood Boyfriend.’ A natural pairing, to say the least, and one of the organization’s most successful story lines since it occurred in 2012.

"I feel like the luckiest guy in the world," Godderz explains. "She has taught me so much in such a short period of time and I feel so fortunate to have formed this close bond with her.

"We have been dubbed ‘Hollywood’s Hottest Power Couple’ and ‘The First Couple of Impact! Wrestling.’ It’s a true honor to be working with such a famous and successful superstar in the field."

Another wrestler that Godderz has had the pleasure of working with is none other than Robbie E, and the two were involved in a recent ‘Bro-Off’ on the program. "Fans around the world have stated calling us the 2013 version of "Bill and Ted’s Excellent Adventure" with Robbie calling everyone ‘bro’ and me always saying, ‘dood,’" Godderz says with a laugh. "We have become close friends and he’s a great dood…no, make that a PEC-Tacular dood!" 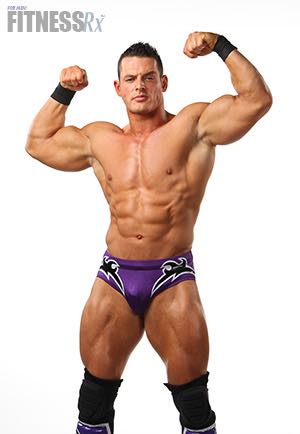 Striking while the iron is hot, Godderz has landed what he describes as his "first official acting project" as the leading man in a drama entitled "Tainted Dreams," in which he will be starring alongside several famous stars from various daytime soap operas (such as "All My Children," "One Life To Live" and "Guiding Light"), reality stars from the ‘Real Housewives’ and ‘Mob Wives’ franchises and even the aforementioned Varon, aka Tara.

So we should get used to seeing Godderz and his impressive physique for a long time. His appearances on TMZ and E!’s "Talk Soup" are legendary and Spike TV (the home of TNA wrestling) has used Godderz as a crossover star on their Bellator MMA "King Mo: Unrivaled" special this past January.

"I truly owe everything – my whole career – to my close bud Chris Roach, the CO-EP of "Big Brother,"" says Godderz, who was given the additional moniker of "Hollywood’s Hottest Superstar" on a recent addition of Impact! Wrestling. "He has been my biggest supporter since Day One and encouraged me to never give up. If it weren’t for him, I don’t know where I’d be today.

"I also owe everything to Rich Meehan and Allison Grodner from "Big Brother" for their unwavering support and belief in me, as well," continued Godderz.