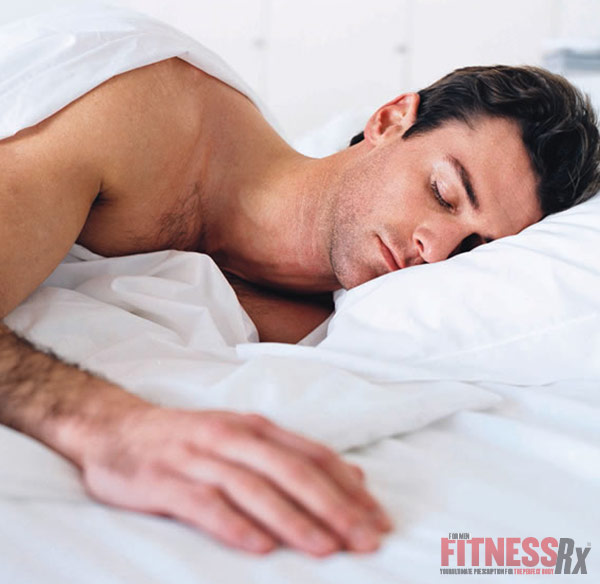 According to scientists at the Sleep and Circulation Research Center in Sydney, Australia, sleep is associated with a number of endocrine changes, including changes in insulin’s actions. Chronic sleep restriction can alter daytime glucose control and increase appetite. This can lead to decreased metabolism of fat, resulting in increased fat storage. Short sleep duration is also associated with reduced leptin and elevated ghrelin activity.

As a point of reference, leptin is a protein made up of 167 different amino acids. Produced in fat cells, leptin’s activity within fat cells is directly proportional to the amount of fat developed by the body. This is due to the fact that leptin acts on key receptors in the hypothalamus in the brain. By regulating the actions of these receptors, leptin:

1. Inhibits the effects of a substance known as neuropeptide Y, an amino acid that encourages storage of ingested food as fat.
2. Diminishes the activity of anandamide, a compound made from phospholipids (fat derivates). Anandamides are known to bind to the same brain receptors as THC (delta-9-tetahydrocannabinol), the active compound found in marijuana. When leptin activity is reduced and anandamide activity becomes erratic, this can cause binge eating.
3. Enhances the metabolism of a-MSH, a receptor in the brain that is responsible for appetite suppression. Dysfunction of this receptor can also lead to uncontrolled food intake, obesity and less fat-burning.

Note: The appetite-suppressant leptin, made from fat cells, has in many circles turned out to be a bust, mainly because the majority of obese patients are resistant to its thermogenic effects. By getting enough sleep and staying lean and mean, you have the ability to naturally make all the leptin you need to burn unwanted body fat.

Ghrelin is a pre-prohormone that is manufactured by cells called P/D1 that line the stomach. Ghrelin turns on the hunger switch and dramatically alters energy metabolism, causing weight gain and increased fat storage.

Note: In a recent study looking at triggers that elevate ghrelin activity, researchers reported that protein intake could promote a rapid decline of up to 70 percent of ghrelin circulating in the blood.

Other Catabolic Aspects of Sleep Deprivation

The following list represents some other catabolic responses as a direct result of not getting adequate amounts of rest and sleep.

Getting Ready For Midnight Mass

As nightfall approaches, a small gland located between the eyes (the pineal gland) begins to produce the hormone melatonin. Melatonin is the hormone that induces sleep as nightfall approaches. As morning approaches and light hits the retina, neural impulses signal the pineal gland to reduce melatonin production. This hormone plays a key role in growth hormone stabilization and regulation of corticosteroids (stress hormones) that interfere with proper insulin function, thus promoting fat storage. In fact, researchers in Germany recently reported that supplementation of 3 milligrams of melatonin for four weeks significantly increased percentages of REM sleep.

As an astute weight trainer and fitness-conscious reader of FitnessRx for Men, you are undoubtedly eating five to eight small meals daily. You also probably have a post-nutritional program in place and are planning to rest up for your next workout session. However, many active men aren’t prepared to go head-to-head with the impending catabolism that occurs during sleep.

There is now an overwhelming body of evidence that confirms that several natural supplements can help stimulate growth, repair muscle tissue as well as modulate fat-burning activities during sleep. The key muscle-building hormone— growth hormone (GH)— is secreted during sleep, and with the assistance of the following supplements you can help stimulate GH production. This will help your body maintain what could be referred to as a state of internal anabolic equilibrium.

In other words, these supplements can help counteract or minimize much of the catabolic destruction that goes on when you finally hit the sack, as those two-to-four-hour feeding times come to a streaking halt. So utilize these GH releasers judiciously and in some cases synergistically (two or more together in combination), to help keep those growth and repair mechanisms running at full throttle, even at rest. The following list represents some of the most well-known products that have the ability to help counteract catabolic processes that occur during sleep.