It’s no secret that Dwayne “The Rock” Johnson is one of the best-built men on the planet. It’s also no secret how he built the physique that has helped him become one the highest-paid actors in Hollywood – discipline, dedication and a balls-to-the-wall mentality every single time he steps into the gym.

One day I’ll get the therapy I need. Until then… #HeavyIronFightsThePain #CheaperThanAShrink #NoFannyPacks My only drawback is f*cked up calloused hands.

Johnson’s drive stems from a combination of good genes – both his father and grandfather were professional wrestlers – and an athletic upbringing that helped him earn a spot as a starting defensive lineman on the 1991 Miami Hurricanes national championship-winning football team. It was only a few years later that he entered the world of professional wrestling, where his charisma, athleticism and ability helped him grow into one of the WWE’s top Superstars. Even today, at 42 years old, Johnson still attacks every training session like he’s a freshman walk-on trying to make the team.

“He rarely takes a day off and loves being in the gym,” says Johnson’s trainer/nutritionist George Farah, who also works with a number of world-class bodybuilders. “No matter where in the world or how tired he may be from long days of filming, he never gives less than 100 percent in his workouts. This man is like a machine. You put it down on paper, and he will make sure to execute it.”

Check out Johnson’s training split and workouts below. 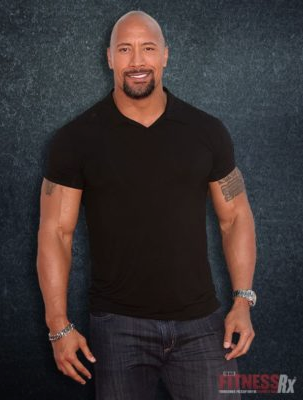 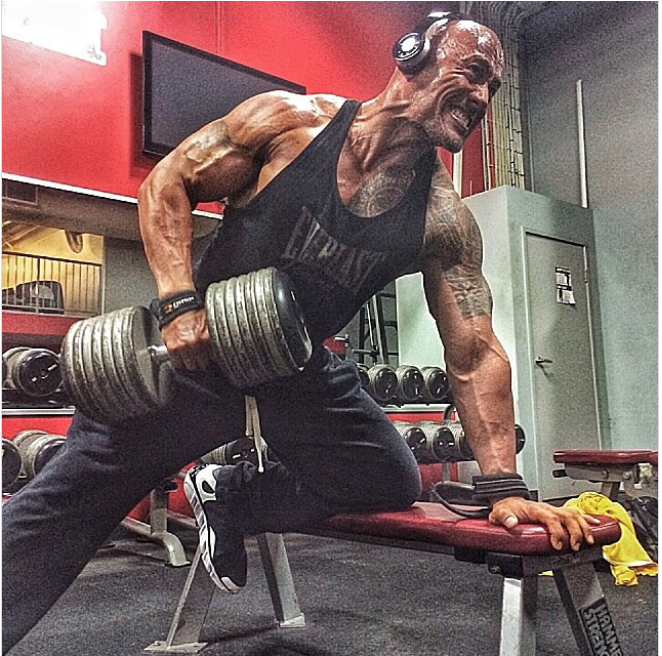