You’re probably familiar with the ongoing arguments pitting strength training against cardio training, arguing that one is better than the other for fat loss.

If you’re willing to extrapolate these outcomes and recommendations to also include non-obese, active individuals, aerobic (cardio) training appears to be the optimal mode of exercise— over resistance training— for reducing body fat.

Now, these results are only half of the training puzzle because you don’t just want a “lean” physique; you want a lean and muscular physique. And, in order to achieve the “muscular” part, you’ve got to do resistance training, which is why the researchers of this study also stated that “a program including Resistance Training is needed for increasing lean muscle mass.” 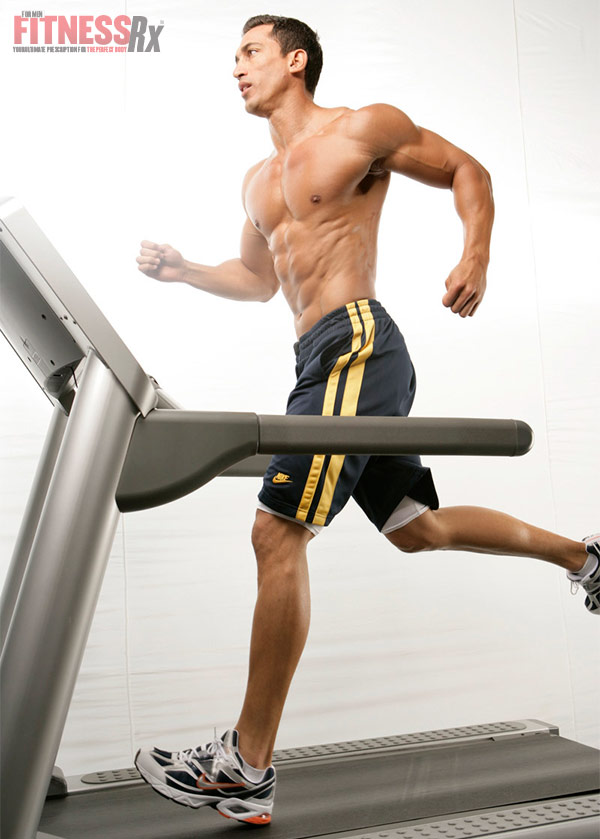 Although any type of physical activity can have positive health benefits, the benefits of steady-state cardio training from a fat loss (without muscle loss) perspective is often very misunderstood, and research like the study mentioned above can often add to that confusion.

In order for you to understand why common statements like “If you want to burn fat, do cardio” are deceiving, you must first have a clear understanding of what steady-state cardio training is, and what it isn’t!

The main thing that separates aerobic from anaerobic training is intensity. Here’s a simple, real-world example to help you better understand this: Let’s say you and a friend are jogging together. While you are jogging you are carrying on a normal conversation. If you’re able to speak in normal sentences without any huffing and puffing between words, it means you’re in an “aerobic state.” However, if you both decide to pick up the pace and speed up to a fast run or sprint, sure you’ll still be to talk to one another, but you’ll be unable to get out full sentences without huffing and puffing, which means you’re now in an “anaerobic state.”

The example just given is called “The Talk Test.” It’s a very simple, but legitimate method of telling whether you’re in anaerobic or anaerobic state.

It’s that simple: If you’re able to speak a full sentence when doing cardio-type activities like running, jump rope, etc., as you normally would, you’re still in an aerobic state. But, if you have to take a breath (or a few breaths) during a single sentence, you’re in an anaerobic state.

Cardio Does Not Exclusively Burn From Your Fat Stores!

When you’re in an anaerobic state, your body exclusively burns glycogen, which is basically what your body transfers carbohydrates into after you consume them. Glycogen is synthesized and stored mainly in the liver and the muscles. And, it’s your body’s preferred energy source.

However, when you’re in an aerobic state, your body has many options available to use (burn) as energy. In an aerobic state, your body can burn from glycogen, fat and muscle tissue. Put simply, sure cardio training can and does burn fat, but it can also burn glycogen or even muscle tissue as well, which is why very few (if any) endurance athletes (like runners and cyclists) have much muscle mass.

Also, with the above physiology in mind, it’s easy to see how cardio training burns more overall calories than resistance training. But, the fact is it still doesn’t mean that all you need to do is cardio. It just means that if fat loss is your goal, you probably need to add it in addition to strength training.

In other words, as stated above, cardio training is just one piece to the puzzle.