Skip to content
FitnessRX for Men > Training > Workout Tips > How Much Rest Between Sets For Size & Strength?
Share This!

Optimal workouts enhance every part of your training session, including variables such as intensity, number of sets and the all-important rest period between sets. Unfortunately, most of us pay a disproportionately high amount of attention to variables associated with the work period while very few focus on the rest period. The lack of attention to rest interval length can inhibit progress in the weight room by negatively influencing anabolic hormone levels or exercise intensity during your workout. While several lines of scientific evidence clearly show that specific rest period duration optimally complements certain intensity levels, more recent studies have shown that shortening the rest period between sets regardless of intensity level may enhance muscular adaptation to resistance exercise. Taken together, this information provides a deeper understanding of the rest interval and the incredible impact it has on the efficiency and effectiveness of your workout. 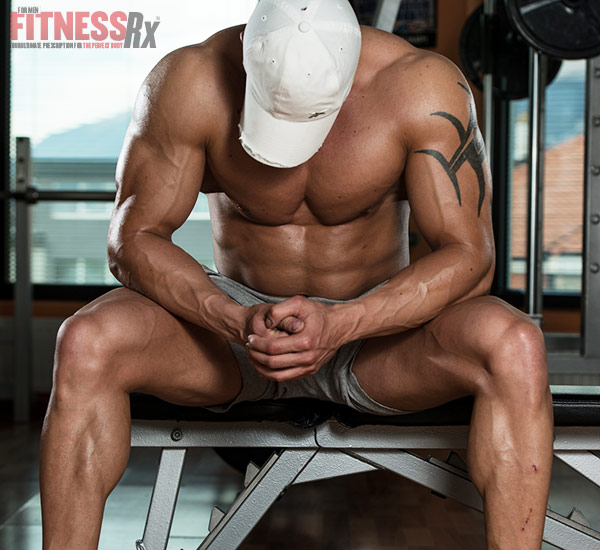 When Training for Strength and Power, Rest 3-5 Minutes

The most beneficial amount of time taken for the rest interval during high-intensity strength and power training (1 to 5 repetitions using weight at 85 to 100% of your 1-repetition maximum, or 1RM) is typically between three to five minutes.1 This amount of rest mitigates premature muscle fatigue while maintaining muscle performance for the entire workout, primarily because muscle force production at high intensity is generated by fast-twitch muscle fibers that are highly dependent on anaerobic energy. Initially, all of this anaerobic energy comes from adenosine triphosphate (ATP) and creatine phosphate stored within muscle. And it’s in the muscle where the conversion of ATP into adenosine diphosphate (ADP) provides the energy that drives muscular contraction, and creatine phosphate subsequently regenerates ATP levels by donating its phosphate group to ADP to produce ATP. Because fast-twitch muscle fibers engaged in high-intensity training rely so heavily on ATP levels, the rest interval between sets should closely match the time required to fully replenish ATP, which is approximately four minutes.2

Moreover, if the rest interval is not long enough to allow for ATP replenishment, the body will begin converting glucose into energy by anaerobic glycolysis— causing an accumulation of lactic acid that will ultimately decrease muscle force and power. This fact was clearly illustrated in a study by Abdessemed et al.3 that examined the influence of recovery duration on muscular power while performing multiple sets of bench presses at high intensity with one, three or five minutes of rest between sets. In the groups that rested three and five minutes, there was no considerable loss of muscle power between the first and last sets and lactic acid levels did not increase at all. Conversely, the one-minute rest condition produced a significant decrease in muscular strength along with a substantial elevation in lactic acid. These results suggest that the one-minute rest condition was not sufficient to replenish muscle ATP levels, which placed greater emphasis on anaerobic glycolytic energy production as demonstrated by the significant elevation in lactic acid levels in the blood. Therefore, resting three to five minutes between sets allows for the maintenance of muscle force production over multiple sets and repetitions at high intensity levels.

While the study by Abdessemed et al. showed that appropriate rest periods can maintain muscle energy levels, ideally this sustained energy should support longer periods of greater intensity, which ultimately produces greater strength gains in the long term. In order to investigate the influence that longer rest periods have on strength gains, a study by Pincivero et al.4 evaluated the strength level of two different groups that performed high-intensity leg extensions and flexions three days per week for four weeks. The first group rested for only 40 seconds between sets while the second group rested 160 seconds between sets. Changes in quadriceps and hamstring strength were measured after the four-week workout period, with the 160-second rest group demonstrating significantly greater increases in muscle strength and power. 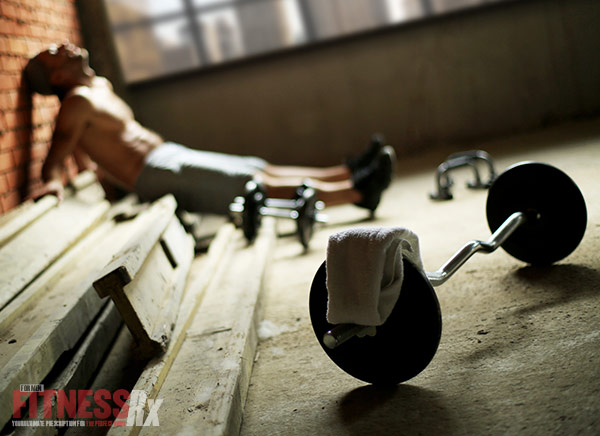 While the most advantageous strength training requires extensive rest periods that maintain muscular performance for greater strength gains, and maximum muscle growth stems from workouts with shorter rest intervals that increase muscle-building hormone levels, a recent study by Villaneuva et al.9 investigated a combinatorial approach that mixes high-intensity training with short rest intervals that apparently improves strength and muscle mass. In this study, researchers exposed test subjects to high-intensity resistance training while only allowing for 60- and 90-second rest periods. The results show that both groups increased testosterone levels while also exhibiting extensive strength improvements. While these results are impressive, the study did not look at a third group with a longer rest period that would most likely have produced greater strength gains. Nevertheless, this combined method could be occasionally used as a unique way to improve size and strength.

Too Long of a Rest Period Can Diminish Strength

The most effective rest interval for building maximum strength should be long enough to permit full recovery of the neuromuscular system, but not too long that you lose the positive influence that post-activation potentiation (PAP) has on muscle force production. PAP is the increase in muscle force and performance from previous sets that stems from the greater activation of the myosin regulatory light chain protein. The more active myosin regulatory light chain protein stimulates more interactions between the muscle proteins actin and myosin.10 Since actin and myosin interactions directly cause muscular contraction, more actin and myosin interactions increase muscle contraction force.

A study by Jo et al. investigated the optimal rest period length that maximizes the influence from PAP.11 In order to research this, 12 trained male subjects performed five reps of squats at 85 percent of their 1RM. After rest periods between five to 20 minutes, the researchers measured each subject’s power output. The results show that increased gains in power started to subside after four to five minutes of rest. Consequently, ideal strength training should include rest periods between three to five minutes between sets for greatest effect.

In summary, rest period length is an extremely important workout parameter that should be adjusted according to your specific training goals. For instance, three- to five-minute rest intervals have been shown to maintain muscle performance throughout the entire workout, generating maximal strength gains when strength training. Shorter rest intervals of 30 to 60 seconds are the best way to encourage muscle growth by increasing growth hormone levels. Furthermore, the use of relatively shorter rest interval lengths in combination with high-intensity training has recently been shown to elicit greater anabolic hormone levels that boost muscle mass while simultaneously augmenting strength.