Everyone grab your infomercial ab products! A new study has finally answered the question as to whether sit-ups, crunches and those quirky hold-a-dumbbell-and-bend-to-the-side-back-and-forth exercises shed belly fat.

Now, toss that junk in the trash can if it claims to drop inches off your waist in bold colors directly below the spandex-clad beach bunny or GQ underwear model.

Let’s be clear— exercise is a vital component to developing musculature, including the various muscles that form the “core.” Exercise is also a major factor involved in reducing body fat and it is very effective when combined with a maintenance or hypocaloric diet. 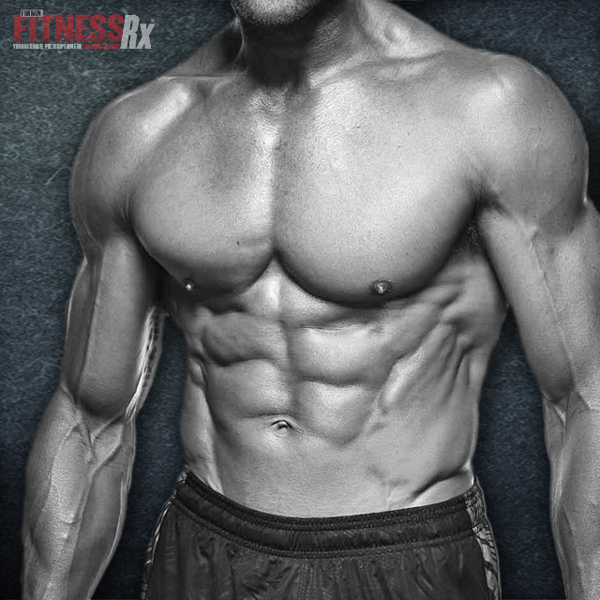 The average person not only is seeking to lose fat for the overall health benefit; he or she is typically fixated on one “problem area.” Many women are concerned about the appearance of “fleshy arms” or the eternal nemesis— cellulite. Yet, for men and women alike, the primary culprit is the belly. Late at night, or throughout the weekend, informercials hawk all varieties of exercise programs and widgets that promise a midsection like actor Daniel Craig’s (of James Bond fame). The implication is that working the abs will not only provide a rigid washboard of muscle, but also melt the overlying fat away in a tsunami of spot reduction.

So, the question nearly everyone wants to know is, “Can I get a six-pack in six minutes, or even 60?” Even scientists wondered, given the ubiquity of the claim. Thus, there have been several studies published. The general consensus is that unless the exercise volume meets the ACSM (American College of Sports Medicine) recommendations of 150 minutes weekly and is coupled with a hypocaloric diet, there will not be any overall fat loss.1 But there have been some conflicting reports. A study published in 1965 demonstrated a statistically significant decrease in the waistline following four weeks of abdominal exercise training without weight loss.2 This would probably impress the men and women in the math club more than the dancers in the night club. However, it is supported by a study that compared subcutaneous fat of a trained arm versus the untrained arm after 12 weeks in subjects. In that study, the trained arm had less subcutaneous fat as measured by skinfold technique.3 The change in skinfold is not considered the “gold standard” way to measure fat loss. Finally, a reduction in the fat cell size was noted in subcutaneous fat overlying muscles exercised using isometric techniques.4

Couch Potatoes With A Six-Pack?

Researchers recruited 24 subjects (sedentary, non-smokers of stable weight) to follow a six-week course of exercise consisting of a five-minute treadmill warm-up at a gentle pace, followed by approximately 10 minutes of abdominal exercise.5 The “ab” workout consisted of seven common calisthenic movements performed for 2 sets of 10 repetitions, with 10-15 seconds rest between sets. The exercises were bent knee sit-ups, lateral trunk flexion, leg lifts, oblique crunches, stability ball crunches, stability ball twists and abdominal crunches. Yep, pretty much the summer camp gym class routine. Most readers can guess the results. No weight was lost, no abdominal fat was lost and body fat, waistline and skinfolds were all unchanged. So, was it wasted time? Not completely. The exercising group did perform better on an abdominal challenge compared to their baseline and the control group who did not follow the exercise protocol. Amazingly, even as little work as this improved the muscular function of this group. Of course, these were “couch potatoes” coming into the study.

Now, it is important to note that body fat and abdominal fat were measured by DEXA (dual-energy X-ray absorptiometry) rather than relying upon tape measures or calipers. Thus, it is fair to say that these subjects did not experience any favorable body composition changes or fat loss following this protocol. The energy expended would not account for very many calories, and the diet was not controlled— subjects were advised to continue to eat their typical diet. Food diaries showed that the diets did not change for the control group or the exercisers.

For generations of men who dream of walking the beach, along the boardwalk or across the college campus with a rigid, tortoise-shell torso, this is a disappointment. Day after day spent lying on those rubber-matted gym floors that retain more odors than a box of baking soda— crunching, curling and contorting the body, only to discover it was effort wasted in vain.

This might make many people consider scrapping exercise plans. After all, if the goal is to develop the physique, as much or more so than improving health by developing the core muscles and dropping fat, there seems to be little incentive for working out.

Au contraire, it can be done— easily but over time. Six weeks is a short time, and to expect such a limited amount of exercise to have any effect when the diet isn’t controlled is silly. To bring out the abs, two things have to be done— develop the abdominal muscles and reduce the overlying fat that covers those muscles like a blanket of lard.

Think of the specimens who have admirable abs. Sure, there are bodybuilders— but also boxers, gymnasts and martial artists. The abs is a group of several muscles responsible for supporting posture, aiding in breathing and generating movement/force (see images). The “six-pack” can be developed using simple crunches and pelvic tilts. People spend too much time flopping around like a salmon spent after spawning. The abs move the torso, not the legs or the neck/head. Tight, full contractions working the upper and lower range in controlled fashion are best for the rectus abdominis. These movements can be intensified using angled benches, stability balls or weights. The obliques “twist” the torso— this is the movement that creates much of the force of a bat swing, hook punch or certain kicks. Movements that mimic these actions will work the obliques, but to hypertrophy these muscles, the contractions need to be made against resistance.