The squat is the best leg-developing exercise because of its remarkable capacity to simultaneously activate most of the major muscle groups within the lower body, generating tremendous muscle growth and strength. While all of the muscle-building capabilities from squatting are fantastic, there has been some uncertainty about what training protocol elicits maximum strength gains while performing the squat. One of the more complex, yet seemingly simple, questions asked when assessing the capacity of a certain training approach to build strength is simply how many repetitions should be performed and at what intensity level. 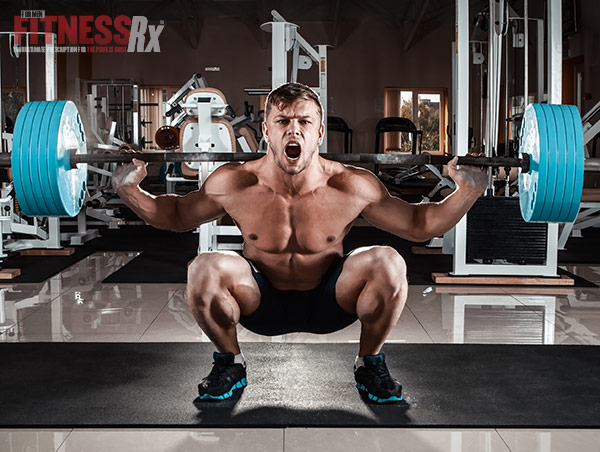 The typical training approach for maximal squat strength utilizes approximately 80 to 90 percent of your one-repetition maximum (1RM) within the repetition range of two to five, while using 75 to 85 percent of your 1RM within the repetition range four to 12 is usually employed to preferentially stimulate muscle hypertrophy. Heavier weights augment strength principally by inducing greater neuromuscular activation of fast-twitch muscle fibers, which contract more quickly than slow-twitch muscle fibers, producing more power.

Several studies highlight the aforementioned differences in training outcomes, pointing out that training prescriptions for hypertrophy differ considerably from those that preferentially boost strength.1 In fact, as a proof of principle, most powerlifters— whose primary goal is to get stronger— characteristically perform high-intensity training using 85 percent to 95 percent of their 1RM for three to five repetitions, while most bodybuilders utilize lighter weights in the 75 percent to 85 percent range of their 1RM, usually for eight to 12 repetitions.

A key element required for improved strength arises from an enhanced capacity to swiftly activate muscular contraction. It has been well documented that lifting heavier loads increases the ability to recruit, or activate, muscular contraction, demonstrating one of the pivotal mechanisms triggered by heavier loads that more effectively promotes strength gains.2,3 On the contrary, other studies have also shown increased levels of muscle activity can be caused while using lighter weights and more repetitions.4,5

The rise in muscle activity triggered while using lighter weights with more repetitions has been attributed to the sequential activation of additional muscle tissue that occurs in order to sustain muscular contraction throughout the entire lift as muscular fatigue accumulates. As a result, the larger amount of muscle activity brought on by the use of lighter loads and higher repetitions could potentially lead to comparable gains in strength that are seen when using heavier weight. However, the relative increase in muscle activity when performing more repetitions with lighter resistance is still unclear, when compared to the use of heavier resistance. Thus, the ability of this training approach to boost strength has remained undefined.

Since muscular fatigue brought on by higher-repetition training induces the activation of additional muscle tissue in a compensatory way, perhaps training techniques that pre-exhaust the muscle more extensively— such as drop sets, which use heavier weight to induce greater muscular fatigue, followed immediately by lighter-weight training to failure— may trigger an even larger amount of muscle activation, ultimately generating more muscle activity that further augments strength improvement. 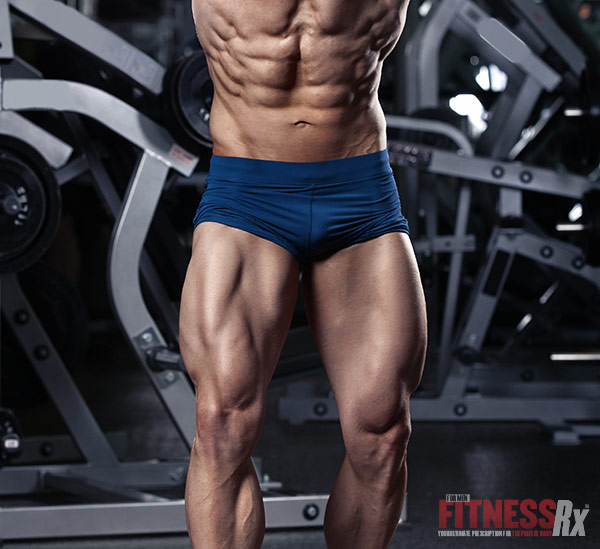 To further investigate whether higher-repetition training with lighter weights combined with drop sets could induce muscular activity comparable to heavy resistance training alone, Looney et al. looked at the muscle activity of the same upper leg muscles, while subjects performed the maximum amount of repetitions in the squat with a light load (50 percent of their 1RM) right after performing the squat with 70 and 90 percent of their 1RM to failure. This was done with no rest between any of the sets, to maximize muscular fatigue and hopefully induce greater muscular activity. The data showed that using the drop set method to pre-fatigue the muscle did not increase muscle activity above the levels seen when simply performing a set to failure using the same 50 percent of the 1RM.

Heavy resistance training alone is still one of the most effective ways to trigger muscle activity and bolster strength. Moreover, despite other training methods that successfully incorporate the use of light weights while bolstering considerable gains in strength, the use of pre-exhaust training methods at high intensity levels, combined with high-repetition training at light loads, does not produce the desired effect of increased muscular contractility— meaning this approach will likely be unsuccessful at boosting any significant amount of muscular strength.