How fast should you lift to maximize muscle growth?

This age-old question is an ongoing source of debate amongst bodybuilders and researchers alike. Some feel that explosive lifts optimize fiber recruitment and thus provide a greater muscle-building stimulus. Others claim that performing movements slowly maximizes tension on the muscle, thereby stimulating more hypertrophy.

Before answering this question, it’s important to understand that intentionally slowing down lifting tempo necessarily reduces the amount of weight you can handle.5 Since there is a direct relationship between training volume and the number of reps per set, you’ll inevitably perform less work when using a slow versus fast tempo, assuming the amount of load is equivalent.3 On the other hand, time under tension tends to be substantially greater at slower training velocities, meaning that the target muscles are stimulated for a longer period during a given set.9 The point here is that manipulating tempo alters the relationship between volume and time under tension, which at least in theory may produce differences in muscular adaptations. 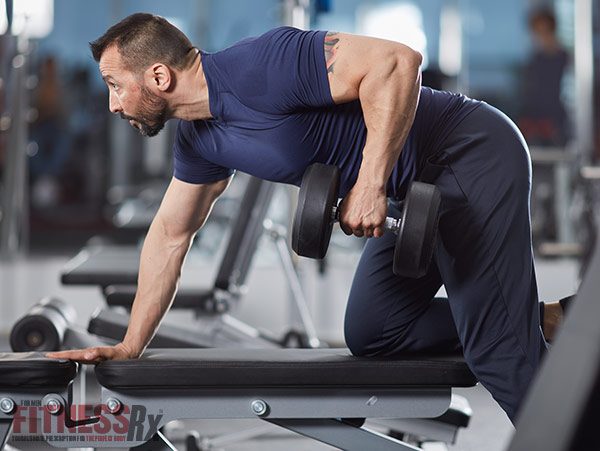 To determine how these factors play out in practice with respect to increasing muscle mass, my lab recently out a meta-analysis on the topic.6 If you’re not aware, a meta-analysis pools data from all studies that meet a certain inclusion criteria. In this case, studies had to be randomized-controlled trials that directly compared the effects of different training tempos on muscle hypertrophy in healthy individuals. Moreover, the studies had to last a minimum of six weeks, and both groups had to perform reps to the point of momentary concentric muscle failure. A total of eight studies ultimately met inclusion criteria— a surprisingly low number for such an important topic. Analysis of these studies showed no significant differences in hypertrophy between rep durations of a half-second and eight seconds.

On the surface, the results suggest that you have a fairly wide leeway with respect to how fast you lift. Provided that training is carried out to the point of muscular failure, the greater amount of total work provided by faster reps appears to be canceled out by the greater time under tension by reps performed at a slower speed of movement. Ultimately, muscle growth is similar regardless of whether the duration of the rep is a half-second or eight seconds. However, the limited number of studies on the topic gives pause when attempting to draw definitive conclusions.

Interestingly, there does seem to be a threshold beyond which slowing down the speed of the lift has a detrimental effect on hypertrophy. The cutoff seems to occur with “superslow” reps performed at a duration of 10 seconds or more. Here’s the issue: reducing the velocity of repetitions to such a slow speed substantially limits the amount of weight you can lift. For example, you can use approximately 85 percent of your one-repetition max (1RM) to perform six reps of a bench press at traditional speed to failure. However, slow that same lift down to where it takes 10 seconds (five seconds concentric and five seconds eccentric) and you can only use 55 percent of your 1RM. Here’s the rub: the reduced load results in reductions in muscle activation of the pecs by up to 36 percent!4 Since maximal hypertrophy is predicated on recruiting the full spectrum of muscle fibers and keeping them stimulated for a sufficient period of time10, it stands to reason that training in a superslow fashion is not conducive for maximizing growth. 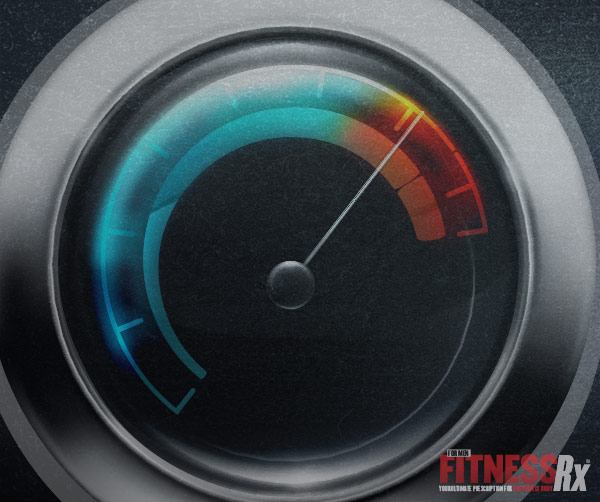 HOW SLOW IS TOO SLOW?

The only study to directly assess muscle growth in superslow versus traditional training supports the aforementioned hypothesis. Over a six-week study period, a traditional-speed group increased muscle cross-sectional area by 39 percent compared to only 11 percent in a group performing reps at a tempo of 10 seconds up, four seconds down.7 These results held true despite an almost fivefold greater time under tension for the superslow group.

An important point to consider is that our study looked at the total duration of the repetition without consideration of the individual concentric and eccentric actions. The issue: there simply haven’t been enough studies conducted to determine optimal concentric and eccentric tempos for hypertrophy. A couple of studies have shown beneficial effects of faster eccentric actions on muscle growth.1,8 However, these studies were carried out using isokinetic dynamometry, a specialized type of equipment that may not be applicable to customary dynamic training methods used by gym-goers.

One study did attempt to investigate hypertrophic adaptations between different concentric and eccentric tempos under traditional training methods.2 Twenty-eight women with previous resistance-training experience were randomized to perform lower body exercises, at either a two-second concentric/six-second eccentric, or a six-second concentric/two-second eccentric cadence. The relative load and total time under tension was equated between groups. After nine weeks of regimented training, hypertrophy of type I fibers was similar between the groups, but the slower concentric group displayed greater increases in type II fiber hypertrophy compared to the slow eccentric group. While these results are intriguing, there’s a major limitation from a practical standpoint. Namely, the relative loads were equated based on concentric strength. This means that the group performing slower concentric actions exerted a lot more effort in their sets compared to those performing slower eccentric actions. If the group performing faster concentric actions had been allowed to use a heavier load to provide a sufficient muscular challenge, the results very well might have gone the other way.

The take-home message based on current evidence is that a wide range of lifting durations can be used to maximize hypertrophy. Given the limitations of the current research, however, I’d suggest taking no more than about three seconds on the concentric portion of the movement. Beyond this cadence, you’d need to reduce the load to a point where it could negatively impact muscle activation to where the stimulus for hypertrophy is suboptimal. Eccentric actions should be performed so that the load is controlled against the forces of gravity; simply letting the weight drop fails to provide sufficient muscular tension for the majority of the action (and it also increases the risk of joint-related injury). As with concentric actions, there does not seem to be any advantage to slowing down more than about three seconds, and it is possible that doing so might be detrimental to growth.

It’s interesting to speculate whether combining different repetition durations may enhance the hypertrophic response to training. Unfortunately, no study to date has investigated this possibility. The best advice, therefore, is to experiment for yourself and see if this may spur additional growth. Remember: the best research often comes from what is learned in the trenches!