Skip to content
FitnessRX for Men > Training > Workout Tips > The Best Training Tips Ever > Get the Ultimate V-Taper
Share This!

Simeon Panda has become one of the most influential fitness professionals in the world, and was recently hailed by Forbes as one of the world’s top 10 influencers of fitness. Simeon typically performs anywhere from eight to 10 sets and six to 20 reps of the following exercises. Adjust according to your fitness level and goals. If you want focus more on your V-taper, in addition to these exercises you should also include pulldowns, wide-grip chin-ups, wide-grip pull-ups and pressing exercises such as dumbbell and military presses. 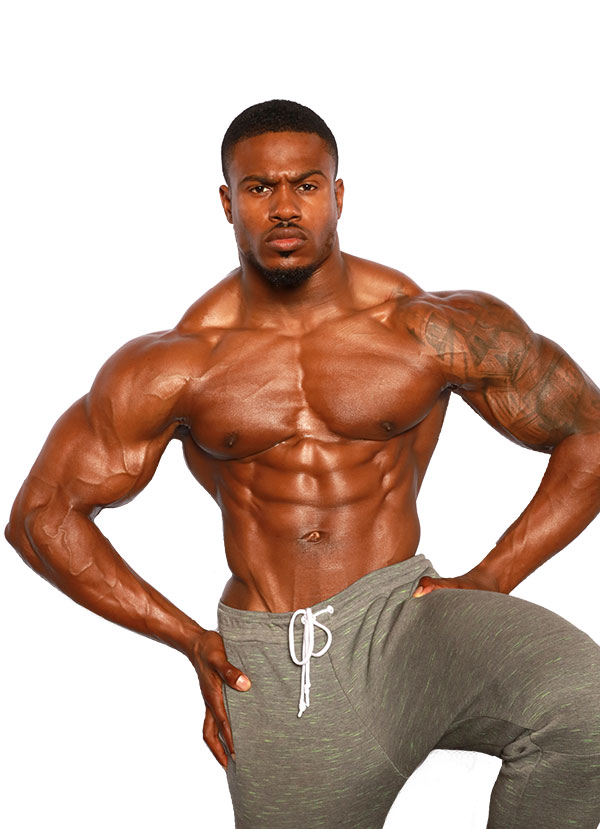 Dumbbell Lateral Raises: Begin by grasping a dumbbell and allow it to hang by your hips. With a slight bend to your elbows, raise the dumbbell up and out to the side until it reaches shoulder level. At the top of the movement, the rear of the dumbbell should be slightly higher than the front. Slowly return the weight back to the start position.

Barbell Front Raises: Hold a bar with an overhand grip with elbows slightly bent. Raise barbell upward until your upper arms are slightly above horizontal, then lower and repeat.

Front Plate Raises: Hold a plate in both hands with palms facing each other. Slowly raise the plate until it is slightly above shoulder level. Hold for a second before slowly lowering to the starting position.

Upright Rows: Hold a bar and stand with palms facing the front of the thighs. With a relaxing neck and traps, lift the bar up to the front of your shoulders, with elbows facing out. Lower and repeat. 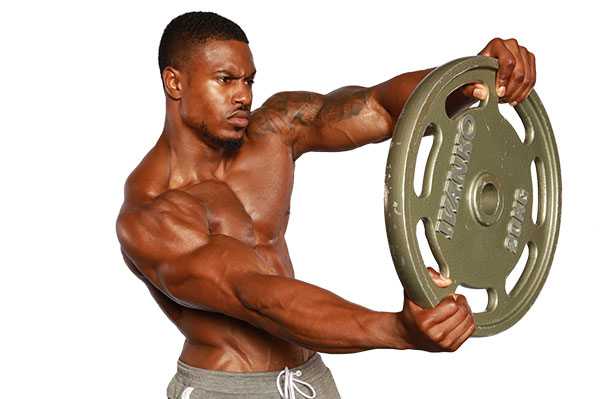 Simeon trains seven days a week— mostly because he enjoys the training and being in the gym. His workout sessions can be anything from an hour and a half to two hours.

“I’ve been training for legs twice a day for a few years— it was something I really wanted to bring up,” said Simeon. “So I believe that if you want to improve on a body part that you have to give it more time— that’s the only way it’s going to catch up.”