Skip to content
FitnessRX for Men > Training > Workout Tips > The Best Training Tips Ever > Ripped to the Core
Share This!

You don’t build an award-winning six-pack by not making ab training a consistent part of your program, and Logan Franklin’s no different. While some may train abs a few times a week, IFBB pro, fitness model and personal trainer extraordinaire Logan Franklin takes his own unique approach, training abs every other day by adding two exercises at the end of each workout.

“I’ll do two to three sets of each exercise and usually do those exercises to failure— which is around 25 reps,” he says. “I like to do straight sets for slow, controlled reps, making sure I squeeze as hard as I can on each rep and not just go through the motions.” 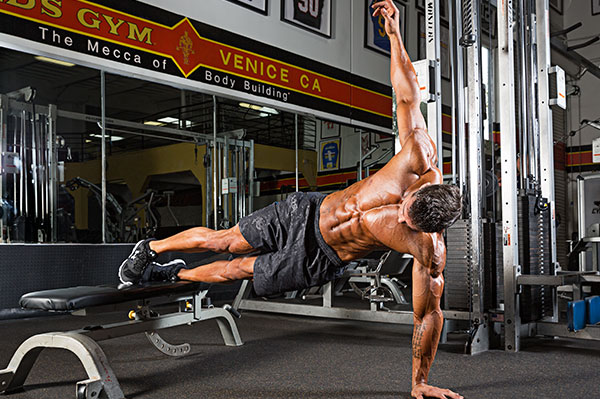 Like most these days, Franklin has eschewed traditional, steady-state cardio and transitioned to a high-intensity interval (HIIT) only approach. Instead of spending 30 to 45 minutes per session, Franklin spends 10 to 15 minutes per session and believes he burns more fat during and more after.

“I’ve completely stopped low-intensity, sustained cardio because of the fact that over time your metabolism will slow down,” he says. “For example, I did StairMaster cardio for eight weeks straight for my last competition and it slowed down my metabolic output. Now I’m doing HIIT cardio to get my heart rate to spike and burn more calories.”

When he’s prepping for a contest, Franklin will do cardio seven days a week. His intervals typically fall between 30 to 45 seconds of high-intensity work followed by 20 to 30 seconds of rest. 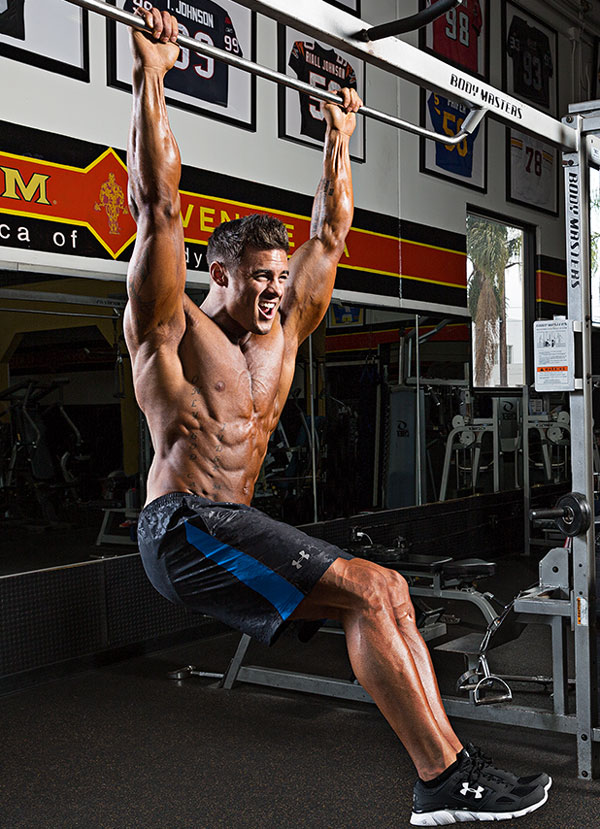 “For sled sprints, if I had a workout buddy we would set it up to where we would sprint pushing a sled for 20-30 yards, then turn around and sled sprint back to the starting point,” he says. “Then your partner goes and, by the time he comes back, it’s your turn again. That’s when you catch your breath.”

Franklin typically does five to 10 rounds of sled sprints but recommends 3-5 for beginners.