Most guys work out because they want to minimize fat and look cut. Preventing heart disease, diabetes, and high blood pressure is nice, but it doesn’t get to the heart of why men train— to look fit and sexually attractive. Unfortunately, life gets in the way. Who has time for the two- or three-hour workouts necessary to look cut and buff? Wouldn’t it be nice if you could build muscle and cut fat by training only one hour per week? 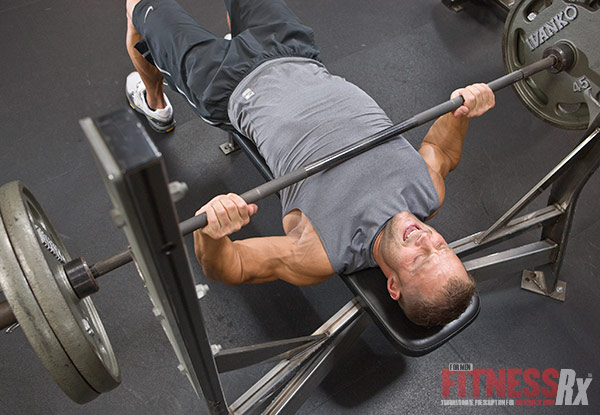 Studies from Southern Illinois University and from the University of Limburg in the Netherlands showed that it is possible to increase metabolic rate and burn 5 to 10 percent more calories every day by doing a high-intensity weight training workout that takes only 20 minutes. This workout is just as effective for increasing 24-hour metabolic rate as doing 3 sets of 10 reps for 10 exercises.

Based on this research, and several other landmark studies, FitnessRx for Men developed the One Killer Set workout that will get you in and out of the gym in 20 minutes. Do this workout only two to three days per week and you will increase muscle mass and lose fat.

This workout is not for wimps, and it won’t prepare you for the Olympic team. However, it will help cut fat and build muscle mass without spending hours in the gym. You work out quickly and then get on with your day. 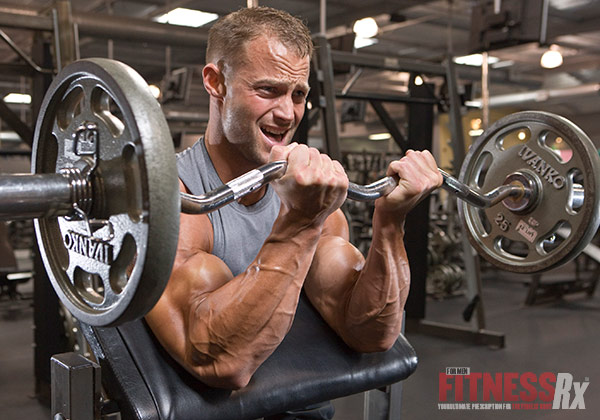 The Science Behind Weight Training for Weight Loss

Lack of exercise makes people gain weight. Physical activity studies conducted in the last 10 years showed that only 12 percent of the population participates in a vigorous exercise program, and 54.1 percent of people do not exercise at even moderate intensities for 30 minutes a day. Decreased physical activity required for daily living accounts for at least some of the American obesity epidemic. Technology advances have made it easier for most people to do little or no daily exercise at all. The attractiveness of television, computers, computer games, and video increased the time devoted to sedentary pursuits, further reducing physical activity levels.

A small change in energy balance— consuming more energy than expended— has caused a gradual increase in the American waistline. Men consume about 300 more calories per day than they did in 1980. Which doesn’t really sound like a lot. Three hundred calories is only one extra slice of bacon or a few slices of turkey or a couple of cookies or a large chocolate bar. But those calories do add up!

Intense weight training can help tip the scales back the other way and make it easier to create a caloric deficit. Most health experts advise overweight men to do aerobic exercise and cut down on caloric intake. However, most guys hate aerobics. They want to lose weight but don’t like to jog, ride a bike, or swim. The American and Dutch studies on weight training showed that lifting weights only two to three days per week for 20 minutes increased 24-hour caloric expenditure by 5 to 10 percent. Plus each workout increased post-exercise metabolic rate for 72 hours. 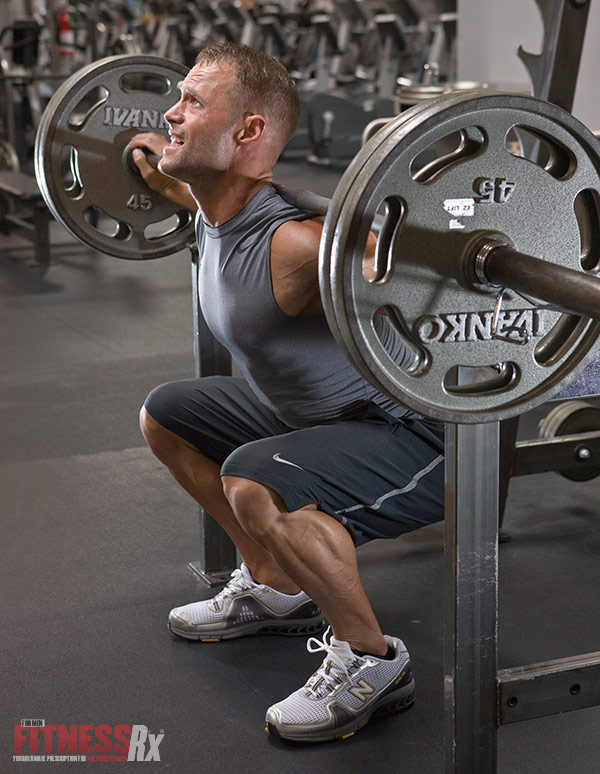 The One Killer Set Workout

This workout is designed for the average guy who needs to lose a few pounds but doesn’t have hours to spend in the gym. It is designed to increase daily caloric expenditure by 5 to 10 percent. The average man in America eats about 2,600 calories per day. The One Killer Set workout will increase 24-hour caloric expenditure by about 260 calories per day— about the same as the increased caloric intake since 1980. Do this workout faithfully, two to three days per week and you will change from a fat hoarder to a fat burner.

Consistency is the key. You will only increase metabolic rate if you do the workout consistently. Take a week off and your metabolic rate will return to normal and you will gain weight. Twenty minutes, two or three times a week is not too much to devote to a thinner waistline and a stronger, more powerful-looking physique.

The program is simple: do 10 exercises for 1 set of 10 reps, with a one-minute rest between exercises, two to three days per week. Work hard and train explosively. Go to the gym, work out for 20 minutes, and then get on with your day.

Choose exercises that work the major muscles of the body. This is sample workout, you are free to choose almost any exercises that stress the large muscle groups. Do 10 reps of the following exercises, resting one minute between exercises

Do each repetition explosively and move quickly from one exercise to the next. This is a difficult workout, but you will finish quickly and have the rest of the day for work, family, and having fun. Forty to 60 minutes per week is not too much to ask for a thinner, more muscular you.