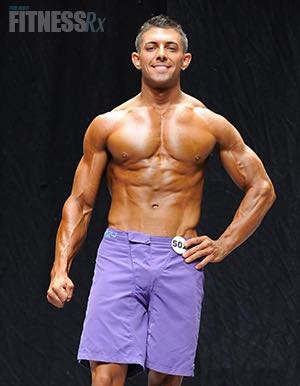 “Come at me, bro,” is my response to a majority of the guys on the forums/message boards hating on the Men’s Physique Division of the NPC and other organizations that have followed suit. First, excuse my slight rant but it has to be addressed. Then I will take you through a day in life of my legs at The Exercise Warehouse in Pittsburgh, PA. My leg training differs each week as I follow a version of Brandon Lilly’s Cube Method that I created to fit more into the bodybuilding… ehhh…hmmm, sorry, “physique” training of mine.

Unless you have sucked it up and got on stage, shut up. That is first and foremost. You have NO room to talk, simply because you go to LA Fitness and think you are big in that crowd gives you no right to down talk any one with the guts to prepare to step on stage in front of a large crowd. Phil Heath gave an exceptional speech at last years NPC Pittsburgh Championships, one that I will never forget. It was motivational, it was sincere and I look forward to hearing Mr. Olympia speak again this Saturday (as I write this, it is 4/30/13, the Tuesday before the show).

One of the big things he said is [paraphrased] that “no matter how you guys do or finish, you did it. You can say you stepped on stage in front of all these people and gave it your best. There are a lot of big guys out there in the gyms but they don’t have the commitment to diet down or the courage to get on stage, and that’s okay; it is not for everyone, but YOU are part of the 1% that had it in you to persevere and do it.”

His speech and all of the pro’s actions that day meant a great deal. It’s funny how the BEST of the BEST from four-time Mr. Olympia Jay Cutler, to the current two-time Mr. Olympia Phil Heath and many more will salute and congratulate you, but “bros” lacking the will power and drive will down talk you.

To conclude my rant, this is somewhat brought on by Marc Lobliner’s recent “Cardio Confession.” As I plan to land in this industry and be a presence for some time, Marc is an inspiration to me. He is hard-nosed, driven and successful. It wasn’t easy, but he’s doing it and living his dream. Basically he put out a “Cardio Confession,” that I will address as another story, about his thoughts on the Men’s Physique Division. He basically admitted being pro-MPD while hitting it with a backhanded complement. Yes, he was for it but it was for the business aspect. See, men’s physique is bringing more people to shows, and more money to the supplement industry. It is an attainable look (which is why I switched to it from bodybuilding in 2012), and the average male with a strong work ethic, will to win who may be lacking phenomenal genetics or exogenous hormones can obtain. I am a personal trainer, finishing my M.S. in Wellness and Human Performance, and eventually pursuing my PhD. My clients know that my look is attainable. I am not freaky big, I have symmetry, am well proportioned and muscular. The individuals I work with to know that I am all-natural and through proper nutrition and training, they can achieve the body desire without any illegal drugs to make them bigger, stronger or more lean.

So, yes, there are a number of MPD competitors lacking a set of wheels but they honestly piss me off, too. If it is due to not training legs, then come one guy’s quit giving us a bad name, but if it is just poor genetics or they started their athletic career as a runner, what can you do (besides feel bad they were once a runner)? Either way, respect the fact that these guys are stepping on stage, we may only be doing quarter-turns but we’re up there doing it. To Marc’s “Cardio Confession”:

HOW ARE YOU GOING TO CLAIM TO BE HARDCORE DOING THE SAME INTENSITY CARDIO AS THE SILVER SNEAKER (Senior Citizen) POPULATION AT THE LOCAL YMCA? 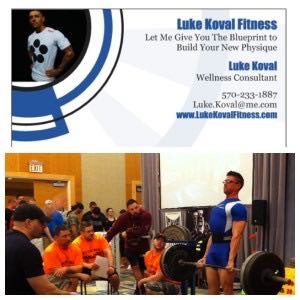 Come on man, you’re walking and talking, what is that an RPE (rate of perceived exertion) of about two? Listen, all of you out there talking shit on MPD or anything for that matter have no room to talk if your cardio consists of mimicking a hamster for an hour. Anyone can do that, why don’t you try busting your ass and pushing yourself, push a sled, pull a prowler. Don’t have access to either? Push a car or a truck, get on a spin or Wingate cycle and do HIIT until your feel like you’re going to die. I may only do cardio 1-2x per week for about 20 minutes a clip, but I can’t even think about talking during it, let a lot answering questions on my treadmill confessional, but then again I only compete in the Men’s Physique Division so what the hell do I know? Sorry man, we don’t have to agree on things for me to still admire your work.

All right, for what you’ve all been waiting for “Leg Training with Luke (MPD competitor)”

I have always trained for power along with aesthetics, circa Arnold and Franco. These guys not only looked like they were carved out of stone, they could deadlift that same stone and press it overhead. Recently I competed in the NPC Natural Northeastern Championship, 2nd in Class A MPD, and one week later entered the Pittsburgh Monster Meet, where I captured a 1st place plaque for my deadlift. At 165 pounds, I hit 440 but missed on 465 a single week after preparing for an NPC event.

My training is power lifting based with an emphasis on bodybuilding. This came about when Brandon Lilly released his Cube Method (highly recommended). I had the opportunity to be a part of “THE CAGE” presented by Animal at the Arnold Classic, one of the greatest training experiences of my life. In the cage I was able to pick Brandon’s brain and discuss what I was planning on doing to the Cube Method to have it fit my goals. We were able to chat for a good amount of time and I went to the drawing board. I created my modified Cube for Bodybuilding and have implemented it since the Classic.

I have seen strength and hypertrophy gains, while following a diet tailored to my needs to burn fat and increase muscle growth. My training consists of heavy days, repetition days and explosive days (one per week) and the Cube works off three-week micro cycles. I additionally train each muscle group one to two more times per week based on the muscle and sometimes add in that day of HIIT. It is complex and I keep an excel spreadsheet on my iPhone’s drop box to know what rep and percentage scheme is being implemented that day.

Today’s training session for squats was a repetition day and looked as follows:

Each week, training is different but builds on one another. Leading into a show, I substitute a HIIT cycle session for one of my leg days, and if you would get off the treadmill, man up and try this method. You would find that the pump you receive is as great as a solid leg work out. If you don’t believe me, check out some other advocates of this method. You may have heard of Dr. Layne Norton and Ben Pakulski? Yeah Ben’s got the sickest wheels in the game and he subscribes to HIIT, none of that steady state trash for these animals.

There you have it folks, I gave you a rant and a solid leg workout to try for yourself from a Men’ Physique Division competitor. To conclude, if you think the guys in board shorts are just using them to cover up non-existent legs, you’re dead wrong. Look and the top guys in this division such as Sadik Hadzovic, Craig Capurso, Steve Cook, Mark Anthony Wingson and many more. These guys train hard and have not only the upper body, but also wheels to show for it. Next time you go to talk down on these guys, look in the mirror and check your training to see if it matches up.

Luke Koval, 26, is a national-level NPC MPD competitor and has also competed as a bodybuilder on the NPC stage.